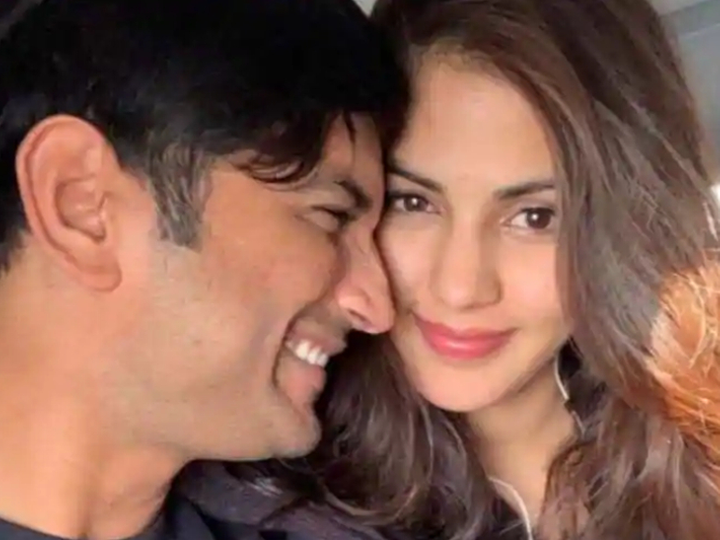 Sushant's body was found hanging in his flat in Mumbai on 14 June. Sushant's father had filed a case against Riya in Patna. Riya is accused of harassing Sushant. (File photo)

The Supreme Court will give its verdict today on the application of Riya Chakraborty in the case of the death of actor Sushant Singh Rajput. The verdict is expected to come at 11 am. Riya, who was a girlfriend of Sushant, has appealed to transfer the Patna investigation to Mumbai. On August 11, the Supreme Court in this case had sought a written reply from all the parties while keeping the judgment reserve.

How did the central government respond?
Solicitor General Tushar Mehta had said that the decision of the CBI inquiry is correct. Mehta has also questioned the manner of the Mumbai Police. Their is that the Mumbai Police did not register any FIR, then sent summons to 56 people and recorded their statements?

Mehta has also argued that ED has already registered a case in Sushant case. When a central agency has started an investigation, then there should be no objection to other agencies conducting investigations as well.

Who has responded in the case transfer case?
Government of Bihar: On behalf of the state government, former Additional Solicitor General Maninder Singh has said that the Chief Minister of Bihar did not interfere in the matter. The CBI probe was recommended on the advice of the officers concerned. There may be political pressure in Maharashtra, but it will not happen in Bihar. The Maharashtra Police also did not cooperate with the Bihar Police.

Riya's lawyer: He has questioned the Bihar Police case. He says that the case has no connection with the Bihar Police's FIR. There is a possibility of discrimination there. There should be independent and impartial investigation.

Government of Maharashtra: Lawyer Abhishek Manu Singhvi replied that the state government has submitted the investigation report in a closed envelope. The Bihar government transferred this case very easily, even though it does not come under its jurisdiction. Singhvi has also raised questions about recommending a CBI probe by the Bihar government.

Riya Chakraborty Taking the Patna Police case as a zero FIR, it should be transferred to Mumbai. Sushant's father has wrongly accused me. All my financial transactions are very clear. There is nothing that justifies me. I have no meaning in the case of Sushant's death.

Sushant's father: KK Singh through his lawyer Nitin Saluja has given affidavit saying that Riya has started impacting the witnesses. He has also taken a U-turn from the talk of CBI investigation.

KK Singh says that questions also arise on an email sent to the Mumbai Police. If the mail was sent by Siddharth Pithani, how did Riya and other important witnesses share it? Who is the biggest suspect in this case? The email was sent a day after the FIR was registered in Patna and a day before the case transfer was filed. It seems that Riya got the pressure put on the important witnesses and got them reconciled.

Bihar government recommended CBI inquiry
Sushant's father KK Singh had lodged an FIR against Riya in Patna. They allege that Riya instigated Sushant to commit suicide. The Bihar government, on the other hand, recommended a CBI inquiry into the matter, which the Center accepted. The CBI then registered a case against some people, including Riya.

Sushant's body was found hanging in his flat in Mumbai on 14 June. Police termed it a case of suicide. However, Sushant's fans, family members and many politicians raised the demand for a CBI inquiry expressing suspicion of murder.