sushant rajput case supreme court | decision today on rhea chakrabortys plea to transfer case from patna to mumbai. | Today the case registered in Patna will be Mumbai transfer or will be with CBI; Court can hear verdict at 11 am 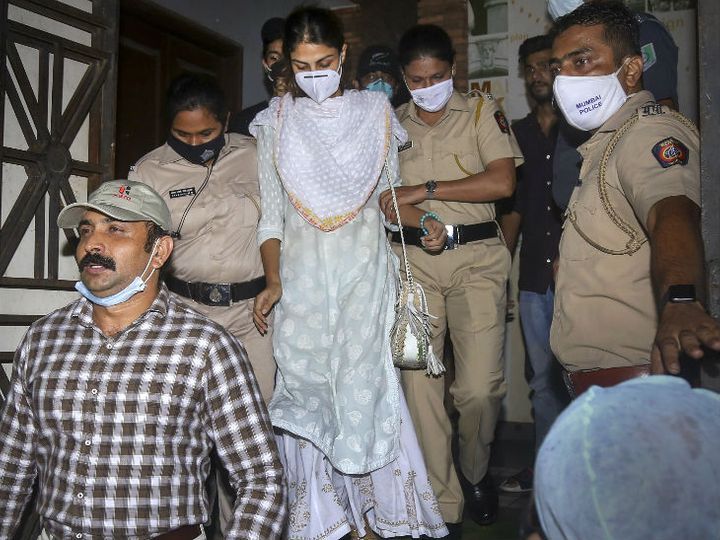 Riya Chakraborty has also filed a petition in the Supreme Court to stop the media trial, which is to be heard on August 21.

The Supreme Court is likely to pronounce its verdict on the pleas of actress Riya Chakraborty, requesting the transfer of the case filed in Patna on behalf of Sushant's father KK Singh to Mumbai. With this, it will become clear that the Mumbai Police or CBI will investigate this case.

Justice Hrishikesh Roy will deliver the verdict at 11 am. The petition was filed by Riya to transfer the case to the Bihar government and Sushant Singh's father K.K. K. Singh is protesting.

Bihar government said this
The Bihar government had told the apex court in this case that due to 'political influence', the Mumbai police has not even registered an FIR in the case of actor Sushant and with this he has not given any assistance to the Bihar police in this case. .

Central government
The Center has sought the approval of the apex court to probe the case from the CBI and ED. The Center told the top court that CBI has already registered an FIR on the request made by the Bihar government.

Actress Riya Chakraborty's side
Riya had told the Supreme Court in writing that the Patna FIR should be considered a zero FIR and it should be transferred to the Mumbai Police.
Along with this, Riya has insisted that Rajput's father has made baseless allegations against her.

He has said that the maximum that can be done in such an instance is that the case registered as a 'zero FIR' should be referred to the police station having jurisdiction.

Riya also says that the investigation in Bihar is completely illegal and such illegal proceedings cannot be transferred to the CBI.

Argument from Sushant's father
Sushant Singh Rajput's father K.K. K. Singh informed the Supreme Court that Riya has already started influencing the witnesses associated with the case and has also taken a U-turn on the CBI investigation. K. K. Singh's lawyer has argued that Riya also wanted a CBI inquiry into the matter, then why is she against it now?

Mehta insisted that the ED has already started an investigation and that a second central agency (CBI) should also be involved in the case after a central agency has registered a case.

The sister said this before the verdict

Before today's decision, Sushant's sister Shweta Singh Kirti posted a picture of Mahabharata on her social media account with a slogan of Geeta. It is written, 'Move from darkness to light!'

The Supreme Court had also dismissed two petitions regarding the investigation of Sushant Singh Rajput's case. In this, a petition was filed by a woman named Alka Priya. Whose hearing was said – This is a matter of jurisdiction, you can go to Bombay High Court. At the same time, on the plea of ​​a law student seeking CBI and NIA, CJI SA Bobde asked who are you? The bench said that you are a stranger, who is interfering unnecessarily in this matter. Sushant's father is fighting this case. We reject your petition.

Yuzvendra Chahal on MS Dhoni Retirement for Coronavirus N Srinivasan say close of an era with Dhoni Retirement News Updates | Chahal said – The main reason for his retirement is the changed atmosphere due to Corona epidemic, otherwise he wanted to play T20 World Cup.