Sushant singh rajput case: after getting verdict on CBI investigation case the family of late actor released an emotional statement | After receiving the case from CBI, the family issued a statement saying – We are confident that the culprits will be punished for their crime 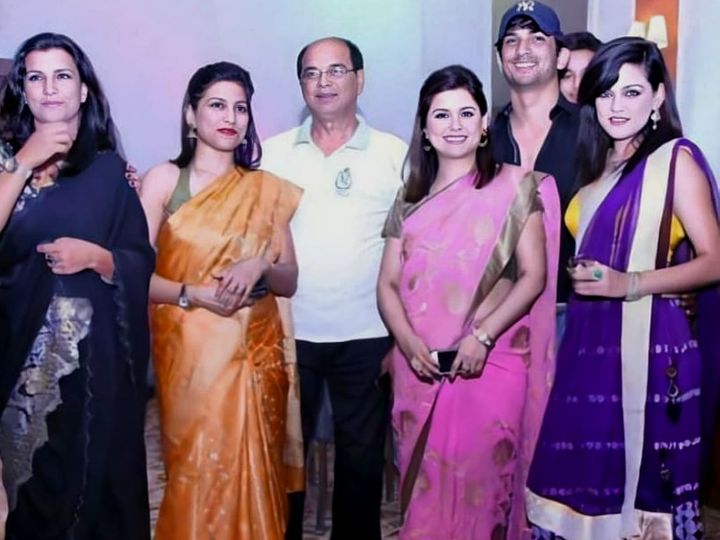 For more than a month, Sushant's family and fans were waiting for the day for the Supreme Court to hand over the investigation of Sushant's death to the CBI. For this, there was a digital campaign in the country and abroad. On August 19, the Supreme Court gave its verdict and the investigation was handover to the CBI. After this incident, Sushant's family has issued a Thanks giving note. 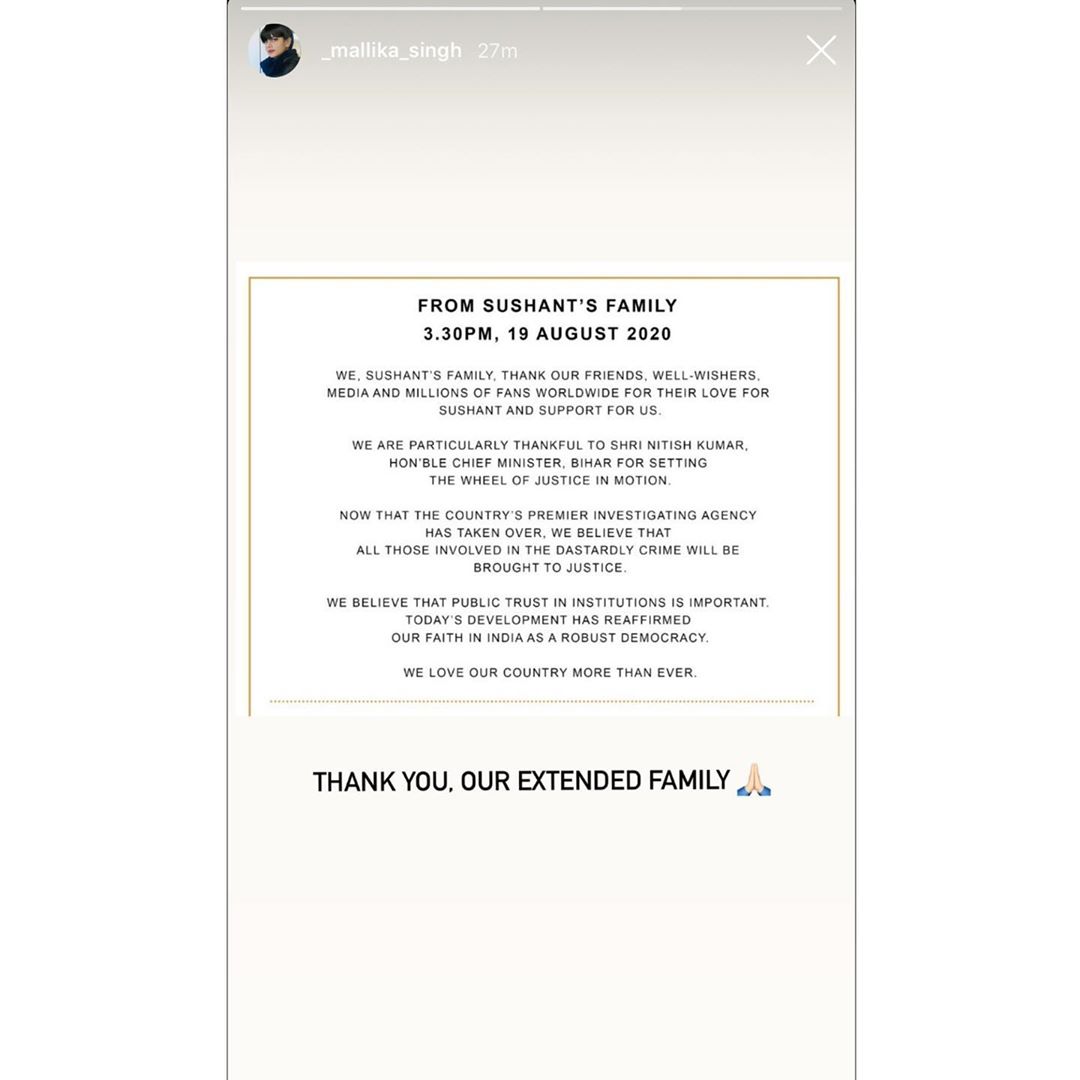 Mallika Singh has written this note on her Instagram story. In which it is said that the heartfelt gratitude of Sushant's family, friends, well wishers, media and his millions of fans around the world. We are grateful to you for your deep love for Sushant and for standing firm with us. We especially thank Bihar Chief Minister Nitish Kumar. He speeds up the obstructed justice process. Now that the country's most reliable investigative agency has taken over, we are confident that the culprits will be punished for their crime. We believe that people's trust in institutions should remain. Our faith in democracy has been strengthened by today's developments. Our love for the country is unwavering. Today it has become even stronger. Thank you our extended family. 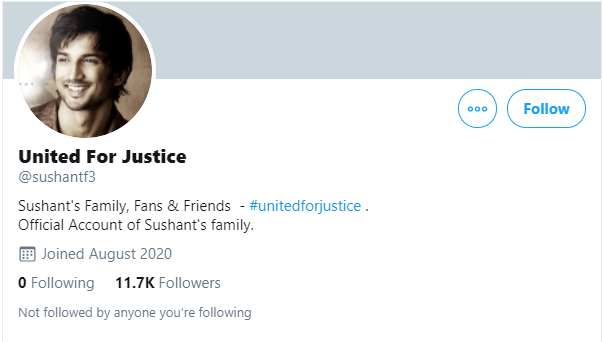 The family, seeking justice for Sushant through social campaigning, has also created a Twitter handle called United for Justice. This account was created only in August 2020. In which more than 11 thousand people have followed till now. Sushant's sister Shweta Singh Kirti and niece Mallika Singh are also campaigning on this matter on social media.

Indian Army Road, new road to Ladakh, Pakistan and China front in Ladakh, Indian Army, mountainous Union Territory (UT), Indian Army, Indian troops and tanks | From this road, the soldiers and tanks will be able to move easily, the enemy will not even notice; 3-4 hours left