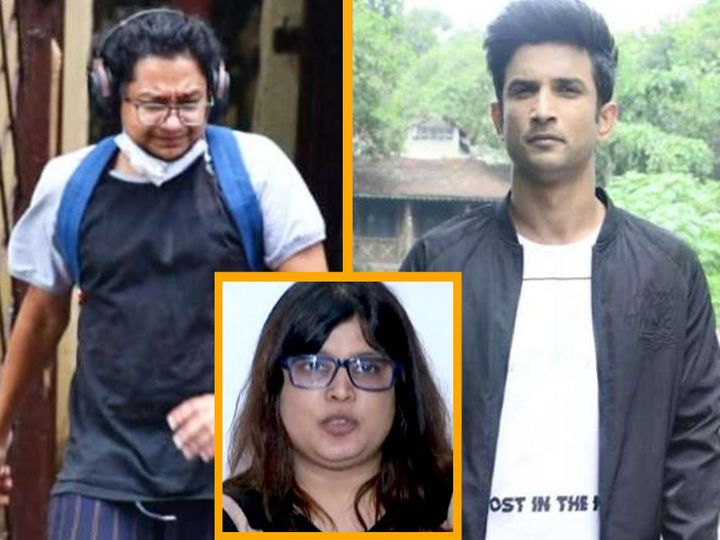 According to Smita, she was surprised to hear Siddharth Pithani's statement.

Suspect Singh Rajput's death is being doubted with actress Rhea Chakraborty and producer Sandeep Singh as well as his flatmate Siddharth Pithani. A family friend of Sushant claimed that he spoke to Siddharth Pithani 5 days after the actor's death. During this, Pithani told him that talking to Mumbai Police is like taking therapy for him.

In a conversation with Republic India, Sushant's family friend Smita said, “I spoke to Siddharth Pithani five days after Sushant's death. He told me to give a statement to the Mumbai Police three times before going to his hometown (Hyderabad) It was over. It was a relief for him to talk to the Mumbai Police. As if he was undergoing some therapy. As if the burden was removed from his chest. ” According to Smita, Pithani was very happy with the way the Mumbai Police handled the case and she was surprised to hear it.

Four days have passed since the CBI was probing the case in Mumbai. On Sunday, Siddharth Pithani reached Mumbai from Hyderabad and started questioning him. The CBI has called him on the third day i.e. Tuesday, after two consecutive questions and answers.

A few days ago Vikas Singh, a family lawyer of Sushant Singh Rajput, described Siddharth Pithani's role in the case as highly suspicious and called him an intelligent criminal. Singh had said that Pithani was in touch with the actor's family till the FIR was registered against Riya Chakravarty in Patna and was trying to help him. But as soon as the FIR was done, he started helping Riya. During this time, he had said that if Siddharth is detained and questioned, the whole truth will be revealed. Singh had also raised some questions, which are as follows: –

On 14 June, three more people were present at the house besides Pithani.

On June 14, Sushant's body was found hanging in the Bandra flat, at that time there were four people. Siddharth Pithani (Sushant's flat-mate), Dipesh Sawant (Sushant's friend), Neeraj Singh (house keeper), Keshav (cook). Neeraj told the story before Sushant's death in a conversation and told that Sushant had breakfast in the morning. But when the staff went to ask him what to make for lunch at 10: 00-10: 30, he did not open the door.

About an hour later, Siddharth suspected something wrong. He calls Mitu and opens the lock by calling the keymaster. It is being told that Siddhartha went to the room first and was horrified to see Sushant hanging from the fan. Then he brought Sushant down from the fan. After this Sushant's sister Mitu also came and Mumbai police came and started investigation. Mumbai Police has also given a statement that they too had not seen Sushant hanging.

1. Sushant's flatmate under suspicion: Know who Siddharth Pithani is accused of hiding many secrets related to Sushant Singh Rajput's death

3. Sushant's sister's support to Kangana: Family lawyer accused Kangana of running his agenda, Sushant's sister Shweta called him a warrior and said – you are our strength

Dk Shivakumar Says Tested Positive For Covid 19 Admitted To Private Hospital In Bengaluru – Congress leader DK Shivakumar, who is Corona infected, is admitted in a private hospital in Bangalore

Oppo A53 launched in India at just this price, will get triple camera and many special features. launch-review – Tech News

Oppo A53 launched in India at just this price, will get triple camera and many special features. launch-review - Tech News