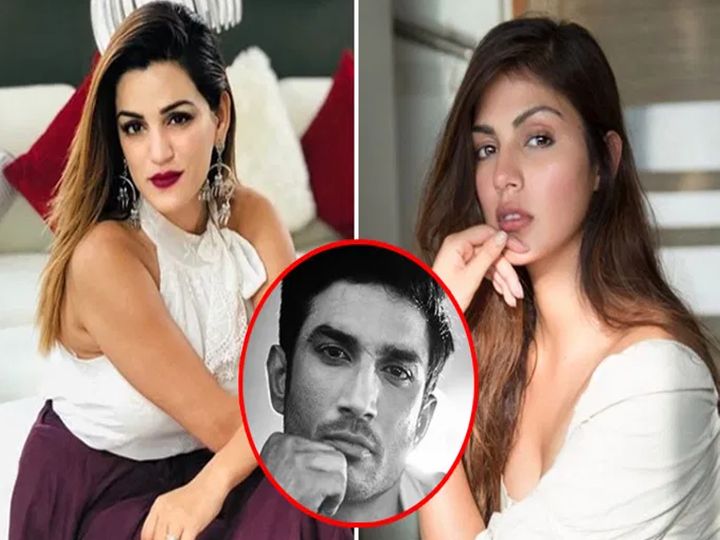 An angle of drugs has surfaced in the case of Sushant Singh Rajput's death. Recently Riya Chakraborty's chat related to drugs connection has surfaced. In this, she is talking to a person named Gaurav about drugs. After this revelation, Sushant's sister Shweta Singh Kirti and brother-in-law Vishal Kirti have given their reaction.

Shweta wrote on Twitter, 'This is a serious crime. CBI should take immediate action on this.

At the same time Vishal Kirti wrote after seeing the news of a news channel, now it came to know that Riya and the other conspirators she met were giving drugs to Sushant by mixing coffee.

Now that we know from @TimesNow 'S disclosure that Rhea and her coconspirators were surreptitiously administering drugs to SSR in coffee, looks like my hypotheticals in this post (based on the FIR) were not off the mark. Read the section where I question Rhea’s role. # Justice4SSR https://t.co/k30iyQGwQh

Sushant's family lawyer Vikas Singh has also reacted after Riya's chat went viral. He told a news channel, 'In the FIR, we said that Sushant was given a drug overdose. We used to think that there would be some drugs which the doctor suggested but this disclosure is shocking. This means that Sushant was being given hardcore drugs which are given to control someone's mind.

The chain of drugs started in 2017

Riya's four chats have gone viral, proving that Riya's life had a drug entry in 2017 and is going on till 2020. However, it is not clear in the latest chat whether Riya was demanding the drugs for herself or to give it to someone else.

On August 10, the Enforcement Directorate (ED) seized 4 mobile handsets belonging to Riya and her family. Among these, two phones are from Riya and one is from her father and brother. Two iPads and a laptop were also captured by the ED. All these electronic devices were sent to forensic labs for examination. It is being claimed that the drugs angle has been revealed during this investigation.

Earlier, the news channel was quoted by Sushant's cook Neeraj Singh that Sushant smoked cigarettes for drugs. A few days before his death, he rolled up marijuana cigarettes for the actor. She also said that Sushant, Riya Madam and the rest of their friends used to party together.

India US | Indian Ex-athlete Iqbal Singh Arrested On Double Charge Of Murder In America Pennsylvania | After killing the mother and wife, the son was called and said – I have killed your mother and grandmother, tell the police.

India US | Indian Ex-athlete Iqbal Singh Arrested On Double Charge Of Murder In America Pennsylvania | After killing the mother and wife, the son was called and said - I have killed your mother and grandmother, tell the police.