Disha Saliyan (right) died on June 8 from the 14th floor of a building in the Malad area of ​​Mumbai. No suicide letter was recovered from him.

Actor Sushant Singh Rajput and his ex-manager Disha Saliyan both died on a week's gap in June. Sushant's body was found hanging from a fan in his Bandra flat on 14 June, while Disha gave her life by jumping from a flat in Malad. Now some screenshots have surfaced of the WhatsApp chat between Disha and Sushant, which proves that the two were in contact with each other in April. 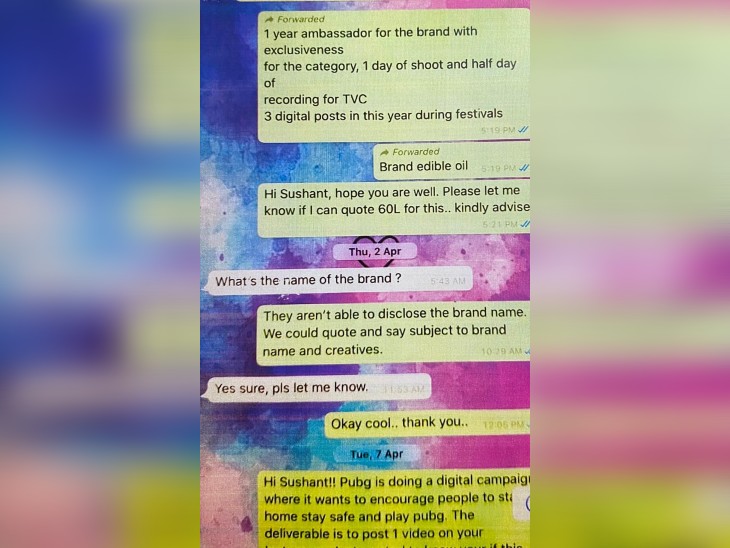 Conversation between Disha and Sushant took place between 2 and 7 April.

The chat reveals that Disha was looking at Sushant's PR and they were in constant touch on new projects. Apart from this, the chat also reveals that Sushant was also getting offers for television advertisements in April. 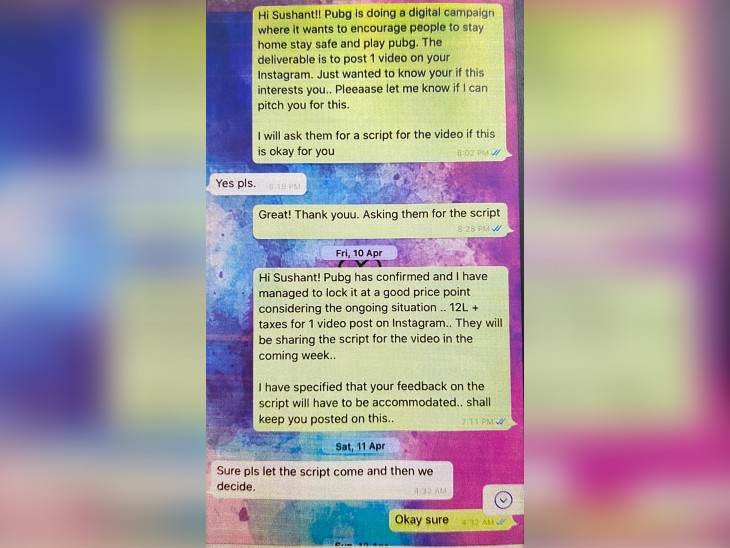 The conversation between Disha and Sushant took place between 7 and 10 April.

Chat between the two four times in 10 days
Among the parts of the chat that have come to the fore, Disha and Sushant are discussing a brand to join and offer. Disha also organized an online interactive session for this. During this chat, Siddharth Pithani's name also came up as 'Sid'. This conversation took place between Disha and Sushant on 2, 7, 10 and 11 April. 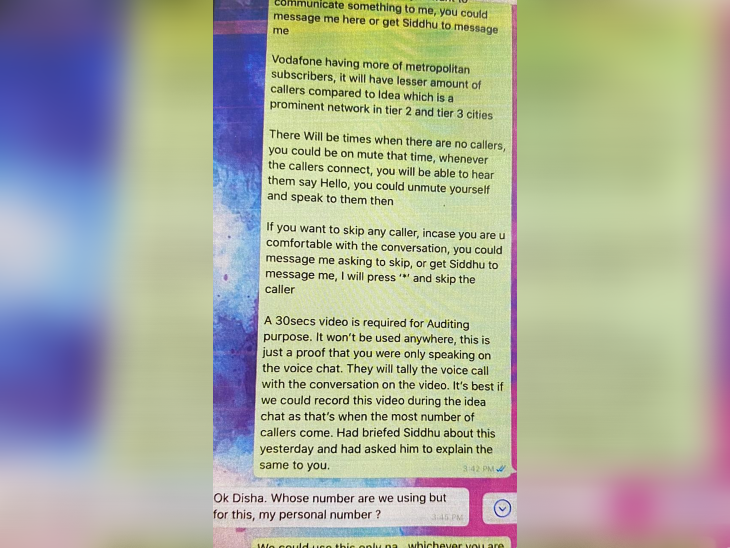 The conversation between Disha and Sushant took place on 10 April.

The first direction was claimed to meet only once
Earlier, Disha's family and media reports claimed that he and Sushant had met only once. These screenshots of the Whats app disprove that claim. In this, both are talking long about professional life. 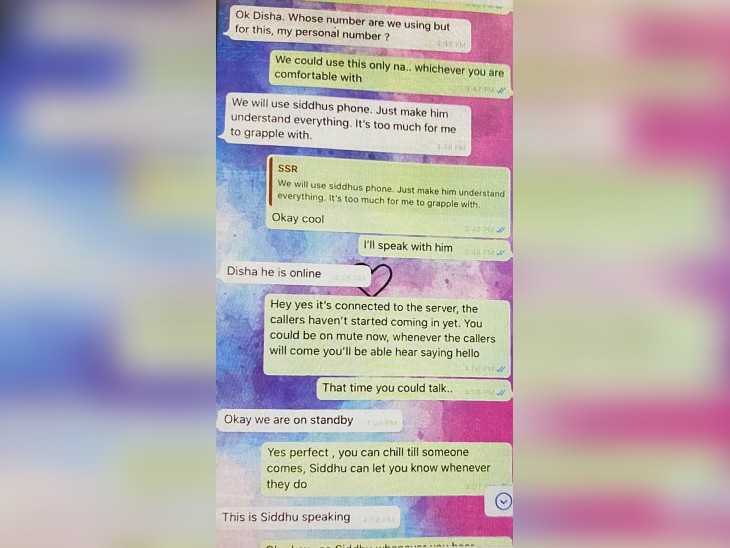 Worked with Sushant on a watch project
Disha was working on a project with Sushant Singh Rajput. She was working for Sushant in shoes and watch ed. Everything was going well with that project but it never started due to the lockdown. 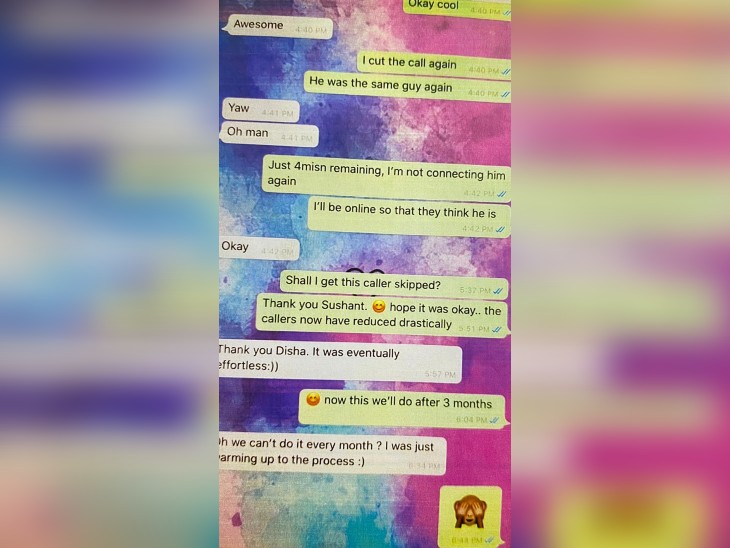 Disha Salian's career
Disha Salian lived in Mumbai with her family in Dadar flat. He started his career with a newspaper. After this, Disha joined the company named IPAN in 2013. Disha managed Aishwarya Rai in 2015 during the film Jazbaa. She was then working with Smith PR Company. Disha worked for actor Varun Sharma during the film Chichhore. She was then associated with 'Quan Entertainment and Marketing Solution'. It is said that he met Sushant at the same time.