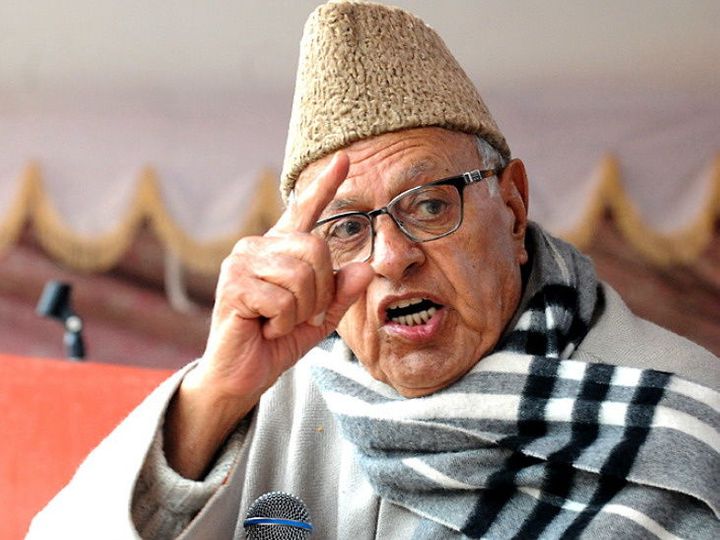 National Conference President Farooq Abdullah said that he will set his agenda after the release of all the leaders. (File photo)

(Mudassir Kullu) When all the leaders are released, then we will set our agenda. It is not possible to say anything now … This is to say that of Farooq Abdullah, former Chief Minister of Jammu and Kashmir and President of National Conference. He told Bhaskar that we have appealed in the High Court that many of our leaders are illegally closed.

Thank God that after a year many leaders got permission to come home. I will call other leaders to find out if they are liberated. The government says that a political process has been started, on completion of which we will be able to roam freely. I hope that our leaders will not be shut down again.

Farooq says that many people across the country have raised their voice against the central government's decision to remove 370. Trinamool Congress, Congress leaders Kapil Sibal, P Chidambaram, Sharad Pawar and Sitaram Yechury have spoken out loud. Even the Shiv Sena has asked the BJP what you got by removing 370. Voices are rising from across the country that injustice has been done in the valley. They say that we will not sit silent about what has happened in Kashmir.

We want to get people out of their problems in Jammu and Kashmir and want prosperity in the state. When all the leaders are free, then we will meet and sit down and decide our political agenda. 370 After the withdrawal, Abdullah of the valley says that every person knows what has happened in the valley.

Government's responsibility to create security environment in the state

He said that people are in a bad situation. After what has happened, people have lost faith in democracy here. I had called a meeting on 5 August, to discuss the subject. But the meeting was not allowed to take place. Silent declaration is our main agenda.

We are also hurt by the detention of PDP chief Mehbooba Mufti. While regretting the attacks on Panch-Sarpanch and political activists in the valley, he says that these attacks should be condemned. It is the responsibility of the government to create an atmosphere of security in the state.

More than 50 crore people were to get the benefit of 'PM-Jai'; But only 32 crore could be identified, more than 10 crore beneficiaries on paper