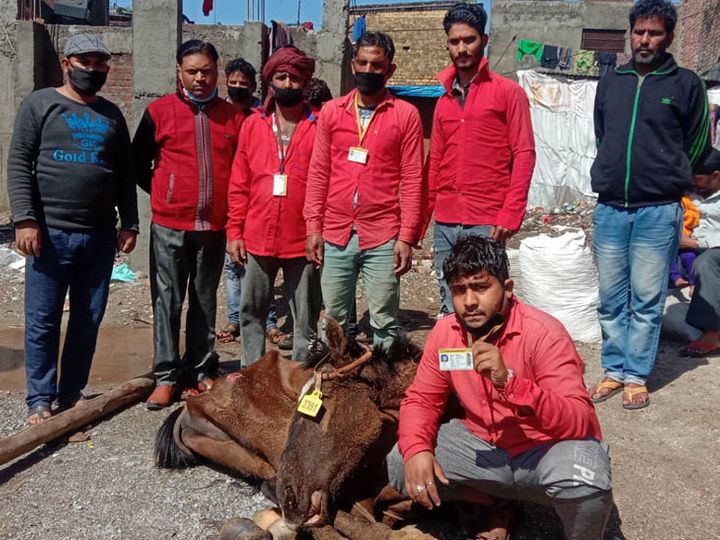 In the lockdown, the horse-mule runners were in such a condition that they could not even fill the stomach of their animal and the animals died.

People in Katra have been running horse-mules for generations. Many became owners of hotels and restaurants while doing the same thing. Some are still doing the same. Horse-mules are not just a source of income for these people, but are part of the family. Their life goes on with them only. They are kept in front of the eyes round the clock. Just as there is a room for children in the house, similarly these people keep a room or fence for their horse and mule. We mourn the death of a horse, as it is celebrated when humans are no more. 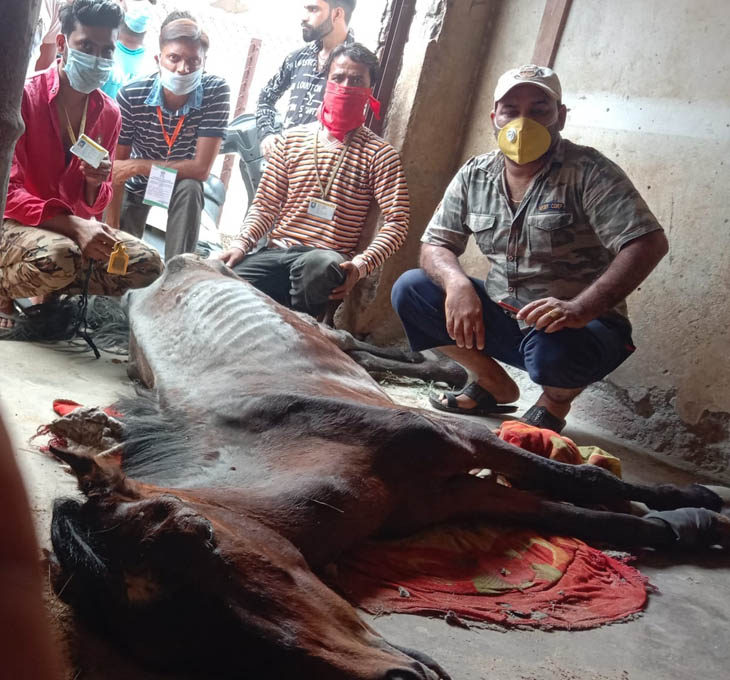 Horse-mule operators could not feed their animals in lockdown, so many animals died.

Around 15 horses and mules died due to hunger in Katra in the lockdown. The work of these people was also stopped after the journey stopped from 18 March. A horse-mule diet costs 400 to 500 rupees a day. They are fed gram and fruits. But, in lockdown, the owners could not give this diet to their animals, because they themselves had to eat and drink. As a result, between April and July, about 15 horse-mules were killed one by one. The case of killing animals like this reached the High Court. Subsequently, the administration and the Shrine Board swung into action and provided a diet for the animals. However, these people got this help from the board only twice in the last 6 months. 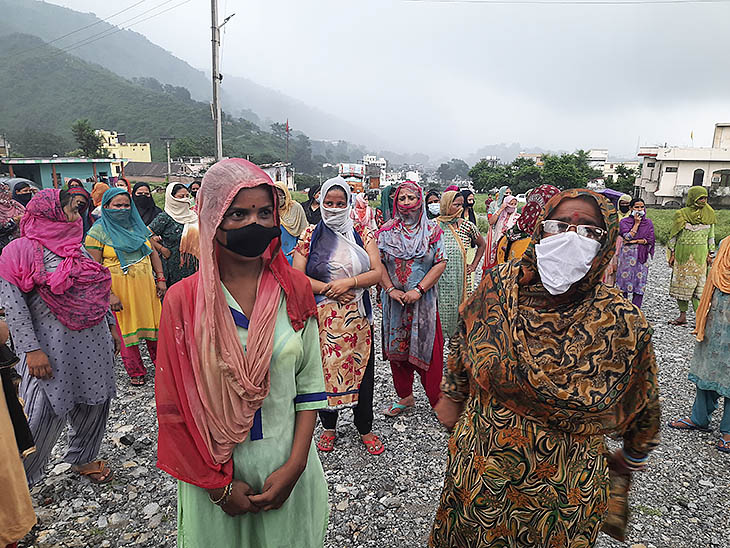 They are women from the family of horse and mule-goers. She says, nobody came forward to help us.

Ajay Kumar, who has been riding a horse on Mata's track for 20 years, died in April due to hunger. They had only one horse. They say, for us, they are like children, because our life goes on with them. We make the fence such a place where our horse can be seen round the clock. When he is thirsty, then be able to give him water immediately. Many people keep a horse in the room. My horse has died, still not received any help. Now there is not even the ability to buy a new horse. Therefore, I will drive a rental horse. We have been doing this work for generations. Mangiram's horse from Katra also died in lockdown. They too no longer have the money to buy a new horse and they too have become unemployed. 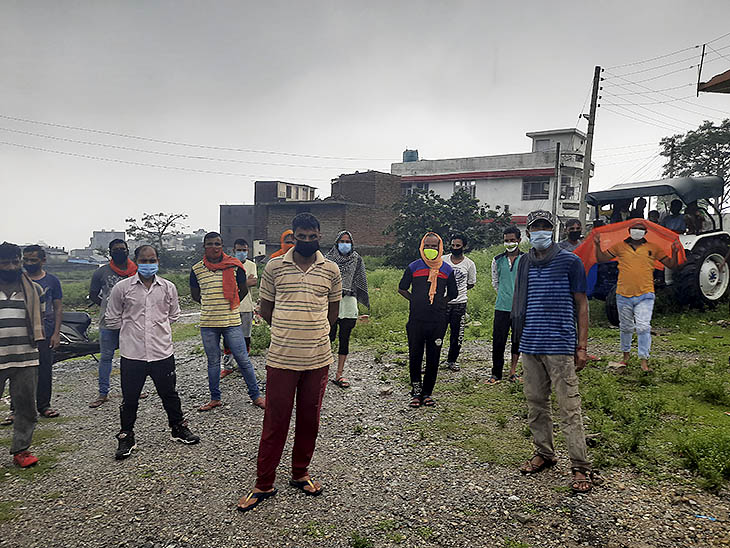 The horse-mule owners gathered together on Sunday. Said, someone spread a false rumor that our houses are full of ten-month rations.

Prior to 2015, 16–17 thousand horse-mules ran on the track. Dirt also spread from them. This became an issue and after this the administration fixed the horse-mule limit to 4500. Now no more horses and mules can run on the track. The one-way fare of the horse-mule running on the track has been fixed at Rs 1100. It is from the bottom to the building. In this way, a horse-mule operator earns 30 to 40 thousand rupees a month. Out of this, about 10 thousand rupees are spent on horse diet. VK Rai, counselor of Katra Ward No. 9, says that the situation of these people is such that even if one kilo of flour is given, then they run away and go to get flour, because the ration was given only once by the Shrine Board. 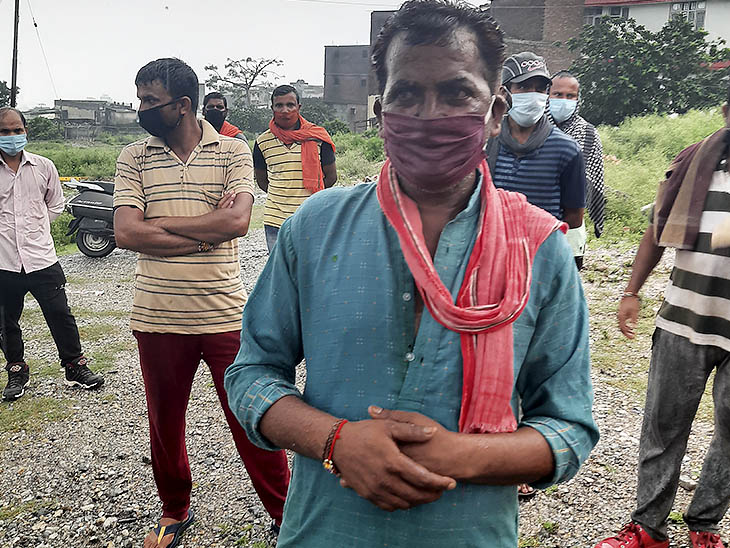 He is Kalidas who runs a horse. Those who have been driving a horse in the mother's court for the last 30 years, but these days are very upset.

Horse-mule association member Sohan Chand said that only the entire family of horse-mules earns from the track. Their children sell coins and strips of Mata Rani. The elders play drums on the track. Some people do pittu work. Some pick up the sedan. It is a whole community, which is dependent on the track itself. All of them are unemployed due to the closure of the journey. According to horse-running Kalidas, the Shrine Board gave ten kg of flour, one liter of oil, one kg of pulses. Stirred one kilo of pulse with water for fifteen days. Said, Sonu Thakur would not have helped us, we would have died of starvation. They gave us free ration for four months.

Kalidas has been working for the horse in his mother's court for almost 35 years. They are now elderly, so they go only to Ardh Kumari. Otherwise, they used to go to the building first. It is said that every month 10 to 12 thousand rupees are spent on horses. Ever since the work has stopped, it has been a problem to feed them. Some people got help. They gave food for us and animals. But, now false rumors are being spread so that we will stop getting ration. It is being said that our houses are full of rations. If you want to see the truth, once you come to our house, then our circumstances will be known.