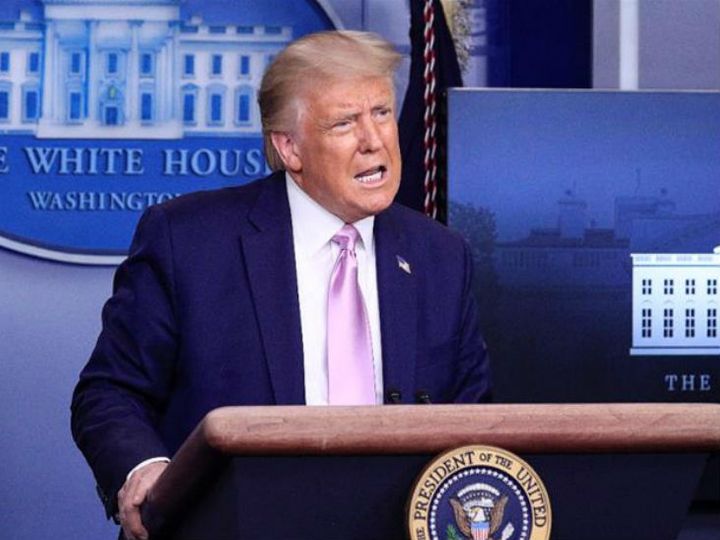 Trump spoke to the media at the White House on Wednesday. He responded to the allegations leveled by the Democratic Party.

US President Donald Trump said on Wednesday that he could enter politics only because of former President Barack Obama. He told the media at the White House – former President Obama and former Vice President Joe Biden did not do a good job. This is the reason why I am present in front of you as the President today. If both of them had done a good job, I would not have been here. I may not even contest the Presidential election. Joe Biden was the Vice President of the United States for eight years during Barack Obama's presidency. This time he is the Democratic presidential candidate in the presidential election to be held on November 3. They are running in the electoral arena against Trump.

Obama was critical of Trump

A video of former President Barack Obama was released on Wednesday by Biden Campaign. In it, he said – Trump has disappointed the country as a president. I hoped that he would take his work seriously in the interest of the country, but he never did it. They do not have the ability to be like the President, because they do not deserve it. Because of them, more than 1.70 lakh Americans have lost their lives and millions have been unemployed.

Former First Lady Michelle Obama joined the Democratic Party's National Convention on Wednesday via video conference. He said that Trump is the wrong president for our country. They are not the people the country needs. Trump has had many opportunities to prove that they can work, but he has increased problems. They are not well according to the present times.

Reacting to Michelle Obama's speech, Trump said, “His speech was not live.” It was recorded a long time ago. He did not even mention Vice-Presidential candidate Kamala Harris in the speech.

You can also read these news related to America's presidential election …

1. Michelle Obama came in wearing VOTE necklace, said – Trump is the wrong president for the country, we don't need him

2. Trump is claiming world leadership, but his office turmoil, US unemployment rate is triple: Clinton