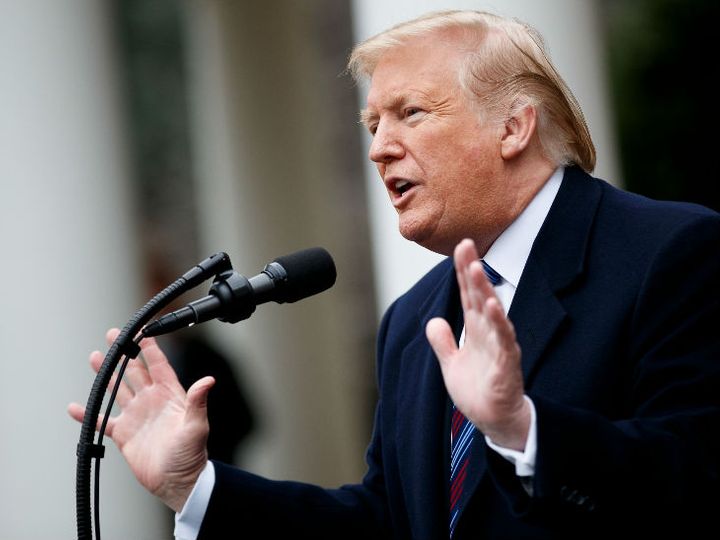 The first debate between Trump and Biden is scheduled for September 29. (File photo)

The Corona crisis has changed the manner of campaigning for presidential elections in the US. President Donald Trump plans to run a large digital campaign to give a tough competition to the Democratic National Convention. This convention will last four days. Trump spokesman Tim Murtow said his party would spend 75 million rupees on digital publicity in these four days. You Tube will also be continuously promoted for 96 hours. Apart from this, campaigns will be run on many big websites and news outlets.

Democratic candidate Joe Biden is campaigning through television and radio. According to ad tracking firm Advertising Analytics, Biden spent Rs 111 crore and Trump spent Rs 53 crore on publicity from August 8 to August 14. Both parties are struggling with shortage of campaigning workers this time. Many activists have also refused to work on the day of voting. The state of Maryland alone has a shortage of 14,000 workers.

Many programs canceled due to Corona

Programs such as rallies, gatherings to raise funds and debate on electoral issues have almost been canceled. This time digital medium has replaced activities like direct rallies, door-to-door publicity. The parties are promoting by advertising on websites, YouTube etc. By the middle of August, the workers of the parties used to knock on the doors of the voters before the first presidential election. This did not happen this year.

The national convention of both parties is important in elections. It is here that parties accept nomination of candidates. The National Convention of the Democratic Party was to be held in April this year. This had to be extended to July and then to August 17. Trump was earlier saying that more and more people should reach his election rallies. This would end Corona's fears, but Trump had to cancel the convention in Florida. They will also not attend the Convention of Charlotte.

Not only this, Trump will accept the nomination in Washington DC's Andrew Mellon Auditorium, but will deliver the speech from the White House. 400 party delegates will participate in the Charlotte Convention.

Indianness: Democrats' convention begins with chants and ardas
The Democratic Party's four-day National Convention began on Monday. For this, programs are being done at different places across the country. The first day there was an online all-religion prayer meeting in Texas. It read verses of Vedas and Mahabharata. Ardas of Sikhism also went. A follower of the Chinmaya Mission chanted in Texas. A leader of the Sikh community associated with the Viskonsin Gurdwara performed the Ardas.

In this conference, Biden will be elected as President and Indian-origin Senator Kamala Harris as the Vice-Presidential candidate from the Democratic Party. Earlier, an all-religion prayer meeting was also held on Sunday for the 'Biden for President' campaign. It read the lines of Mahabharata for Biden and Harris saying – “Yato Krishna Tato Dharma, Yato Dharma Tato Jai.” The first debate between Trump and Biden is scheduled for September 29.