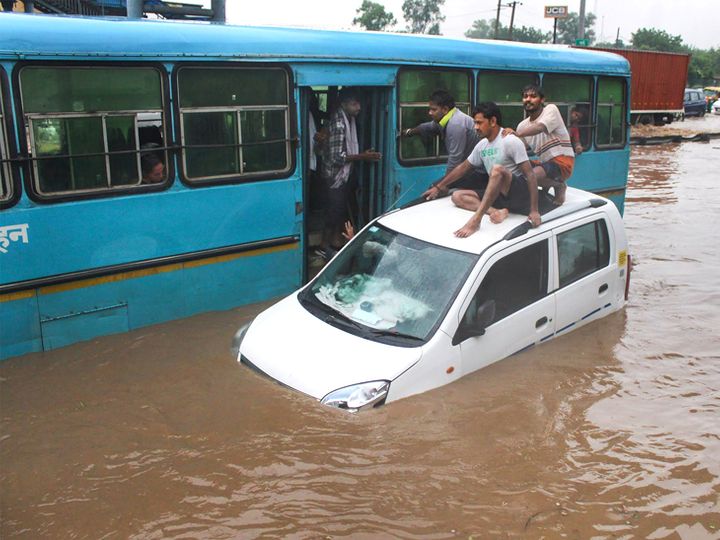 Wednesday's photo is of Delhi-Gurgaon Expressway. People had to climb on the roof of the car due to the car being submerged in water.

Due to heavy rains for the second consecutive day in Delhi on Thursday, many areas were jammed. The Jhilmil underpass is flooded. Rani Jhansi Road, MB Road and Lal Kuan and Maa Anandamayi Marg areas are also facing problems due to water logging. 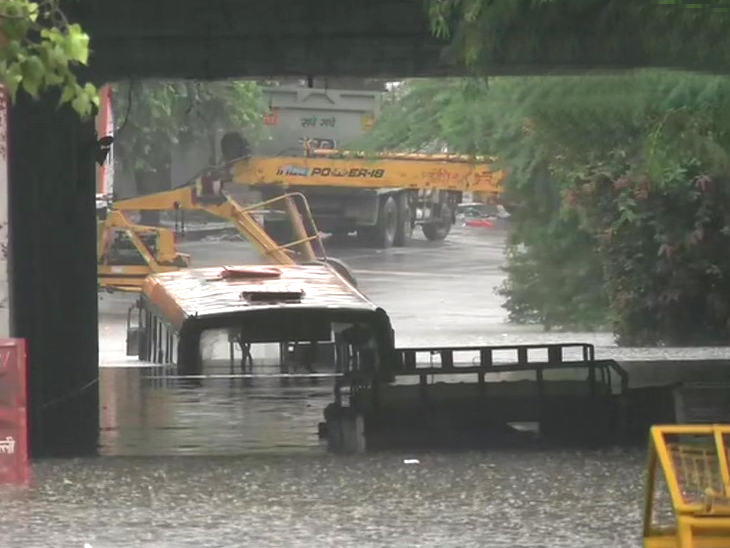 Thursday's photo is of Prahladpur area of ​​Delhi.

In Gurgaon, it rained from 6 am Wednesday to noon. The city recorded 95 mm of rainfall during this period. The Delhi-Jaipur highway was jammed for up to 10 km. The condition on the Golf Course Road was that it drowned to the city's underpass. 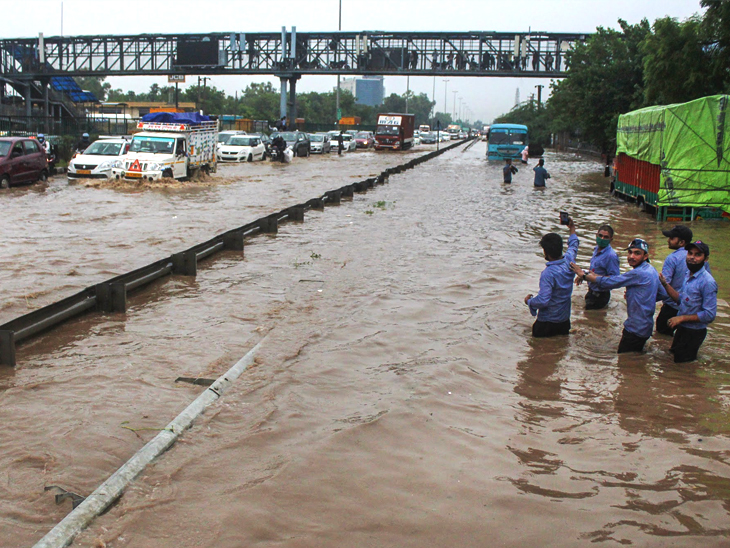 Wednesday's photo is on the Delhi-Gurgaon Expressway near Narsingpur.

3-4 feet of water on roads
On Wednesday, the Delhi-Gurgaon Expressway also witnessed water logging on the lower reaches, leading to a traffic jam for about 10 km from Narsinghpur to Rajiv Chowk. At the same time, golf course road including DLF, Sushant Lok of New Gurgaon was also flooded by three to four feet. Many cars and other vehicles were drowned due to waterlogging. 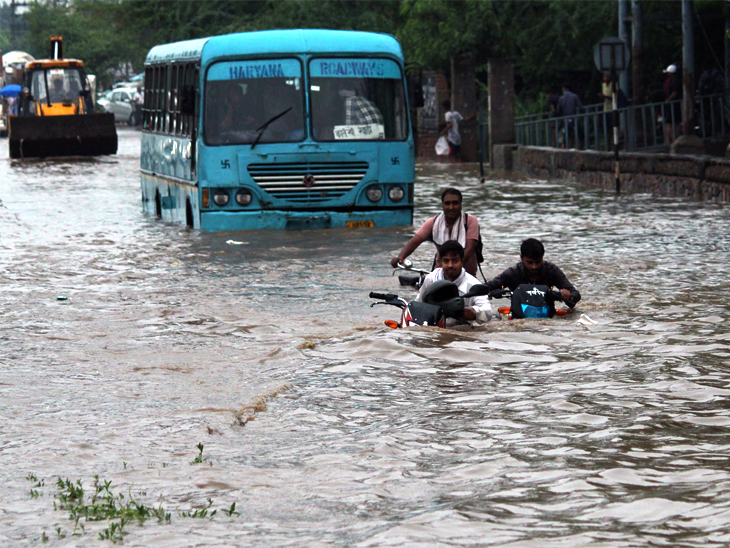 Wednesday's photo is of Delhi-Gurgaon Expressway.

Walls and trees fell in many areas
Due to rain, several vehicles were damaged due to falling parking wall of the parking lot in Ganga Vihar area of ​​Gokulpuri. In Saket area also, 10 vehicles collapsed due to the collapse of the boundary wall of the school. In many places, tree fall also caused damage. 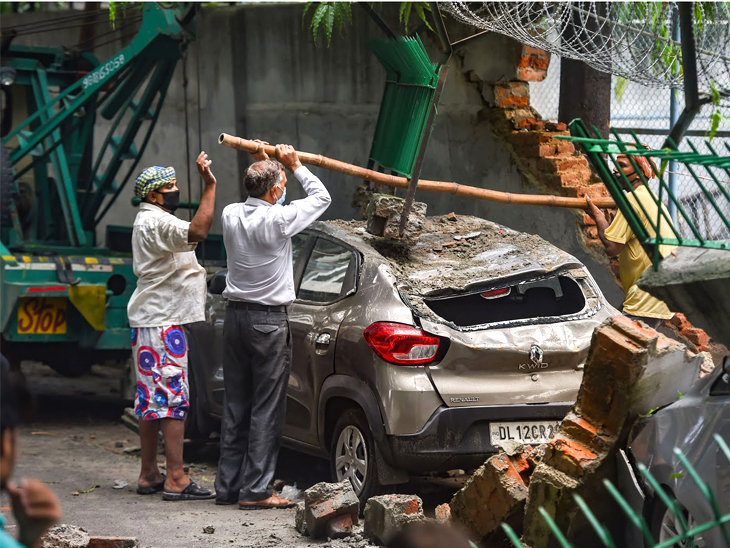 Wednesday's photo is from Saket Nagar in Delhi, where the school wall fell.