After 5 months metro services resumes in india delhi, jaipur, lucknow | Metro will run after 5 months; Yellow Line trains will run in Delhi, only 50 people can sit in a coach in Jaipur. 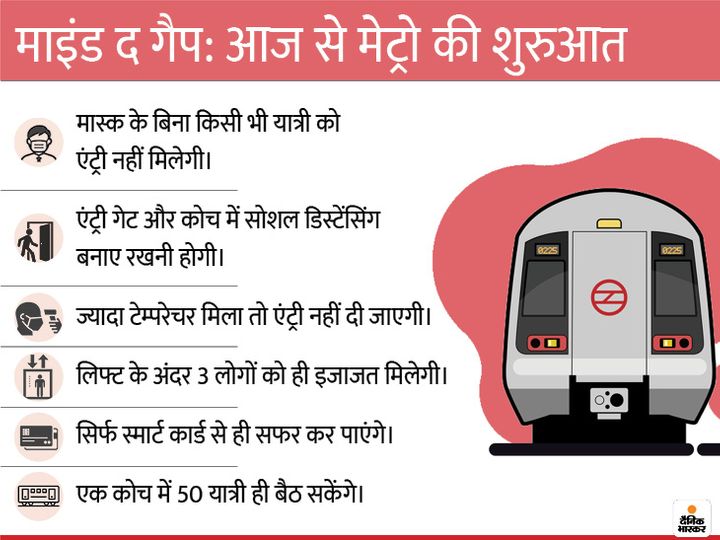 After five months in the country, metro service will start from Monday. The people of Delhi, Chennai, Bengaluru, Kochi, Hyderabad, Jaipur, Noida, Lucknow, and Ahmedabad will benefit from this. Metro in Kolkata will run from 8 September. Train service across the country was stopped on 25 March due to Corona. Metro service will start in Delhi after 169 days. Metro will start first on Yellow Line and Rapid. A coach of Jaipur Metro will be able to seat a maximum of 50 people.

In Unlock-4, the central government had announced to start Phase Wise Metro from September 7. After this, guidelines for the metro were issued on 2 September. Under this, passengers will have to wear face masks as well as follow rules such as social distancing. Metro stations coming into the Containment Zone will remain closed for the time being. Only smart cards will be able to travel. There will be cashless transaction. Online transaction will be allowed for this.

Delhi: Passengers should carry less luggage
Delhi Metro Rail Corporation (DMRC) has been preparing for this for the last seven days. On Sunday, sanitation was done along with the cleanliness of the coach. DMRC said that no one will get entry into the metro stations without a mask. If someone has forgotten to bring a mask, you can take the mask by paying money at the station.

Also, if someone is ill or has mild symptoms of infection, they will not get an entry. On the other hand, Delhi Metro Rail Corporation (DMRC) has appealed to the people of the capital to travel only when necessary and to have less interaction during the journey. 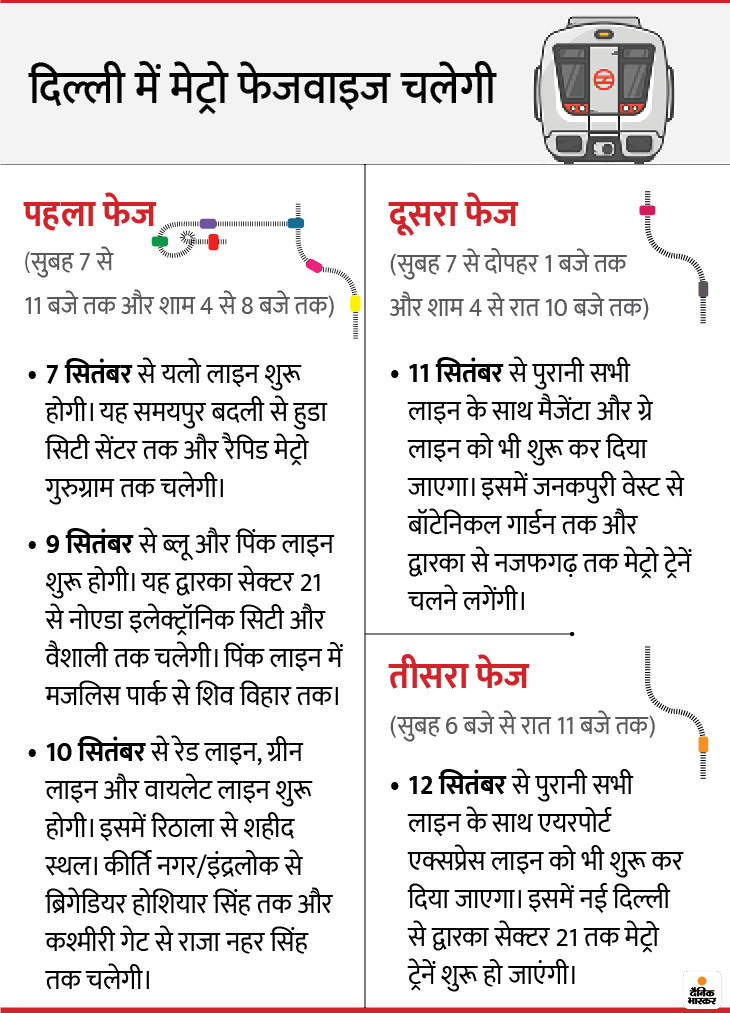 Keep these things in mind 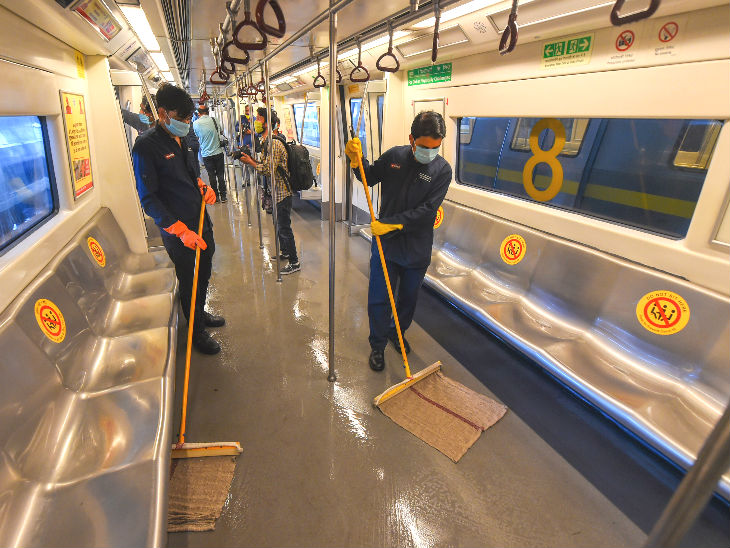 This photo is from Khyber Pass Yard of Delhi. On Sunday, the metro trains were cleaned and sanitized.

Jaipur: 50 people will be able to sit in a coach
A coach of Jaipur Metro will be able to seat a maximum of 50 people. The last train will run at 10 pm. During the journey, passengers will not be able to sit on the Red Cross seat. The temperature of the AC will be kept between 24 and 28 degrees. You have to use the ladder instead of the lift. 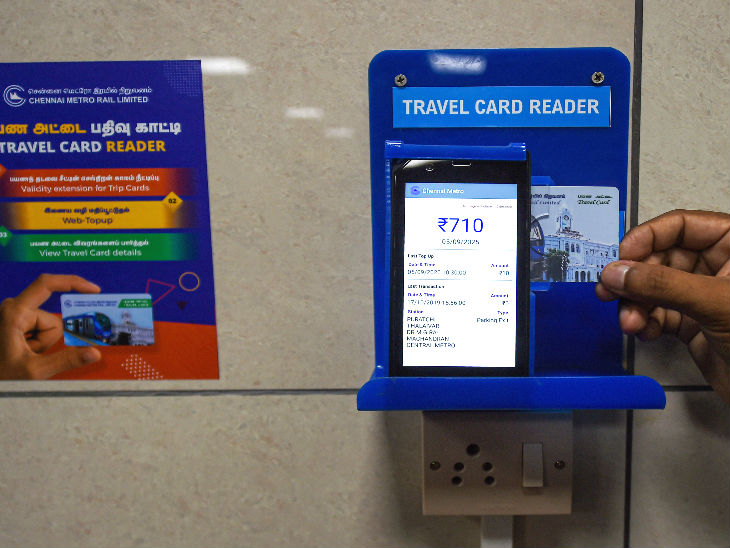 This photo is from Chennai. Machines for travel cards have been installed at the metro stations here. 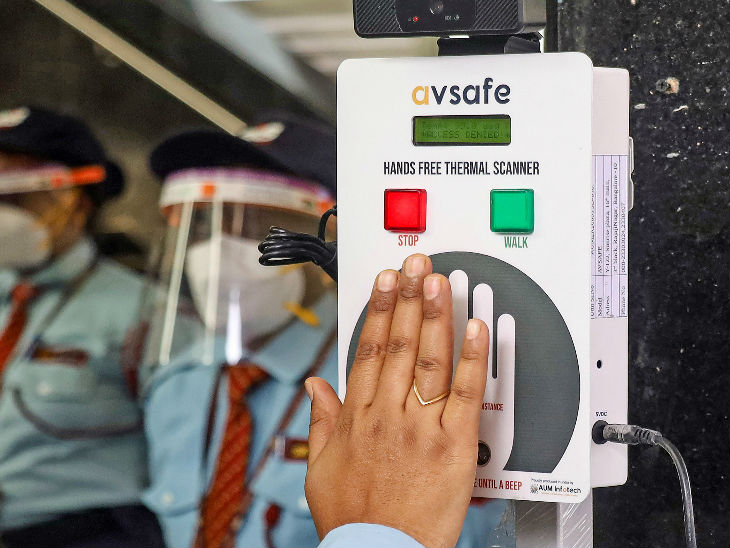 This photo is of the metro station of Bengaluru. Here, hands free thermal scanners have been installed to check people.

Xiaomi smartphones are getting this great feature of Google, will change phones and experience. gadgets – Tech News

75 to 80 Percent Students Appeared for Jee Main 2020 Exam, Result May Be Released By September 11

75 to 80 Percent Students Appeared for Jee Main 2020 Exam, Result May Be Released By September 11