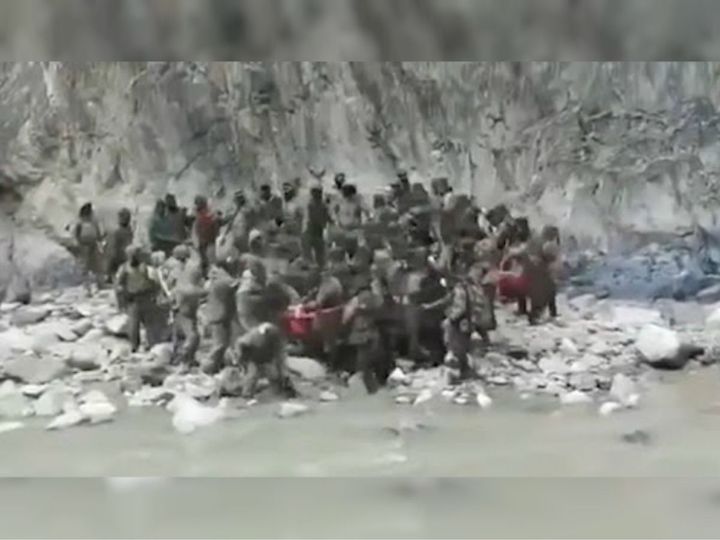 A few days ago, on 15 June, a video of a clash broke out. This photo is taken from the same video in which soldiers from China and India were seen clashing.

The American newspaper News Week has written shocking things about Galvan in his article. According to this article, on June 15, more than 60 Chinese soldiers were killed in a clash in Galvan. Unfortunately, Chinese President Xi Jinping was the architect of aggressive moves in Indian territory, but his People's Liberation Army (PLA) flopped. The PLA was not expected to do so.

The article said that the failure of the Chinese army on the Indian border will result. The Chinese Army initially told Xi Jinping to take out opponents in the army after this failure and recruit loyalists. Obviously, the big officers will fall. The biggest thing is that due to the failure, China's aggressive ruler Jinping, who is also the chairman of the party's Central Military Commission and also the leader of the PLA, will be encouraged to take another aggressive step against the soldiers of India.

PLA infiltration increased after Jinping became General Secretary
In fact, in early May, Chinese troops advanced south of the Line of Actual Control (LAC). Here in Ladakh, there is a temporary border between India and China in three different areas. The border is not fixed and the PLA continues to enter the Indian border. Especially after Xi Jinping became general secretary of the party in 2012.

India was shocked by the incursion in May. Cleo Pascal of the Foundation for Defense of Democracies said that in the month of May, Russia had told India that China's frequent maneuvers in the autonomous region of Tibet were not prepared to covertly advance into the region. But on 15 June, China shocked India in Galvan. This was a deliberate move and 20 Indian soldiers were killed in a skirmish with Chinese soldiers.

The India-China clash in Galvan was the first dangerous confrontation in both countries after 40 years. It is China's habit to enter disputed areas. On the other hand, Indian leadership and jawans paralyzed by the 1962 defeat remain protective. However, this did not happen in Galvan. At least 43 Chinese soldiers died here. Pascal said the figure could cross 60. Indian soldiers fought bravely and China would not tell itself of the loss.

Indian young now bold and better
In late August, India adopted an aggressive attitude for the first time in 50 years. Recently, India regained the high altitude areas which China had captured. The Chinese army was shocked when the Indian jawans thwarted their attempts to occupy the highlands. The shocked Chinese soldiers had to return.

Most of the southern areas are now near India, which was once near China. Now the Chinese army can move towards areas where there is no one to guard them. However, how useful these areas will be in war is not clear yet. India is not giving opportunity to intruders. Pascal says that you can call Indian soldiers more aggressive or defensively. But in reality, they are bold and better.