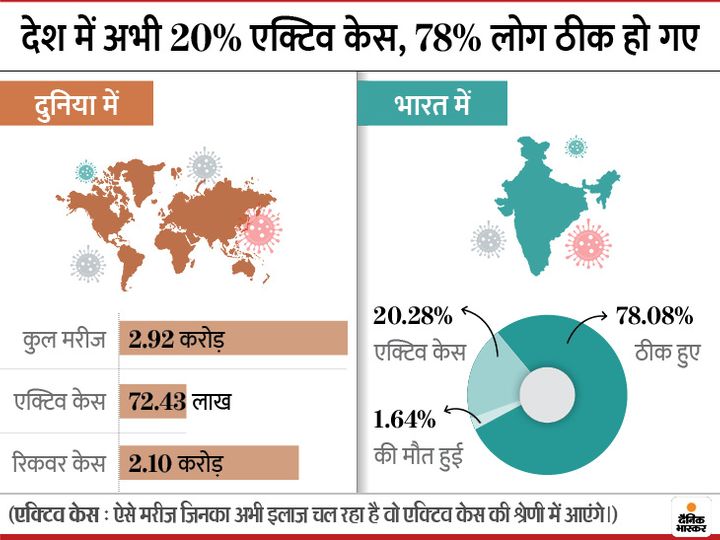 If you look at the figures, 24 lakh 28 thousand 825 people were infected in the last one month. Meanwhile, 20 lakh 78 thousand 443 people were cured, while 32 thousand 7 patients died. In this way, 3 lakh 22 thousand 42 active cases increased in this one month.

First 5 lakh active patients increased in 179 days
It took 179 days to get the first 5 lakh active patients in the country. Whereas, it took just 51 days to get this figure from 5 to 10 lakhs. In June, 500 to 1000 active cases were increasing every day. This figure increased from 2000 to 3000 in July. It increased to 7-8 thousand in August. Now every day 14-15 thousand active cases are increasing in September. 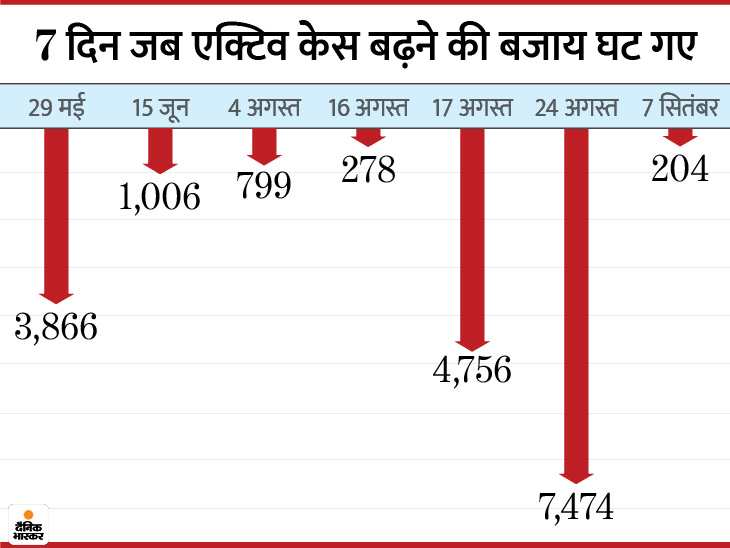 About 5 million people in the country have been infected. It is a matter of relief that more than 38 lakh people have been cured. If we look at the figures, now 41 thousand 395 people are being examined in every 10 lakh population. Of these, 3,508 people are being found infected. The death toll from Corona in this same population is 58.