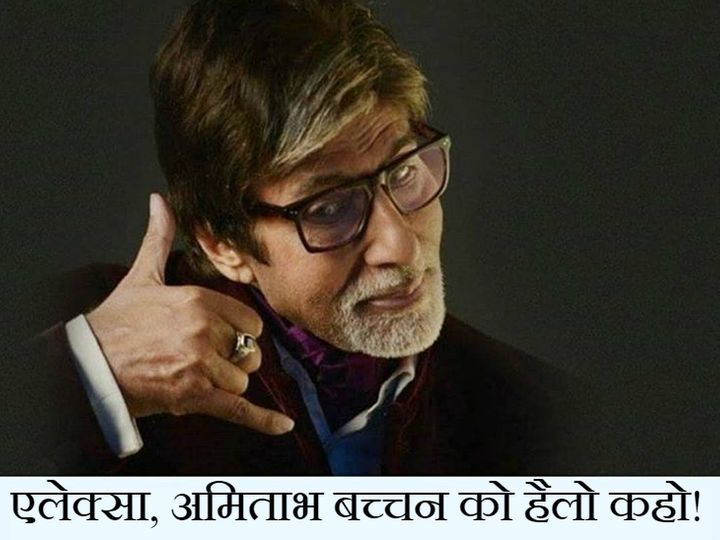 Amitabh Bachchan will soon be on Alexa. Amazon has announced a partnership with Big B. Under which this paid service will start from 2021, but if users want to see its preview, then they can do it in Alexa enabled device. All they have to say is – Alexa, say hello to Amitabh Bachchan. Amitabh Bachchan is the first Indian celebrity to become the voice of Alexa.

Big B is excited by connecting with voice technology

In this mailed statement, Amitabh said – Technology has always given me the opportunity to adapt to the new form. Films, TV shows, pod casts and now I'm excited to be the voice of Alexa with Amazon. Through voice technology, we are innovating to connect with our audiences and fans more effectively.

There will be communication in Hindi

Amitabh is the first Indian celebrity to voice Alexa. Samuel was the first celeb to become the voice of Alexa from Jackson. Which was first introduced as an Alexa celebrity in September 2019. Jackson Alexa is available in English US only. After Amazon's announcement, it will be available in India as well. Its initial demo shows that it will be in Hindi only. It is not yet clear whether Bachchan's voice will be in English or not.

Alexa is available on Amazon Echo devices, Fire TV Stick and many third party phones, Bluetooth speakers, headphones, watch and TV. It is also available on Android via the Alexa app, or the Amazon app.