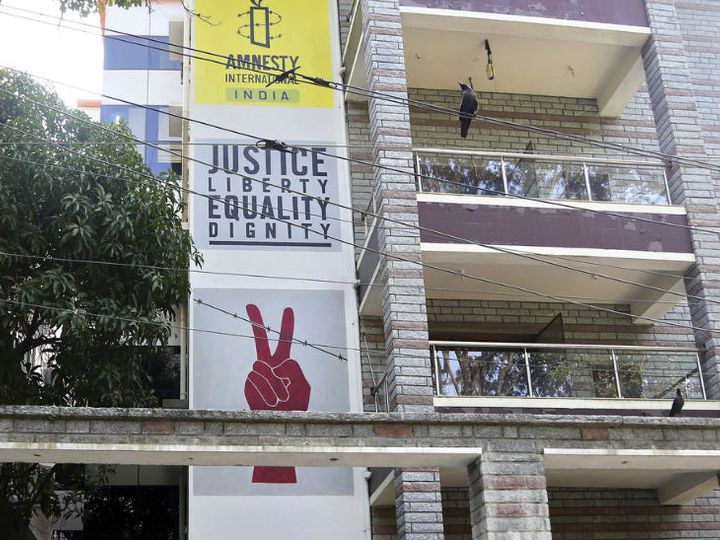 This is a photo of the Bengaluru office of Amnesty India. In September 2018, the ED raided this office in connection with illegal money laundering. – File Photo

Amnesty International, an organization working for human rights, closed its operations in the country on Tuesday. The organization said that the Home Ministry had been harassing us for the last two years. On this, the Ministry of Home Affairs said- Amnesty has complete freedom to work in India.

However, according to Indian law, institutions receiving foreign funds cannot interfere in political discussions here. This applies to all organizations including amnesty. Amnesty International has broken the Foreign Contribution (Regulation) Act, 2010 (FCRA) Act.

The government said – Human rights cannot be taken to break the law. They have broken Indian law. Now giving statements to hide it. They are doing this to influence the investigation of agencies investigating their mess.

The Ministry of Home Affairs said – Amnesty got approval under the FCRA only once on 20 December 2000, 20 years ago. After this, it was not allowed to get foreign funds after continuous application, because according to Indian law it does not meet the criteria for getting approval.

Amnesty UK sent large sums of money in the form of Foreign Direct Investment (FDI) to 4 entities registered in India. Amnesty India was also sent a hefty amount. For this also, approval from the Government of India was not taken under FCRA. Since then, all its accounts were frozen.

Amnesty's work was also stopped in the previous government

Due to illegal work, the previous government also did not approve many applications given to Amnesty to get funds from abroad. Even at that time it had to shut down its work in India. Investigations by the government have found that Amnesty used the wrong methods to get the funds.

Amnesty International has published two such reports in the past, criticizing the government. Of these, it is related to the violence in Delhi in February this year. At the same time, the second report was related to the removal of Article 370 in Jammu and Kashmir. The organization claimed human rights violations by the Indian government in both reports. The organization claims that the Government of India is harassing them because of these two reports.