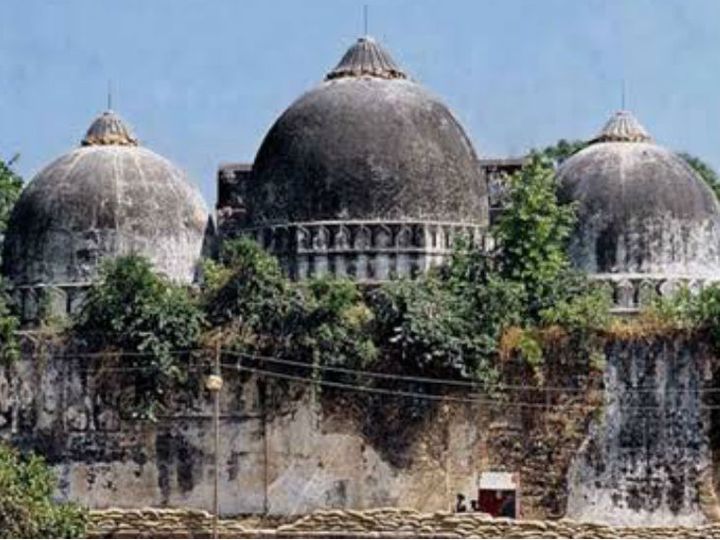 The disputed Babri structure was demolished by Karsevaks on 6 December 1992 in Ayodhya 27 years ago. -File photo

Construction of Ram temple has started in Ayodhya. But the place where the temple is being built, there was a disputed structure and there is still a few days to come to a decision in the matter of toppling it. On December 6, 1992 in Ayodhya, 27 years ago, Karsevaks demolished the Babri structure. Many big leaders including LK Advani, Murali Manohar Joshi and Uma Bharti are accused in this case.
The special court of Lucknow will give its verdict on this matter on September 30. All have to be present in the court at the time of verdict.
When was the case registered, how many accused were made?

An FIR was lodged in the Ram Janmabhoomi police station on 6 December 1992 in connection with the demolition. In this case, 49 people were accused. Among them, 17 accused including Bala Saheb Thackeray, Ashok Singhal, Giriraj Kishore, Vishnuhari Dalmiya have died. The accused include Vinay Katiyar, Sadhvi Ritambhara, Ram Vilas Vedanti, Sakshi Maharaj, VHP leader Champat Rai, Mahant Nritya Gopal Das and others.

How many accused statements were recorded?

The statements of 32 accused, including Advani, Murali Manohar Joshi, Kalyan Singh, Vinay Katiyar, Uma Bharti, were recorded. All were given time by the court to register their objection. On September 2, after completing all the legal proceedings, Special Judge SK Yadav took the time to write the verdict.

What did Advani and Joshi say in their statement?

On 24 July, Advani had recorded the statement in front of the special judge through video conferencing. He held the then central government responsible for the charges against him. He had said that the allegations against him were motivated by politics. The hearing lasted two and a half hours. During the hearing, the court had asked Advani more than 100 questions.

BJP leader Murli Manohar Joshi also had his statements recorded through video conferencing. He was asked 1050 questions. In response to most, Joshi described himself as innocent. He said that I was not involved in the incident. I have been implicated for political reasons.

How many days did the case hear?