Before Gupteshwar Pandey, more than a dozen former DGPs have tried their luck in politics, some become MPs and some deputy CMs, some have lost | Vishnu Dayal became a member of Parliament for the second time in a row, he became a deputy CM directly, Prakash Mishra lost by one lakh votes. 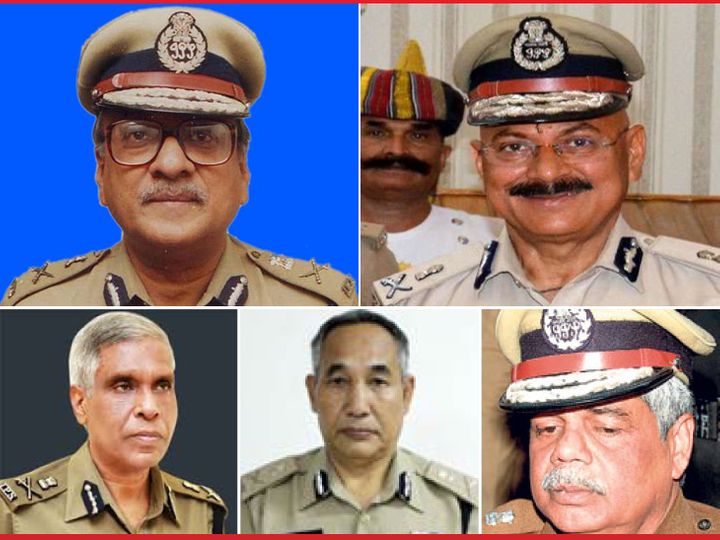 Gupteshwar Pandey, who was the former DGP of Bihar's DGP a few hours ago, is dominated these days. On Tuesday, he has taken VRS just five months before retirement. Now the discussion about his election in political circles is in full swing. It is believed that he can contest the assembly elections or Lok Sabha by-election from Valmikinagar on the NDA seat. Although they have not opened their leaves yet.

Gupteshwar Pandey, who came to the lime light from his statements on the Sushant Singh Rajput Suicide Case, had earlier resigned in 2009 and filed for the Buxar Lok Sabha seat. However, at the last moment the BJP gave ticket to sitting candidate Lalmuni Choubey. After which he withdrew his resignation.

The incident of Gupteshwar Pandey taking VRS is definitely gaining political mileage, but it is not that for the first time any DGP has entered politics. Even before this, more than a dozen DGPs have tried their luck in politics. Many have been successful, many have also got disappointed.

In the 1980s, politics in Bihar was very hot due to the eye-tearing scandal. Then acid was put in the eyes of criminals. More than 30 criminals were reported to have had eye blasts. Most of the incidents took place in Bhagalpur. Then Vishnu Dayal Ram i.e. VD Ram was the SP of Bhagalpur. He was accused of the incident, which was also investigated by the CBI. However, evidence could not be found against him. It is said that the Gangajal film made in the year 2003 was largely based on the same incident.

Vishnu Dayal Ram is an MP from Palamu, Jharkhand. Vishnu, a 1973 batch IPS officer, has been the DGP of Jharkhand twice. Once from 2005 to 2006 and other times from 2007 to 2010. Vishnu, who hails from Buxar district of Bihar, joined the BJP in 2014 after nearly four years of retirement and became an MP from Palamu Lok Sabha seat in Jharkhand. After this he became MP for the second consecutive time in 2019. He has been a member of several parliamentary committees.

In the month of June this year, when the whole country was fighting against Corona, the NDA was fighting hard to save its government in Manipur. The 9 MLAs of the alliance had rebelled against their own government. The deputy CM Yumnam Jayakumar was the architect of this rebellion. After which the NDA government was reduced to a minority. The government somehow survived but Yumnam was discharged. Recently the NPP has dismissed him from the party for 6 years.

65-year-old Yoonam Jaikumar Singh is counted among the top leaders of the Northeast. He is currently an MLA of National People's Party (NPP) from Uripok constituency. Prior to this he has also been the Deputy Chief Minister of Manipur. Yumnam, a 1976 batch IPS officer, was DGP of Manipur from 2007 to 2012. After about 5 years of retirement, he entered politics. After winning the Uripok seat in 2017, he became Deputy Chief Minister in N. Viren Singh's government.

DK, considered close to former Chief Minister Raghubar Das, hoped that he would get a ticket in the Jharkhand assembly elections this time. He had claimed from Nirsa seat but his ticket was cut at the last moment. An interesting anecdote is that he had cut his own ticket, he also got the ticket of his sister Ganesh Mishra. Neither of the two got a ticket from Nirsa.

DK Pandey has always been in discussion about his built house in Kanke area. They are alleged to have made their home on non-permanent land. The matter is under investigation. Just a few days ago his daughter-in-law also accused him of dowry harassment.

4. Nikhil Kumar: Once an MP and twice a Governor, the father has been the CM of Bihar
Nikhil Kumar's family has an old political history. His father Satyendra Narayan Singh was Chief Minister of Bihar and six times MP from Aurangabad Lok Sabha. Nikhil, a 1963 batch IPS officer hailing from Vaishali district of Bihar, has been the DGP of National Security Guard (NSG) ITBP and RPF. He retired in 2001. He then joined the Congress in 2004.

5. Prakash Mishra: Joined the BJP after retirement but lost by more than one lakh votes.

Prakash Mishra, a 1977 batch IPS officer and former DGP of Odisha, has also been involved in controversies. He was the DGP of Odisha from 2012 to 2014. In September 2014, the Odisha government imposed vigilance charge on him and removed him from the post of DGP. Politics was fierce then. Both BJP and Congress parties surrounded the Odisha government and accused it of harassing the conspiracy. After which the whole matter went to court. In June 2015, the court granted relief to Prakash Mishra, dismissing the government's allegations.

He was then DGP of CRPF from 2014 to 2016. He joined the BJP in 2019 after retirement. He also got a Lok Sabha ticket from Cuttack seat, but did not win. He lost to BJD candidate Bhartrihari Mahtab by over one lakh votes.

Apart from these officers, there were other DGPs who tried their luck in politics. However, most of them did not get the success and fame they had expected.

6. Sunil Kumar
Sunil Kumar, a 1987 batch IPS officer, recently joined JDU. They can also try their luck in this time assembly. Sunil Kumar has been the DGP of Home Guard and Fire Services. Sunil Kumar retired in July this year. Anil Kumar, brother of former DGP Sunil Kumar, who hails from Gopalganj, is a Congress MLA.

Ajit Singh Bhatotia, a 1968 batch IPS officer, was a former DGP of Haryana. He joined the BJP in 2005 after retirement. He then joined the Congress in 2010. However, he could not last too long in Congress and in 2014 he took membership of Aam Aadmi Party.

R Nataraj is an MLA from a seat in Tamil Nadu. Natraj, a 1975 batch IPS officer, used to be counted among the fast-tracked officers. Nataraj, who was the DGP of Tamil Nadu, joined the AIDMK in 2014. He then contested the assembly elections in 2016 and won.

Vikas Narayan Rai has been the DGP of Haryana. Vikas, a 1977 batch IPS officer, retired in 2012. After this, Aam Aadmi Party joined the party in 2014. They often attack the BJP and the central government.