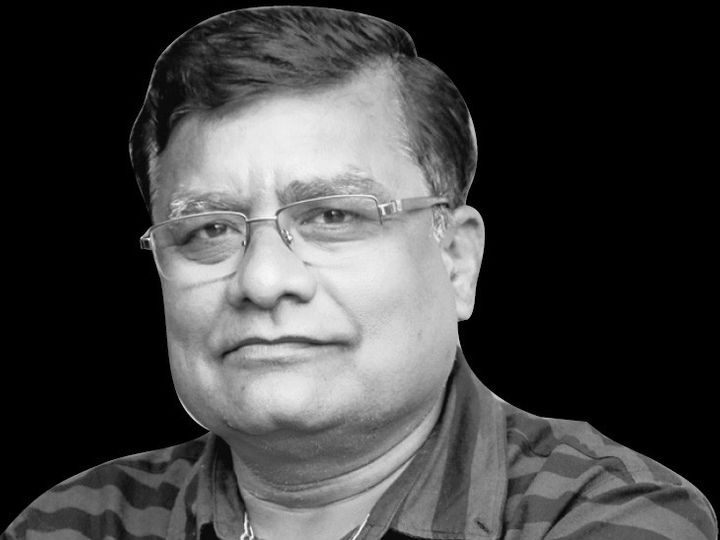 The whole world is battling Corona. This problem is increasing day by day in our country. Twenty-three million new infections are coming in the world every day. One lakh of these in India alone. Every day, a quarter to three thousand people are dying, 11-12 hundred of them in India alone. But the news channels have nothing to do with this.

They have been showing continuously, without a breath for several days, just Sushant Singh Rajput, Riya Chakraborty, Kangana and Raut … that's it. After all, where are we going? Where do you want to go? Professionalism was there even before, but it is not the case that morality, dignity, tolerance, everything flows like a straw in the fast flow of the TRP competition.

Language is starting from beyond the limits or limits. One by one the statements come and in the cycle of these statements the leaders of different parties are entangled. These leaders go beyond the limits of language and speak anything to please their masters. A, commissioner! Listen! O Uddhav! Understand! As Slut dialogues progress.

As far as dialogue is concerned, it has now been replaced by a screaming debate. How is the debate also – one side representative, the other opposition. The third expert, the bully of these two … and the fourth anchor, the three abusers. Apart from provoking, instigating, going in the air, these debates leave nothing to the general audience.

The situation has reached such a point that any person in the country should be either in favor or in opposition. Fairness is like a crime. Some parties have even started calling or believing impartiality as treason. Family, society, culture, values, all of them are lost in the glare of false debates and fake issues.

This is the reason that no person, whether it is from Bollywood or from any other area, does not even want to talk about these misleading issues. Governments perceive their bravery in locating anyone, as if they were meant to crush any tone of protest. Gone are the days when a government of one party used to send the leader of another party to the U.N.

Once Atalji lost the Lok Sabha elections, Indira Gandhi had said – without Atalji the opposition seems to be deserted. Many Congress leaders kept saying that Atalji is the best leader of the country, but he is in the wrong party. Overall, the tone and tone of the protest was also sweet and tickling. Now that sweetness is lost somewhere. That laughter has disappeared somewhere.

All that is left is… Atthas… lightness… and all the time the governments take off on beating and beating anyone… The biggest question is ‘what should the country do for them’? What should those people who are being distracted from the real issues? After all, should governments and those in responsible positions spend 100 percent of their time fighting Corona and improving the economy, or on such separate issues?

Overall, if the process of diverting the common man from issues continues like this, then all the factors will lose their relevance. Leader too. Parties as well as some news channels.