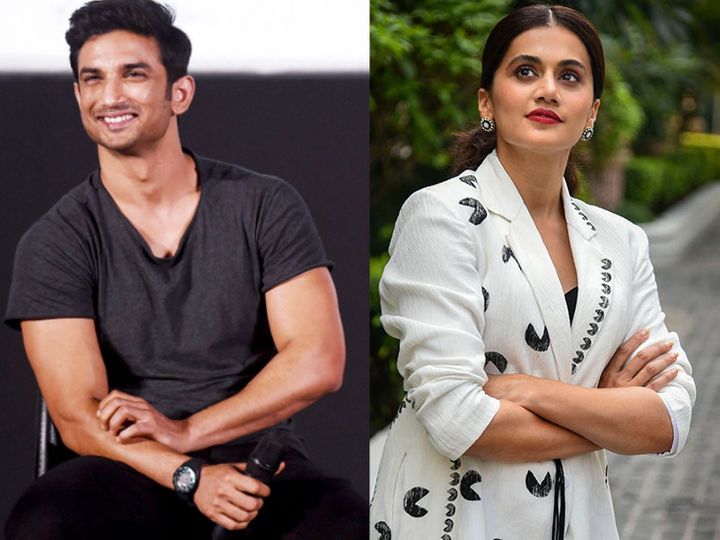 September 15 is celebrated as World Engineer Day worldwide. There are also many celebs in Bollywood who have studied engineering and then entered films. Let's look at such celebs …

Talented Sushant's name is at the top of this list. Sushant, who was no longer in this world on June 14, 2020, studied mechanical engineering from Delhi Technological University. He was ranked seventh in the AIEEE. Acting was Sushant's first love, so he left engineering and joined films.

Madhavan holds a Bachelor's degree in Technology in Mechanical Engineering from IIT-Madras but did not pursue a career in engineering due to his interest in films. He was launched by veteran director Mani Ratnam from the film 'Alaipayuthe'.

Sonu also has an engineering degree in electronics from Yashwantrao Chavan College of Engineering, Nagpur before appearing in films. During this time, he moved towards modeling and then he left the field of engineering and moved to films. Sonu's first film is Kalazhaghar in Tamil which was released in 1999.

Vicky, who made a debut with Masan, also quit engineering and turned to films. He has an engineering degree in electronics and telecommunications. He received this degree in 2009 from the Rajiv Gandhi Institute of Technology in Mumbai.

Karthik, who made his Bollywood debut at the age of 25 with Pyaar Ka Panchnama, was born in Gwalior. He received an engineering degree in biotechnology from Mumbai but left this field to pursue a position in films.

Ritesh holds a Bachelors degree in Architectural Engineering. He studied at Kamla Raheja College of Architecture in Mumbai but due to his interest in films, he too left the engineering world.

Prior to appearing in films, Kriti also received an engineering degree in Electronics and Communication from JP, Noida. She made her Bollywood debut with Tiger Shroff's opposite hero-panti.

Tapasi was also a successful software engineer before appearing in films. He completed his engineering studies in computer science from Delhi's 'Guru Tegh Bahadur Institute of Technology' and also worked as a software engineer. He left the field due to his interest in films. Taapsee's debut film in Bollywood was Chashmebaddur.

Amisha has also done engineering in bio-genetic. She then moved to Massachusetts in 1992 to study economics at Tufts University. Here he earned a gold medal in Economics on the basis of his brilliant performance.

After this, he started his career as an economic analyst at Khandwala Security Limited, but this did not go well with him for a long time. After that she returned to India and joined Satyadev Dubey's theater group here. Amisha made her Bollywood debut in 2000 with Kaho Naa Pyaar Hai.

Xi Jinping Has Risked His Future With Lac Incursions: Report On China Border Row – Chinese President Jinping's future in danger due to outcry over LAC: report

Maharashtra Anil Deshmukh Ordered Inquiry Into Matter of Assault on Army Sonu Mahajan in 2016 by Bjp Mla – In 2016, BJP MP is accused of assaulting a retired soldier, now Maharashtra government will investigate

Maharashtra Anil Deshmukh Ordered Inquiry Into Matter of Assault on Army Sonu Mahajan in 2016 by Bjp Mla - In 2016, BJP MP is accused of assaulting a retired soldier, now Maharashtra government will investigate