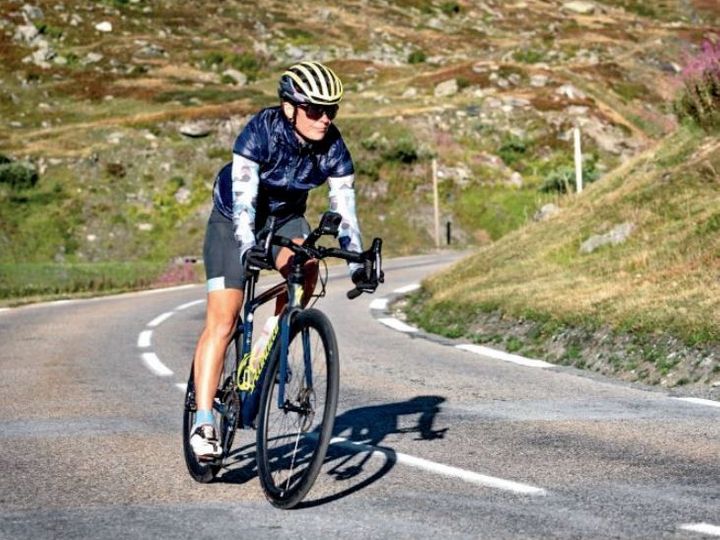 In 2017 Andrea was diagnosed with endometriosis and cervical cancer, after which she had to undergo surgery to save her life.

39-year-old Andrea Mason of Britain has become the first woman to complete the 'Sea to Summit' Triathlon Challenge, having defeated cancer. They covered a total distance of 538 km. After 38 km of swimming at Lake Annecy, France, Mason cycled 330 km on Mont Blanc.

It took them less than 10 hours to swim. In the end he did 170 km of running and hiking on Mont Blanc itself. It is the second largest peak in Europe. All this took Mason 4 days 23 hours and 41 minutes. During this time she slept very little and the food was also reduced.

Everything went according to plan: Mason

After completing the triathlon, Andrea said, “I am happy that everything went according to plan. I wanted to complete it within 5 days and did it. But, it was quite difficult. Because there was a limited time to sleep, but I could not sleep. Also, I could not keep food with me while running. You know, Triathlon is a multi sports race. It involves swimming, cycling and running.

Thought to quit the triathlon many times

Andrea says that on many occasions she also had the idea of ​​abandoning the triathlon. But, each time she remembered why she started it? In 2017, he was diagnosed with endometriosis and cervical cancer. After which surgery had to be done to save life. After the operation was successful, she decided to make people aware about the health of women.

Andrea did not know much about running and hiking before

39-year-old Andrea wanted to complete the Triathlon in England, Scotland and Wales. He made his base in Chamonix, France. However, the borders closed due to Corona before returning. He had to change the plan. Andrea said that the plan was more challenging. He did not know much about the running and hiking part. Amidst all this, he started it from 4 September and completed it within 5 days.