China President Xi Jinping Autocrat Update; Donald Trump Republican Party MP Scott Perry On Name the Enemy Act Bill | American lawmakers said – Xi Jinping should not be called President, he was not elected by the public; There is no democracy in China either 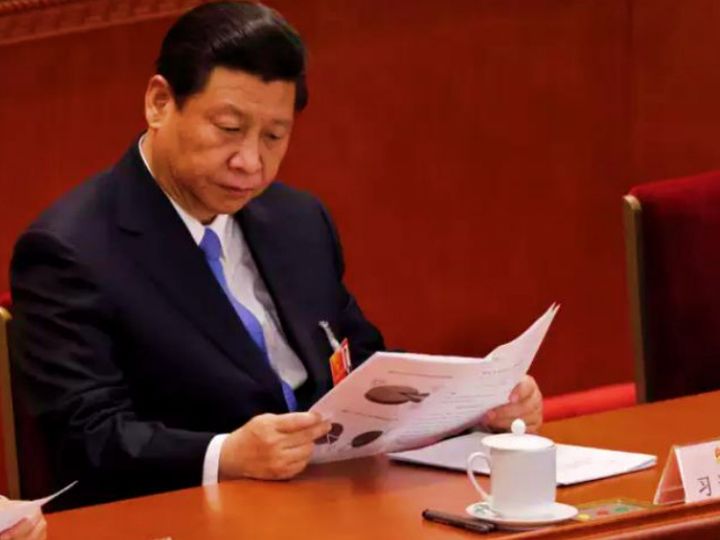 A bill has been introduced in the US Parliament. It says that Chinese President Xi Jinping has not been elected democratically nor is there democracy in China. Therefore, Jinping should stop being addressed as president in America. (Xi Jinping – File)

A bill has been introduced in the US Parliament. It says that Xi Jinping should not be officially called President of China in the US. According to the bill, China does not have democracy. Nor, is Jinping elected democratically. So, America should stop calling him President.

What is in the bill brought in america
Trump's party MP Scott Parry brought the bill. Named, 'Name the Enemy Act'. Parry wants Jinping or any Chinese ruler not to be called president in the US government documents and not written. According to the bill – there is no presidential post in China. The general secretary (general secretary) of the Communist Party is there. And when we call him President it seems as if someone has been democratically elected. There is no democracy in China.

Then what is the truth ..
Let's understand it in easy language. Indeed, there is confusion over Jinping being called 'President'. And that's why there were disputes. Of all the positions that China holds, none of them have a title president. Nor is there a mention of the word in the Chinese language (Mendarin). When the Chinese economy opened in 1980, the ruler of China came to be called President in English. However, technically it is not so. Jinping is the CCP Chief. Therefore, the principal ruler of the country. But he is not the President at all. He was just called 'President'.

Why do questions arise…
Even before Scott Parry, there has been a demand in America that at least officially the President of China should not be addressed to the ruler of China. Critics say – why Jinping itself? Calling any ruler of China as president is a message that he is a democratic representative, and this is what the international community should accept. Whereas, in reality they are dictators.

The matter is for 2019. Then a report by the US-China Economic and Security Review Commission said – China does not have democracy. There is no right to vote and no freedom to speak. To call Jinping a president is to recognize his dictatorship.

Jinping's positions
Jinping holds three important positions in China. State Chairman (Guojia Zhukshi). Under this, they are the principal rulers of the country. Chairman of the Central Military Commission (Zhongyang Junwei Zhukshi). This means that he is the Commander in Chief of all kinds of Chinese armies. The third and last term is the General Secretary of the Chinese Communist Party or CCP (Zhong Shuji). That is, also the head of the ruling party CCP. According to the 1954 Chinese constitution, the ruler of China in English can only be called chairman.