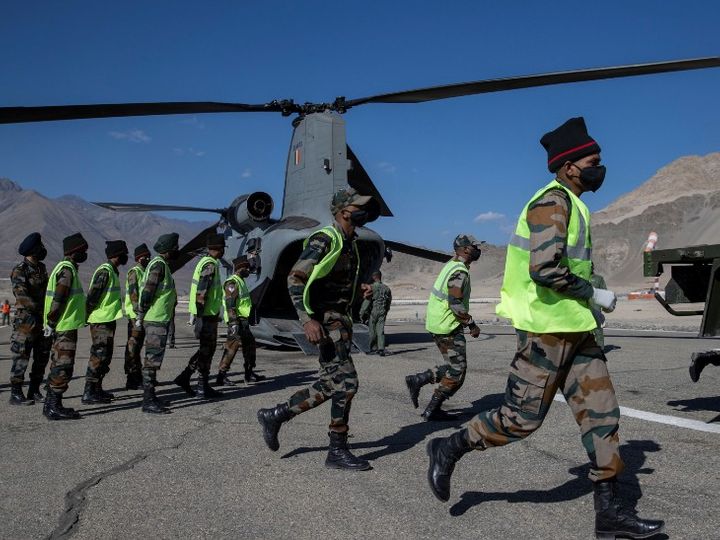 Tuesday's photo is of Leh. Given the current situation on the border, the army movement in Leh-Ladakh has intensified.

The Chinese army is playing Punjabi songs by placing loudspeakers on the border amidst Indo-China tension in Ladakh. According to sources in the news agency ANI, China has placed loudspeakers on the forward posts in the Finger-4 area which are under Indian surveillance for 24 hours.

There can be 2 reasons for China's move. The first is that China is doing a drama to distract the attention of Indian soldiers. The second is that China really wants to reduce tensions, although this is unlikely.

India-China bullets fired 3 times in 20 days
In East Ladakh, India-China troops have been fired in the air thrice in the last 20 days to warn each other. On September 8, 100–200 rounds were fired from both sides. Corps commander level is scheduled to be held between the two countries amidst ongoing tension on the border, but the date and time have not yet been confirmed by China.

Indian Army is preparing Bofors guns
The army has started preparations in view of the escalation of tension with China in eastern Ladakh in the winter season. The Indian Army is also preparing to deploy Bofors Howitzer cannons. These guns had won the Kargil war against Pakistan in 1999.

China is also active on Uttarakhand border
The round of army and diplomatic meetings between India and China has been going on since April-May, but China repeatedly tries to infiltrate by breaking the agreement. According to sources, in Uttarakhand, China has erected structures like Hut near Tinkar-Lipu Pass. China is also constructing in Jojo village and the general area of ​​Champa Maidan.