Congress needs to become a hungry lion, not a lazy elephant | After the resurgence, the Congress alone can defeat the BJP's election system, then the election of 2024 will become an open election. 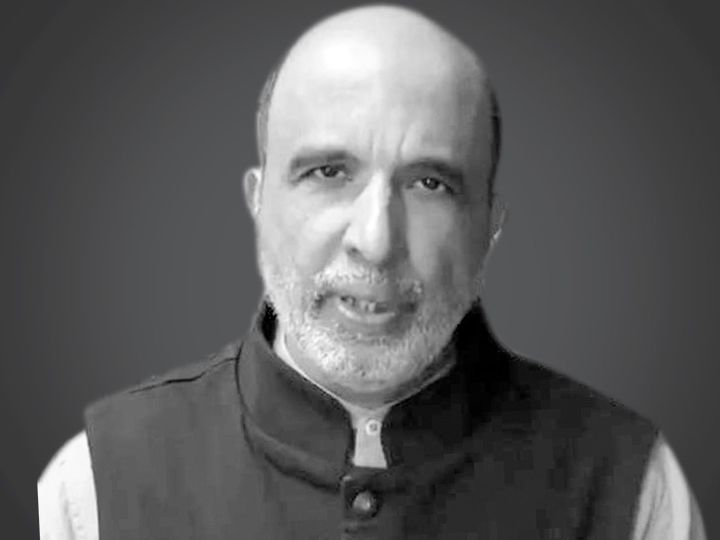 It is never good to always be in a state of denial. It can be suicidal. The Congress party has been ignoring the signs for a long time. As a result, suddenly the party is again in trouble due to old things. In August, the G-23 (ie a group of 23 leaders) decided to face the trouble directly by writing an unspoken letter to the interim president of the Congress, Sonia Gandhi.

These included members of the working committee such as Ghulam Nabi Azad, Anand Sharma, Mukul Wasnik and Bhupinder Singh Hooda, besides Kapil Sibal, Shashi Tharoor, Manish Tiwari, Milind Deora, Jitin Prasad, Raj Babbar, Renuka Chaudhary, Prithviraj Chavan etc. In such a situation, we cannot deny the problem that the Congress is facing with an existential crisis.

The lack of leadership in May 2019 has added to the already dismal situation. We surreptitiously surrendered Karnataka and Madhya Pradesh to the BJP and also lost power in Rajasthan. The big political brand Jyotiraditya Scindia joined our rival party BJP and we were about to lose Sachin Pilot too.

The Congress successfully built a modern India, including a multi-cultural society, a prosperous middle class, a growing dominance in global trade, stable foreign policy, becoming the backbone of information-technology, and building strong democratic institutions. Therefore, many Congress leaders are disappointed with the thoughtless trend in the party, which is discouraging the activists and disenchanting the public.

The G-23 seeks internal metamorphosis because all are committed Congress leaders, who care about its future. The media's estimate of the party's possible split is incorrect. Now you will not get to see the period of 1969 and 1978, when former Prime Minister Mrs. Indira Gandhi planned the Congress Partition.

The letter is the essence of the long-standing problem of the Congress; A completely ad-hoc style of political management and lack of internal democracy in the party. For example, there has been no election to the Congress Working Committee, the powerful body of the party since 1997, and the only member of the Gandhi family has been the president of the Congress for the last 35/42 years. Of course, the party is also collectively responsible for this.

But this usually has harmful consequences for an organization and in politics, where we live in the Goldfish Bowl, the results can be disastrous. The main challenges for the Congress include organizational revival through transparent elections to Congress President and Working Committee, efforts to bring back former Congress leaders like Sharad Pawar (NCP), Jagmohan Reddy (YSRC), Mamata Banerjee (TMC) and open Developing a work culture where people can openly vote without fear of political punishment.

We have also lost our important youth vote, which needs to be prepared. However, it is a matter of great regret that senior leaders like Kumari Selja called G-23 an agent of the BJP and Jitin Prasad was attacked in Uttar Pradesh. Therefore it is often rightly said that the biggest political enemy of the Congress is not the BJP, but the Congress itself.

It is undisputed that the Gandhi family has a great contribution to India's amazing success and the opulence of the Congress party. Of course, in the future too, Gandhis will play an important role in political moves. But now, with Gandhi publicly expressing his intention to relinquish political leadership, it is imperative that someone else gets the opportunity to lead the party.

The Congress has unique talents with both administrative expertise and grassroots political governance. Those who are warning that the party will disintegrate without the Gandhis are doing so to strengthen their own interests. Those who are committed to the ideology of the party will never leave it for their short term progress.

A changed ambitious India wants an enlightened political organization that inspires the masses, as Congress once did in mass movements and large rallies. The G-23 has launched a powerful movement. After the resurgence, the Congress alone can defeat the BJP's electoral system. Then the election of 2024 will become an open election. (These are the author's own views)