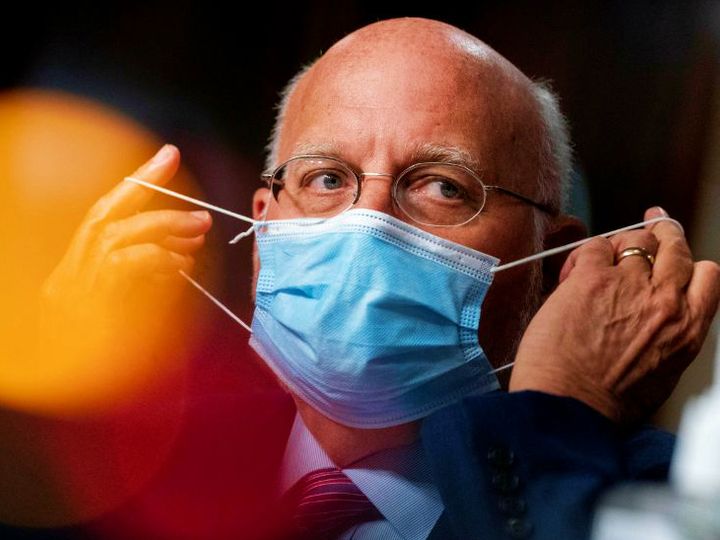 Robert Redfield, director of America's Center for Disease Control and Prevention after appearing before the Senate's Coronavirus Prevention Committee on Wednesday. Robert said – Mask can be more effective than vaccine in preventing infection. His statement was dismissed hours later by President Donald Trump. Trump said- the mask cannot be more effective than the vaccine.

The number of infected people in the world has exceeded 30 million. However, a good news in the same period is that the number of people who have been cured has now crossed 2 crore 17 lakh. The death toll in the epidemic has exceeded 9 lakh 44 thousand. These figures are according to www.worldometers.info/coronavirus.

2 to 3 crores cases in 39 days
On Thursday morning, the number of people infected with coronavirus in the world exceeded 30 million. The special thing is that the figure of 2 to 3 crore cases was completed in just 39 days. That is, the speed of infection is now the highest. About 100 years ago, 500 million people were infected with the flu 100 years ago. According to the US Center for Disease Control and Prevention, in 1918–19, 500 million people in the world were infected with influenza. At that time one-third of the world's population was infected.

UN Chief's Appeal
The number of infected in the world has reached 30 million. The situation is critical. Meanwhile, the statement of UN Secretary General Antonio Gutres also came up. Gutres said – If the Kovid-19 is to be fought, all the countries of the world will have to come together. This epidemic has to be combated together. The UN chief said – If there is any biggest threat to the world at this time, then it is coronavirus or pandemic. To deal with this, the world has to come together and on one platform. Without doing this we will not be able to combat the epidemic. 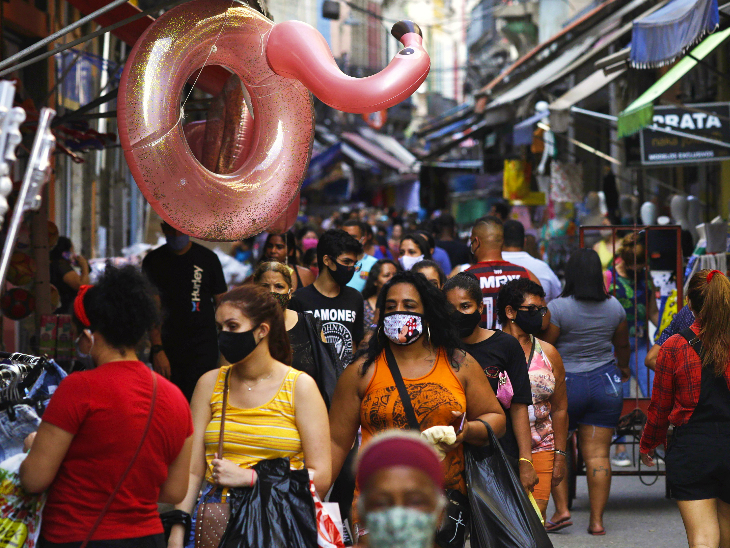 On Wednesday, people present in a market in the city of Rio de Janeiro, Brazil. Brazil is most affected by the infection after the US and India. More than 44 lakh cases have been reported here.

New Zealand: Impact on the economy
According to a report by The Guardian, New Zealand's GDP has fallen by 12.2% as of the June quarter. This is the biggest decline in the economy since 1987. The report quoted government sources as saying that the main reason for the decline in GDP is the restrictions imposed due to coronavirus. Due to this, the trade and tourism industry was the most affected. New Zealand gets the most revenue from the tourism sector. 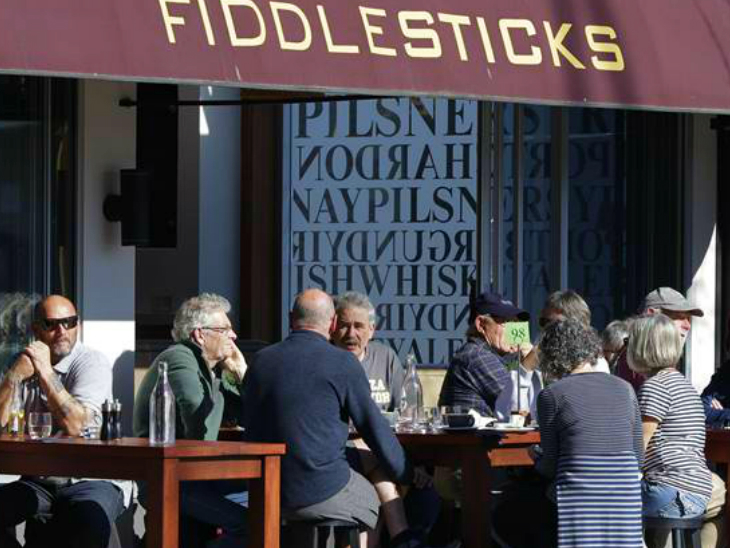 People sitting in a cafe in the city of Christchurch, New Zealand. According to a report, New Zealand's GDP declined 12.2% in the June quarter. In the wake of such an epidemic. (File)

Half of the world's children are away from school
The epidemic has affected children to a great extent. UNICEF executive director Henrietta Forre said – more than half of the children in 192 countries are unable to attend school. The epidemic has severely affected them. Around 16 crore school children are at home these days. Forre said- It is comforting that millions of children living in far-flung areas are able to get education through TV, Internet or any other medium.

CSK MI IPL UAE 2020: Performance Records Review of 8 Indian Premier League (IPL) Teams; Mumbai Indians To Chennai Super Kings | Of the 12 tournaments held so far, 7 were in Mumbai and Chennai; Delhi is the only team which could not reach the final once

Narendra Modi; PM Narendra Modi 70th Birthday Special Story | Here's Updates From Bhawana Somaaya Book Letters to Mother | The book 'Letters to Mother' is made from the pages of the diary which Modi was burning in fire 20 years ago; Read the story of his creation, more stories together ...