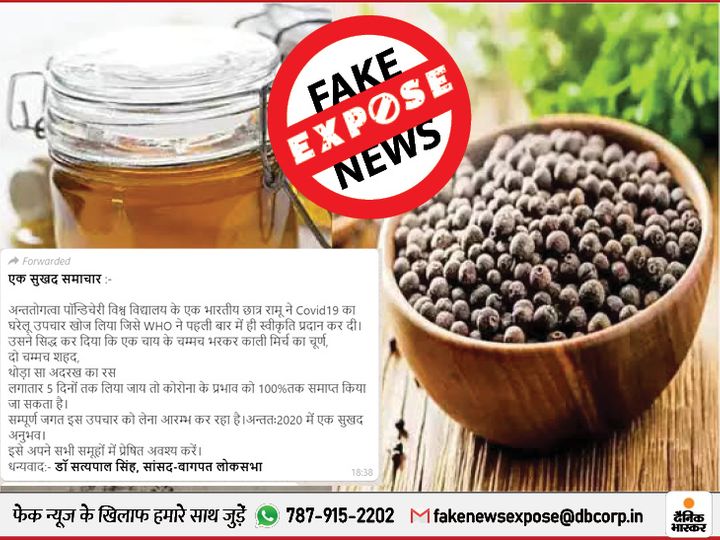 What's going viral: A message is going viral on social media. It is being claimed that an Indian student of Pondicherry University discovered home remedies for Kovid-19. Which WHO has approved in the first place.

This message related to Corona's home remedies is being shared in the name of Lok Sabha MP Dr. Satyapal Singh. We did not find any such statement of Satyapal Singh even after searching the different words. 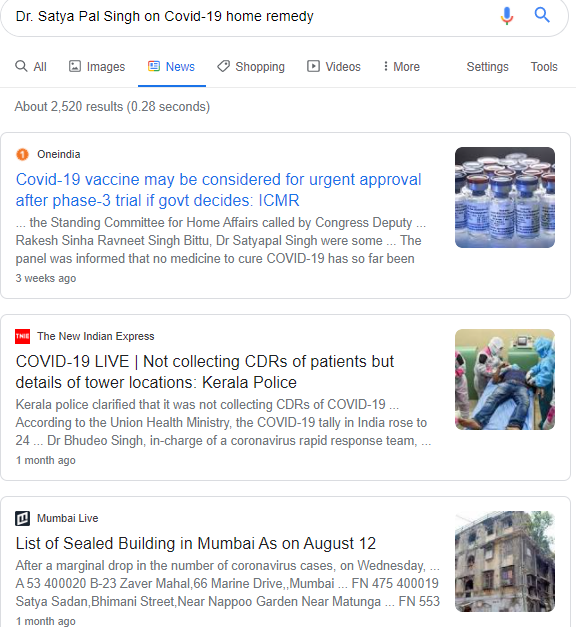 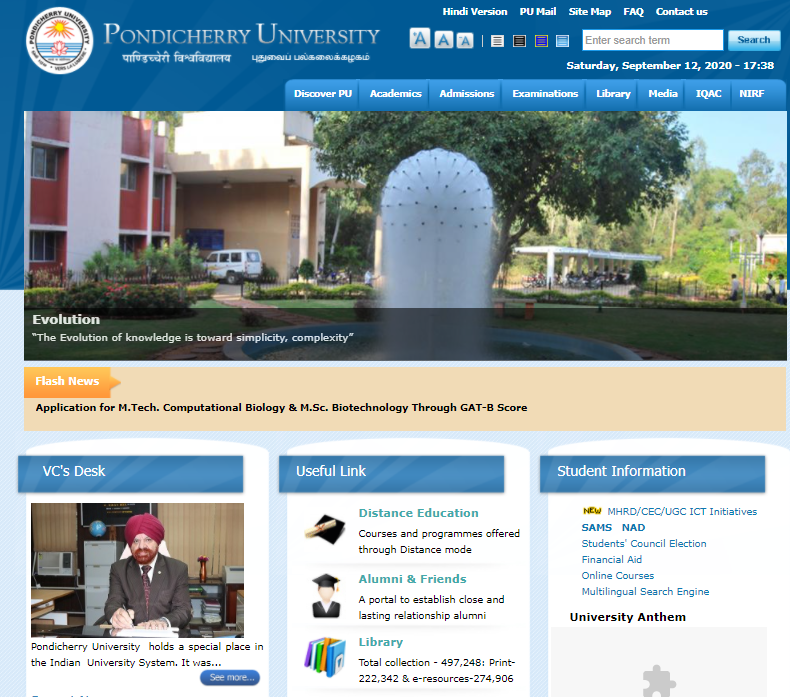 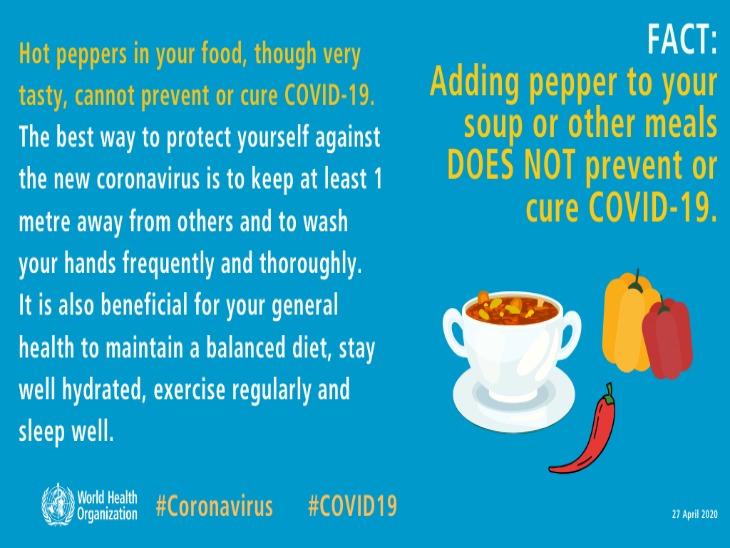