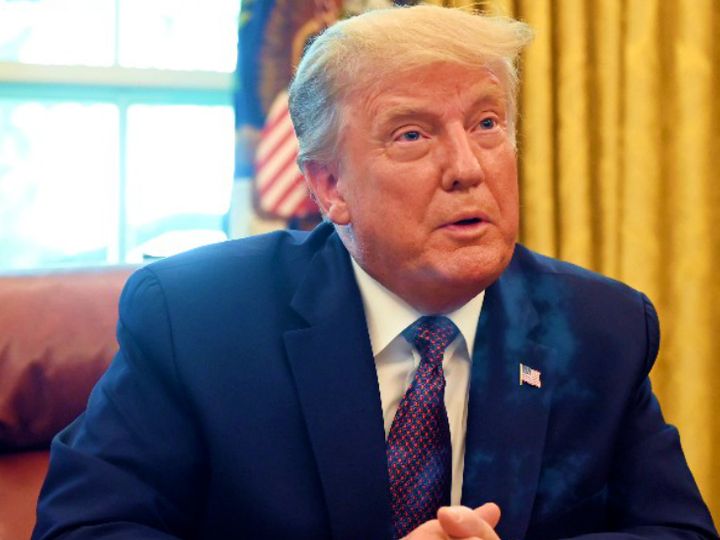 US President Donald Trump has said that he wanted to eliminate Syrian leader Bashar al Assad in late 2017. According to Trump, the then US Defense Secretary Jim Mattis did not agree with his plan. Mattis later resigned due to differences with Trump. (File)

US President Donald Trump has made a major disclosure. The revelation is about Syrian President Bashar al-Assad. On Tuesday, Trump said- I wanted to eliminate Syrian leader Bashar al-Assad three years ago in 2017. The plan was also ready for this. But, Jim Mattis (then US Defense Minister) stopped me from overthrowing Assad. Israel entered into an agreement to establish diplomatic relations with Bahrain and the UAE after US mediation on Tuesday. Trump also called it his big success.

What did trump say
During a TV show, Donald Trump showed so much stance on the Syrian leader for the first time. Said- I want to throw them out. Complete preparation was done for this. I wanted to finish them. In 2017, the entire operation was planned for it. But, Mattis was not ready for this. Mattis was highly regarded. I had removed them as well.

Distances from mattis
This is not the first time Trump's displeasure with Mattis has surfaced. Two years ago, he resented the attitude of this American general. The special thing is that Trump brought Mattis to the Pentagon. However, Trump did not agree with Mattis on Syria and some other issues. However, the American president once called Mattis the great general. However, the two could only work together for about a year. Mattis resigned in late 2018.

American commandos were ready
Syrian leader Assad is accused of carrying out a chemical attack on civilians in April 2017. Some photographs of this were also revealed. These were citizens who were considered anti-Assad. The chemical attack could never be confirmed. But, Trump promised at the same time that Assad would have to pay the price. According to reports, in late 2017, Trump ordered the US military and commando squad to eliminate Assad. However, this was not possible due to Mattis. Trump said – Assad is not a good man at all.