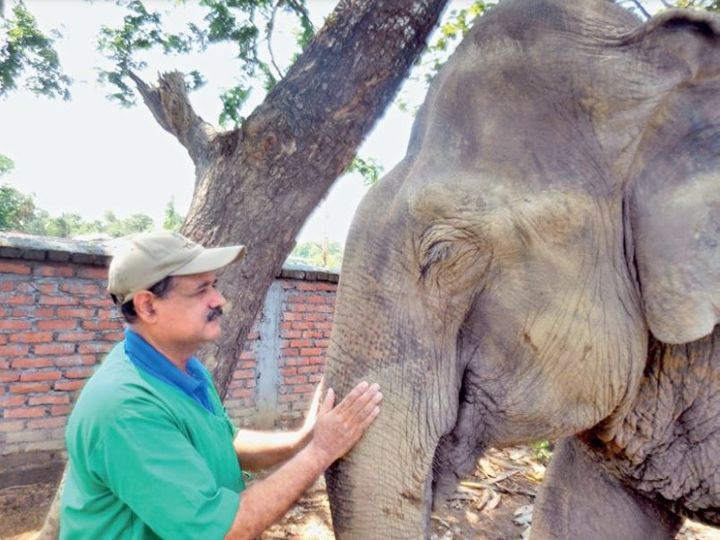 Dr. Sharma says, 'During the floods, many times even elephants flow into Kaziranga National Park. Children are separated from their mother. In such circumstances, they need care. So I am there to help them in times of floods.

59-year-old Dr. Kushal Konwar Sharma, known as Elephant Doctor, talks about elephants when both happiness and enthusiasm start appearing on his face. Dr. Sharma, who has spent 35 years in the care and treatment of elephants, has saved thousands of elephants from the floods of Assam to the forest of Indonesia.

Dr. Sharma says, 'During the floods, in the Kaziranga National Park, many times even elephants are washed away. Children are separated from their mother. In such circumstances, they need care. So I am there to help them during the flood. '

Regarding elephants, Dr. Sharma says, 'Elephants are very intelligent. They are estimated to be flooded six-seven days in advance. So most of the elephants leave Kaziranga and go towards the high hill.

Elephants used to go to Myanmar via Nagaland

Till a few years ago, before the floods, almost all the elephants of Kaziranga used to go to Myanmar via Nagaland and were hunted on their return. Now elephants have understood this and do not leave Kaziranga during floods. '

Dr. Sharma, who has traveled a distance of three lakh km to treat elephants in the thick forests of the northeastern states, has risked his life more than 20 times. Have treated 10,000 elephants for 15 years without taking any weekly leave.

Understand the language of elephants by their activity

Dr. Sharma says, “I understand the language of elephants in their language. I talk to them in signal. Most elephants here recognize me. ”Elephant love Dr. Sharma loves elephants since childhood. Recalling those days, he says, 'There used to be a female elephant named Lakhi in our house at that time and I spent most of my time playing around it. That's where love for elephants started in my mind. '

In Indonesia, elephants are maintained by Dr. Sharma's model

Dr. Sharma has treated hundreds of elephants from Nepal, Sri Lanka and Indonesia. He explains, 'After the nineties in Indonesia, elephants are captured from forests and kept in Elephant training camps. Many elephants were dying there. So those people called me. Even today, elephants are being looked after by captive Elephant Management and Healthcare Plan.

Actress kangna ranaut again target BMC and maharashtra goverment says the attempts to break my house after my work place | Kangana, who came out for Manali, tweeted and said – the protectors are declaring to be eater, the crocodiles are tearing up democracy