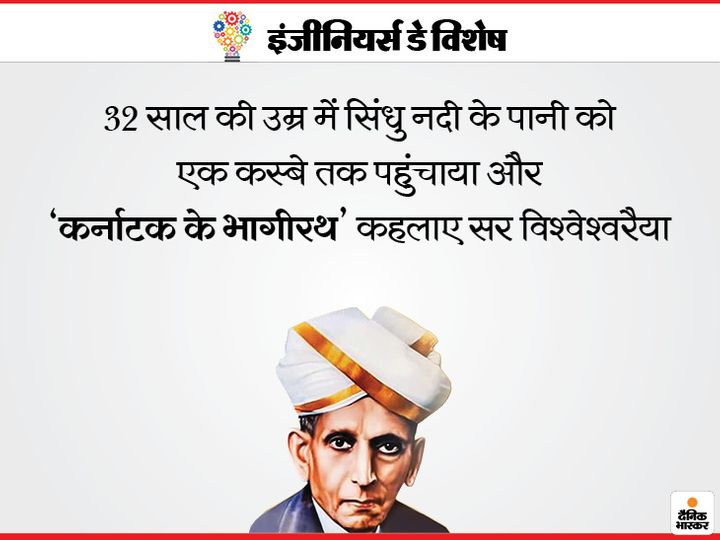 Think first, make a plan, then start working after understanding the strengths and imperfections. This has been the philosophy of the life of Sir Mokshagundam Visvesvaraya. He achieved achievements in the field of engineering, which became immortal in history. Today is his birthday, which is celebrated as Engineers' Day. Sir Mokshagundam created such a record in the field of engineering in his era, which the British also believed. Those of his life on Engineers Day Know the stories that surprised everyone …

The British who made fun of him only apologized
The most interesting anecdote in the life of Visvesvaraya is related to the British. Once he was traveling on a train with the British. The British started making fun of him by considering Vishveshvaraya with dark complexion and normal height. He did not respond to this. The train was moving at a high speed, they suddenly got up and pulled the chain. The train stopped there.

The passengers started calling him bad. After some time, when the guard was asked, he said – I have pulled the chain. I estimate that the rail tracks have been uprooted at about 220 yards. The guard asked- How did you know this. He replied – During the journey realized that there was a difference in the speed of the train. There has been a change in the sound coming from the tracks. The guards were stunned when they went a little further to confirm this. There were scattered nuts and bolts on the tracks. The British were stunned to see this and apologized to him. 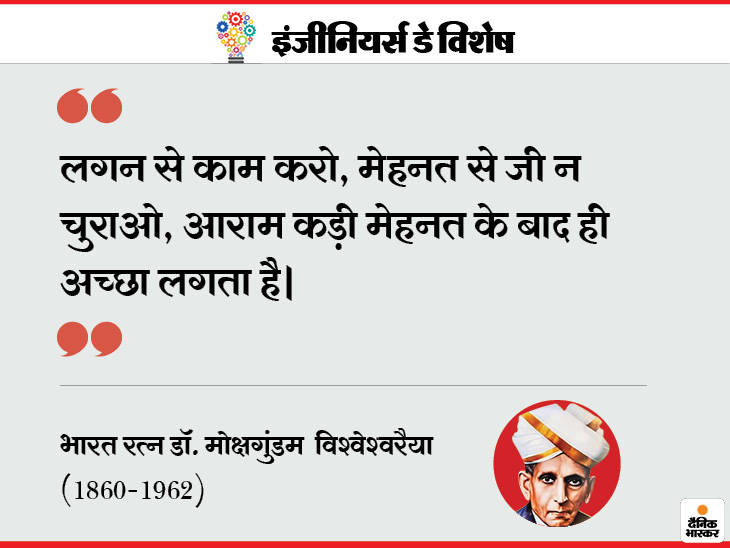 Seeing such a high ladder all the engineers retreated, but even after being the oldest in that group, Dr. Mokshagundam said, I will see. He climbed the ladder and saw the machine. Only two more engineers boarded after them. Seeing his courage, people in America's factory praised him.

Told the secret of long life
Dr. Mokshagundam died at the age of 102 years. Even at this stage of his age, he remained active till the last time. Once he has been asked the secret of such a long age, he replied – When old age knocks on my door, I reply from within that Visvesvaraya is not at home. Then he returns disappointed. If I cannot meet old age then how can he dominate me. 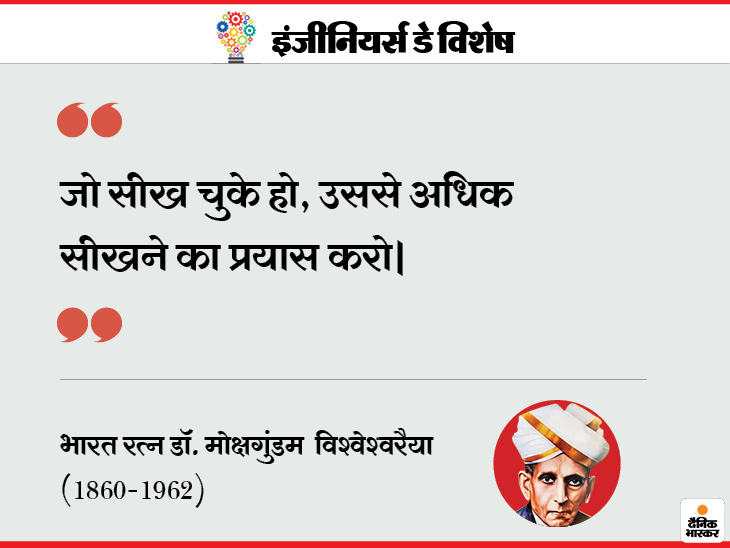 Hence, it is called Bhagiratha of Karnataka
Dr. Mokshagundam is also known as Bhagiratha of Karnataka. At the age of just 32, he made a plan to transport water from Indus river to Sukkur town. All the engineers liked that plan. He made steel doors to prevent the flow of water from the dam, which was also praised by the British authorities. It is still being used today. Visvesvaraya also prepared plans to tie the waters of two rivers named Moses Aura Issa. He was then appointed as the Chief Engineer of Mysore. 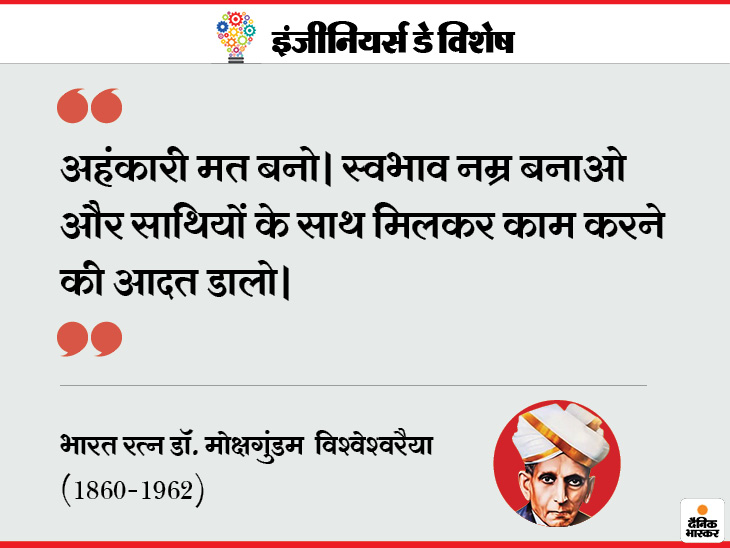 In 1912, when the Maharaj of Mysore declared him his chief minister, he worked in the field of education. During his tenure, the number of schools increased from 4500 to 10,500. Hindustan Aeronautics Limited in Bangalore and Premier Automobile Factory in Mumbai were also the result of their hard work. 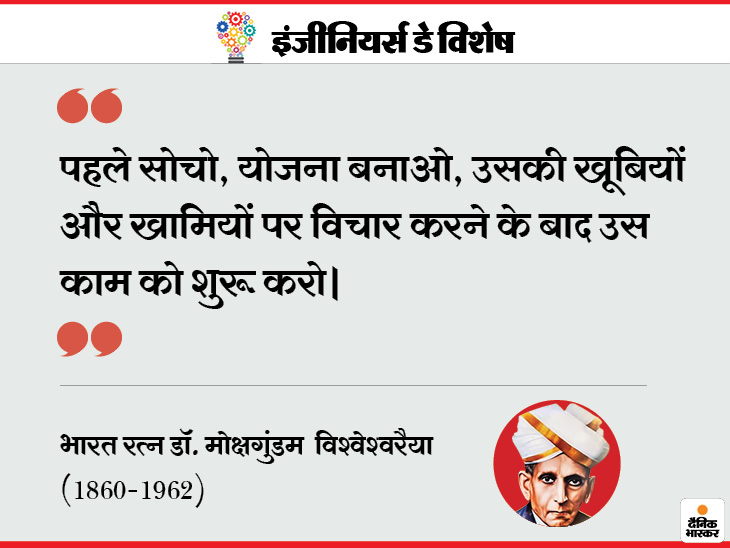 Mysore-born Sir Visvesvaraya was 12 years old when his father died. After his early studies from Chikballapur, he moved to Bangalore for a BA degree. After completing graduation in 1881, he completed his studies from the College of Engineering, Pune.