Engineers Day today | Poor Quality Engineering Colleges in the Country | More than 50% of the Colleges have no Permanent Teachers | Private Colleges are Low Quality | Attraction towards engineering is decreasing, enrollment in AICTE colleges is continuously decreasing since 2015 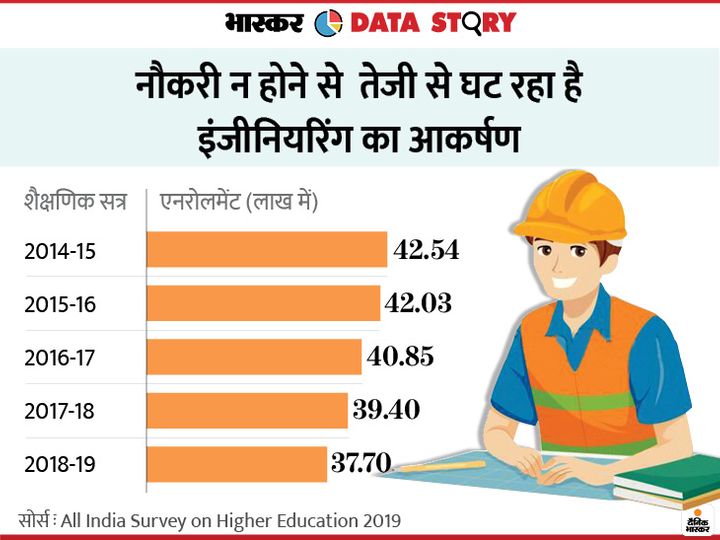 Millions of people leave college every year with an engineering degree in India, but most are not employable and cannot get a job. According to the National Employability Report 2019, 80 percent of the students do not get jobs. Even after becoming an engineer due to unemployment, the students are ready to take care. This has reduced the attraction towards engineering degree in the last few years.

Quality Improvement Program of the Government of India

The Union Ministry of Human Resource Development along with the World Bank started the Improvement Program for Technical Education from April 2017. The project started with a focus on low-income states. This came into force in two union territories as well as Bihar, Chhattisgarh, Jharkhand, Madhya Pradesh, Odisha, Rajasthan, Uttar Pradesh, Himachal Pradesh, Jammu Kashmir, Uttarakhand, Arunachal Pradesh, Assam, Manipur, Sikkim and Tripura. Teachers were financed from the World Bank for three years, after which this responsibility was given to the states. Three phases of the TEQIP program were introduced to improve the quality of technical education in engineering institutions already in the states. 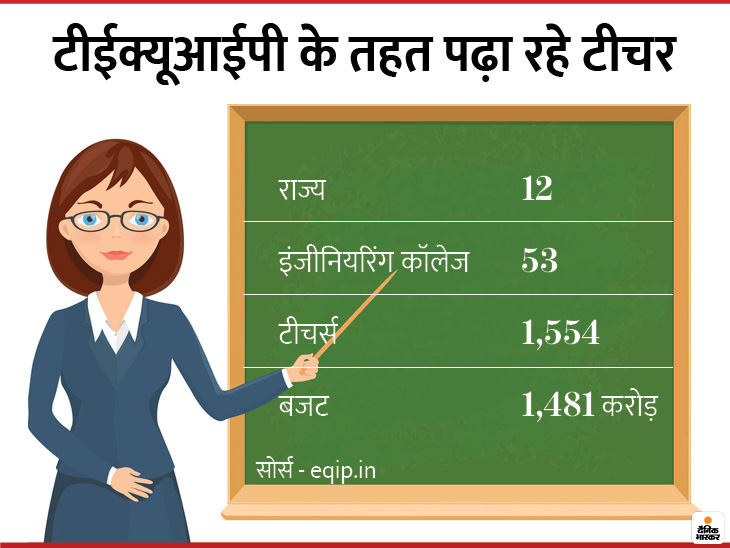 In the third phase of this project, in April 2017, 1,554 assistant professors were appointed in 53 engineering colleges across 10 states and two union territories. Most of them are also educated from Indian Institute of Science (IISc), Indian Institutes of Technology (IITs) and National Institutes of Technology (NITs). He was initially contracted for three years. His term ends in September. There has been no decision regarding its renewal. These teachers performed then extended the tenure by 6 months. The states have not taken any decision so far. 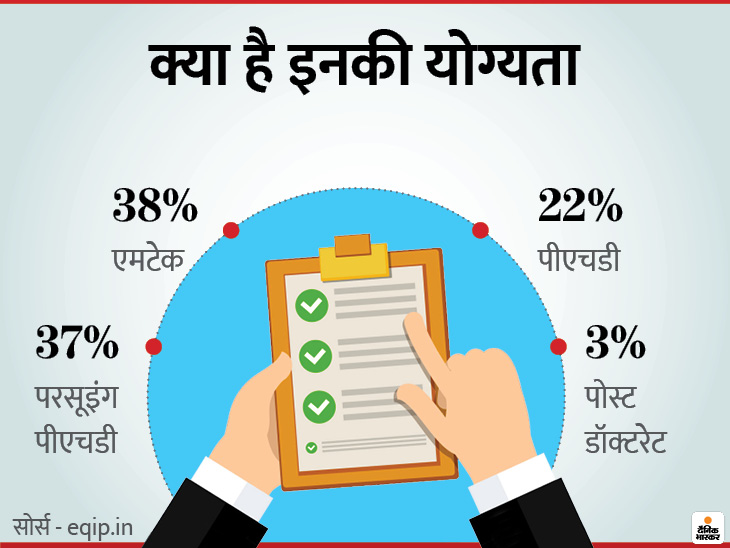 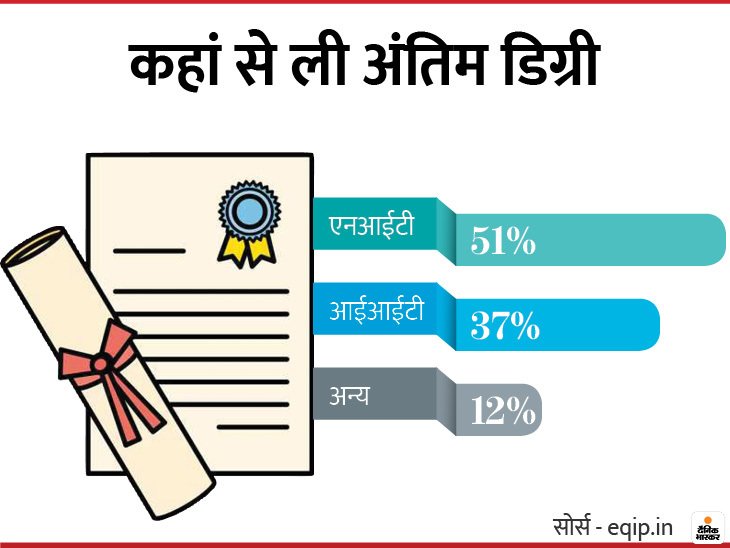