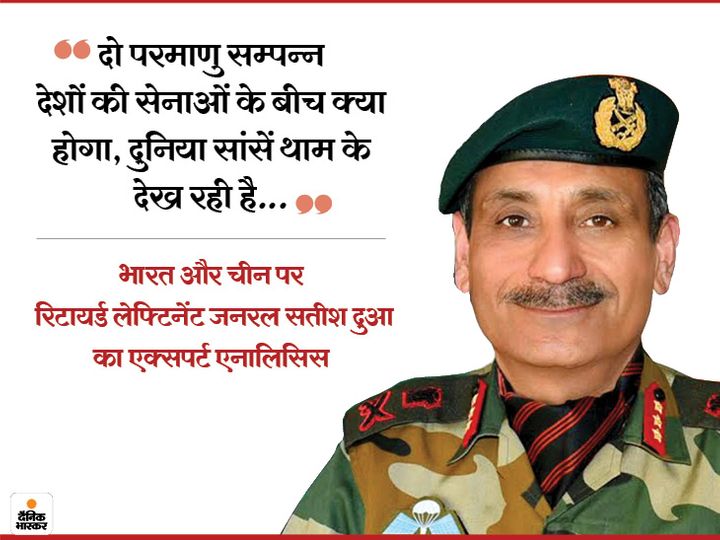 After talks between the foreign ministers of India and China in Moscow this week, the situation between the two countries is expected to improve. But, still it is time for examination. For the last four months, there has been a deadlock with China in Ladakh continuously. We tried everything we've tried before. Performed many activities for the first time, but we are still where we were.

We were proud that despite all the differences and deadlock, there was no firing on the border in the last four decades, nobody died. But, both of these things came to an end in this summer of 2020. There were also firing and deaths on the outskirts. However, the two sides held each other responsible for this. For the first time, military negotiations have been upgraded to lieutenant general level.

Ironically, the level increased but their ability to reduce stress decreased. Last week, the Indian Army captured some peaks in South Pangong Tso and other parts to maintain the advantage both on the strategic battlefield and on the negotiating table. This has frustrated the Chinese PLA.

Because, he never imagined that we would take this step. They have also suffered from this. This is why he fired to intimidate our soldiers. However, this is ridiculous, as live bullets and corpses cannot stop Indian soldiers. 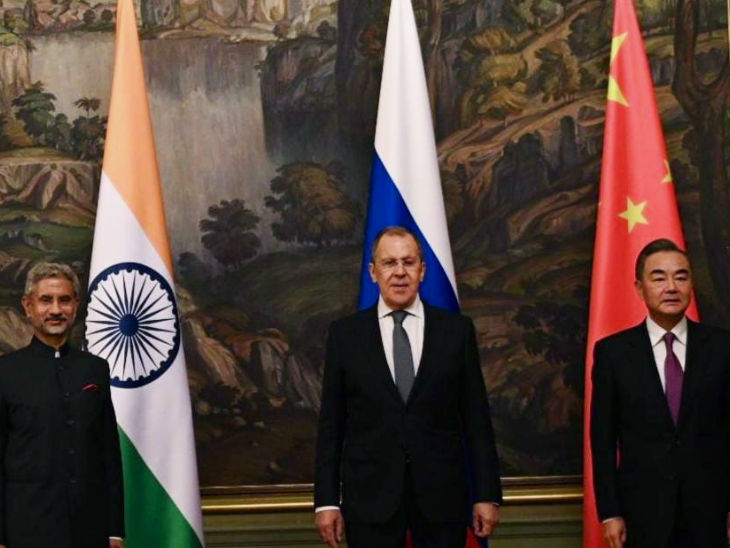 Recently in Moscow, there was a meeting between the Foreign Ministers of India and China in which talks were held on the ongoing deadlock.

There is a state of uncertainty between the two. Two nuclear-rich countries are facing each other across the border with their military. Negotiations have also taken place in many rounds and are still going on but nothing much has been achieved. The world is watching breathlessly. Many also proposed mediation, which was politely declined.

At such times, the army and government must take their decisions with utmost care and maturity. It is necessary to have synergy between all organs of government and all instruments of power of the country. In such a situation, the country should be one.

There is a lot of anger in the country on this subject. Everyone has different opinions about this. Media houses want the fastest report, even at the cost of fact-checking and credibility when needed. Because they have their own compulsions regarding TRP.

However, they have little emptiness regarding information about the army. They therefore seek the help of experts, retired military officers and defense analysts. These experts are those who have worked in the field, have knowledge about the subject and have a good understanding of operations. But, trouble starts when some of them start keeping the fact away from reality.

Doing so can also endanger the lives of soldiers in the operation. Some staunch nationalist media, experts and some people start talking on social media like surgical strikes and inside lessons. So some people start questioning the army and government at every strategic step.

People have even gone so far as to say that China has occupied our one thousand square kilometer area, should strike it surgically, teach it a lesson, avoid spreading such misinformation.

I think in such a time, all of us should maintain peace and balance. All Indians need to rely on the army. Because, the army has never disappointed us and will not do it in the future, even if they have to give their lives for it. So they need support, they should feel that 130 crore countrymen are with them. Today there is a need for media restraint. I will also appeal to all to become mature citizens.

Responsible countries have a mechanism to avoid potential confrontation or war. War is a deadly occupation. It can take any country back by ten years or more. Any conflict or war should only happen when we have no other choice.

It is also important that the Indian Army and government should make the country aware of the border situation. There may be some limitations in terms of security, but constantly updating people is also necessary to prevent rumors. Because information is a space. If you leave empty space in it, it will be filled from the other side. This is called information warfare.

Hopefully we will all come out of this with some learning experiences. India is a diverse country, we have often proved unity in diversity and the ability to rise together against all challenges. India can always win. Satyameva Jayate!

2. Anger in the country when Major General comes from China in front of India's Lieutenant General at the Expert Analysis / Border Meeting, but this is not a rank but a role

3. Analysis / There is democracy in our country, so we tell, but China will never tell how many of its soldiers have been killed.

Sanjay Raut Over Attack On Retired Navy Officer, Something Like This Can Happen To Anyone – Attack on Former Naval Officer: Sanjay Raut said- Maharashtra is a big state, it can happen to anyone