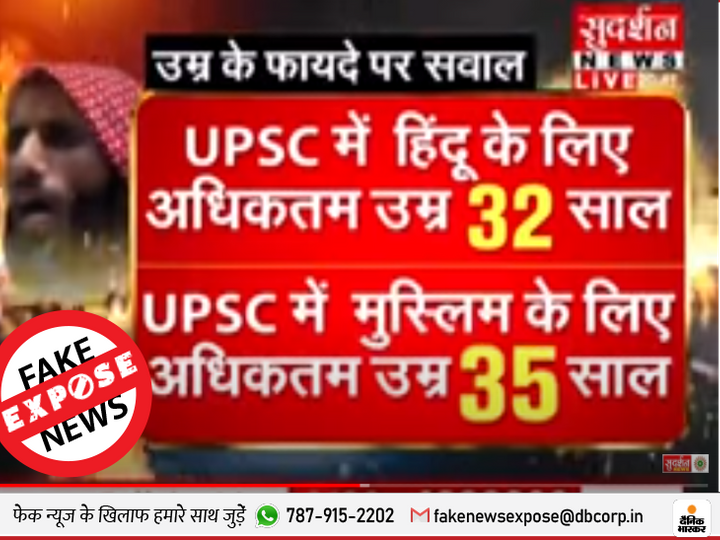 What is going viral : One on social media Message Is going viral. It is claimed that in the IAS exam conducted by UPSC, Muslim candidates get many additional discounts compared to Hindu candidates.

It is claimed that the age limit of Hindu candidates in the examination is 32 years. At the same time, it is 35 years for Muslim candidates. Muslim candidates get 9 chances in UPSC. Whereas Hindu candidate got only 6 chances. Opportunity means a fixed limit, as many times as a candidate can appear in the UPSC examination. This is commonly called Attempts. A screenshot of the program of Sudarshan News is also going viral with the message. This program is also available on YouTube. In the same way, there are many more. 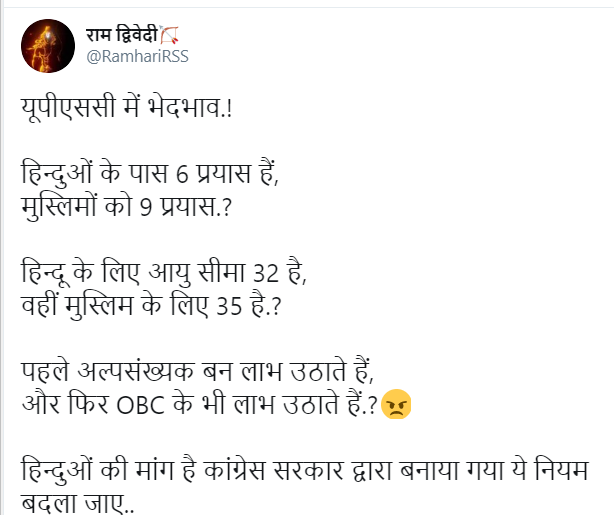 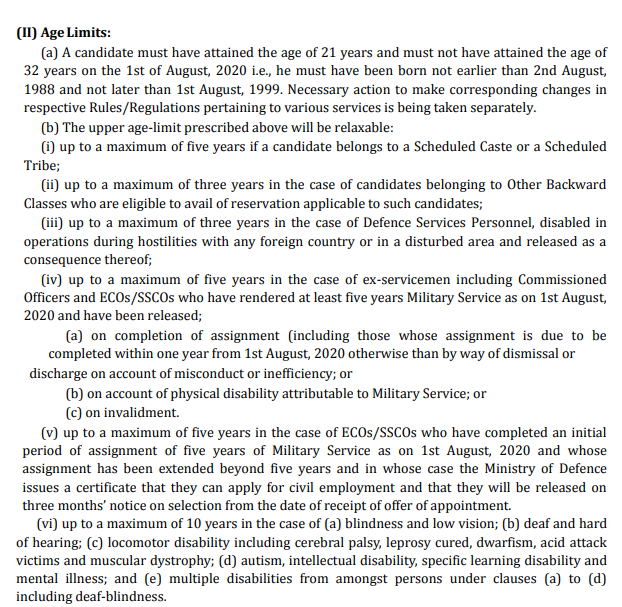