Fact Check: Will Urdu, Punjabi and Sindhi languages ​​no longer be taught in Rajasthan schools? This claim is fake | Are the schools of Rajasthan being closed in Urdu, Sindhi and Punjabi languages? This claim was thrown out in the investigation 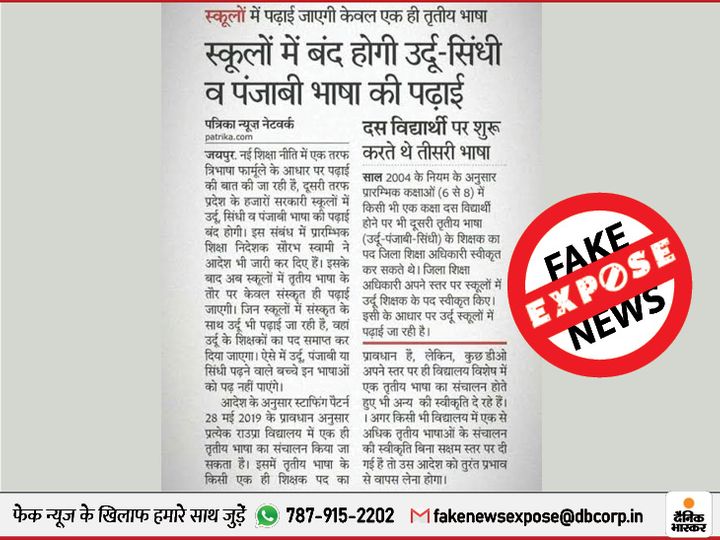 What's going viral: On social media Claim It is being done that Hindi, Urdu and Punjabi languages ​​will be discontinued in Rajasthan schools. A news cutting is also being shared with the viral message. According to this news, in the new education policy, on the one hand, the three language formula is being talked about. At the same time, the teaching of three important languages ​​is being stopped in the government schools of Rajasthan. 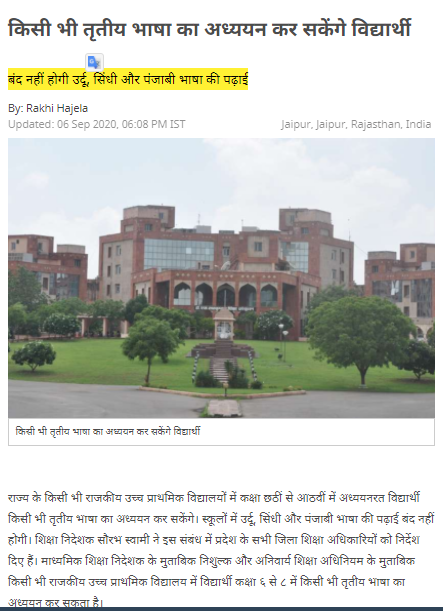