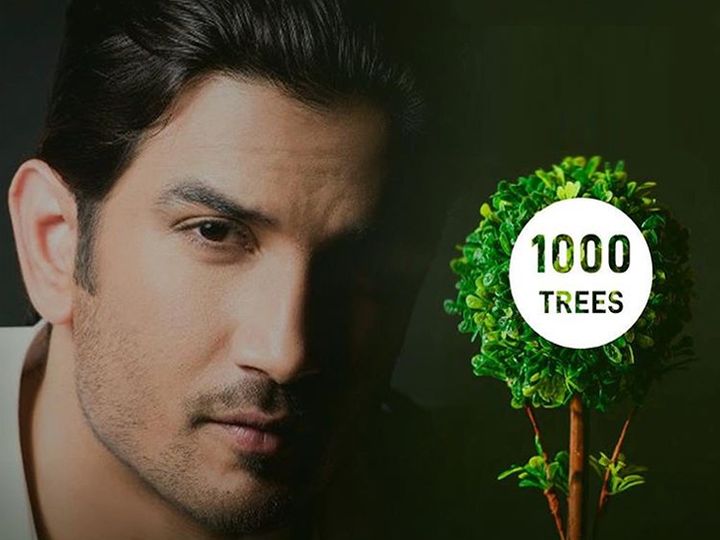 Supporting the # Plants4SSR campaign in memory of Sushant Singh Rajput, his fans around the world planted more than 1 lakh saplings on Sunday. This information was given by actor's elder sister Shweta Singh Kirti while sharing a video on social media. He was the one who appealed to the fans to plant saplings on September 13 to fulfill Sushant's dream of planting 1 thousand saplings.

In the video that Shweta shared, people of different ages in different parts of the world are seen planting saplings in memory of Sushant. At the same time, the song 'Manja' of Sushant's debut film 'Kay-Po-Che' is heard in the background.

'We are grateful to you'

The video begins with the line, “Sushant dreamed of 1000 trees and gave wings to his dream, which he deserved.” At the end of the video, expressing gratitude, 'Thank you for realizing Sushant's dream, tremendous response, more than 1 lakh trees have been planted all over the world. We are grateful to you. '

Earlier on Saturday, while sharing a post, Shweta reminded Sushant's fans about the plantation drive. In which he wrote, 'And don't forget our tomorrow's campaign # Plant4SSR. There is no more waiting to see you guys planting trees for our dear Sushant. What a wonderful creative way to remember our star while fulfilling her dreams. '

Sushant had shared a post exactly one year ago on 14 September 2019 about his wish list of 50 dreams. Sharing this, he wrote – 'My 50 dreams and counting continues …' During this time, he had told his first dream to learn to fly the plane, while the last dream was about traveling to Europe by train. The dream of number 11 of these was to plant 1 thousand saplings.

Sushant's friend and director of his last film 'Dil Bechara', Mukesh Chhabra, also planted a sapling in his memory while supporting this campaign.