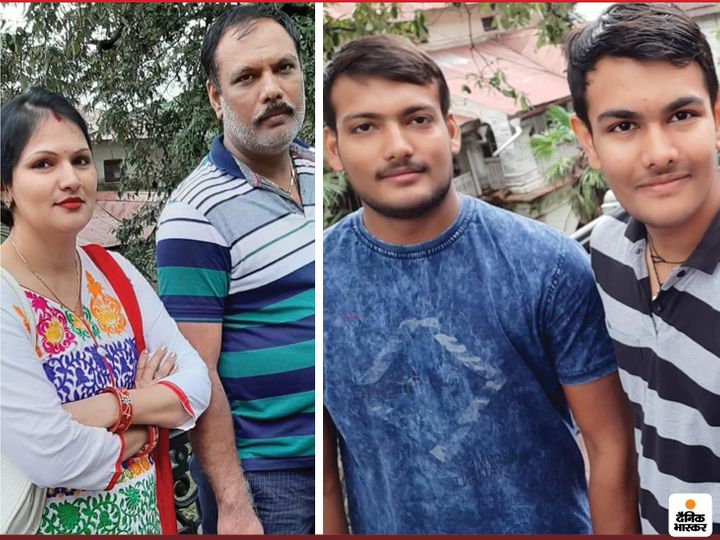 (Left side) Yashwant Soni and his wife Mamta. Both sons Ajit and Bharat Soni. (File photo)

Here the bodies of the jeweler, his wife and two sons were found hanging from the noose in his house. After initial investigation, the police said that the deceased Yashwant Soni had taken a loan. Fed up with the debt mafia bothering him, the family committed mass suicide. At present, the autopsy is being done postmortem. The forensic team also investigated the spot.

Yashwant (45) lived with the family at Radhika Vihar in Kanota area. He was survived by his wife Mamta (41), son Ajit (23) and Bharat (20). When the family did not show up on Saturday morning, the relatives living nearby arrived at the house. The door was locked from inside. When relatives gave voice, there was no response.

After that, when they looked through the window, the whole family was seen hanging. After this, the police was informed. The father and the two sons were hanging on a noose in a hall. While the wife hanged in a separate room. His blindfold was tied. At the same time, both sons had their feet tied. 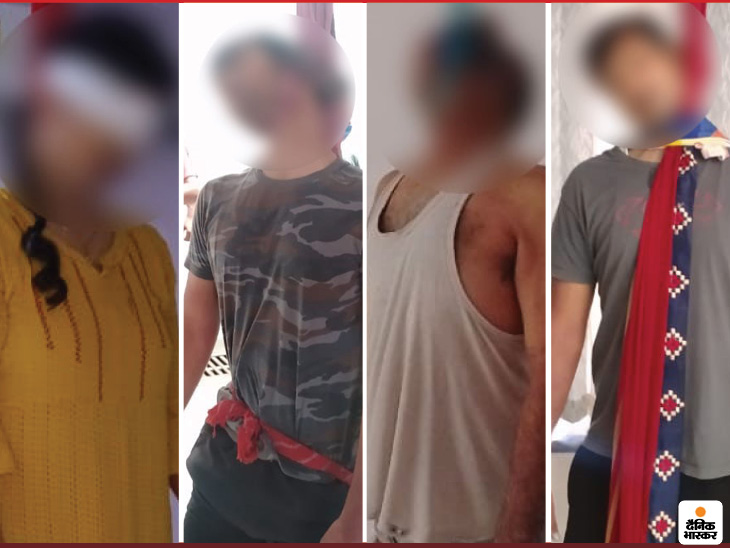 The father and two sons were found hanging in the hall. At the same time, the woman was hanged in another room.

People around say that some people came home at night. There was some discontent about the transaction. No one knows what happened after that. Yashwant used to work in jewelery. It is also being told that the police received a suicide note from the spot. However, the police refused to divulge anything about the suicide note. Officials are also unable to explain clearly why the band was tied on the feet and the eyes of the woman hanging from the noose.

Yashwant tried to commit suicide even a month ago

Police investigation has revealed that Yashwant Soni had attempted suicide about a month ago. He had cut his arm vein. During this time the family took him to the hospital, where his life was saved.

Family was troubled due to debt

Additional SP Manoj Chaudhary, who reached the spot, said that the family had jewelery work. It is learned that they were taking money from someone on interest, due to which the interest mafia was harassing them. Distressed by this, the family committed suicide by hanging. On the other hand, it is being told that some people have been detained by the police after questioning people from nearby.

At present, the forensics team has also gathered evidence from the spot. The bodies of the four dead have been kept in the morchary of JNU Hospital for postmortem. These will be corona examined first. After the report of which will be postmortem tomorrow. 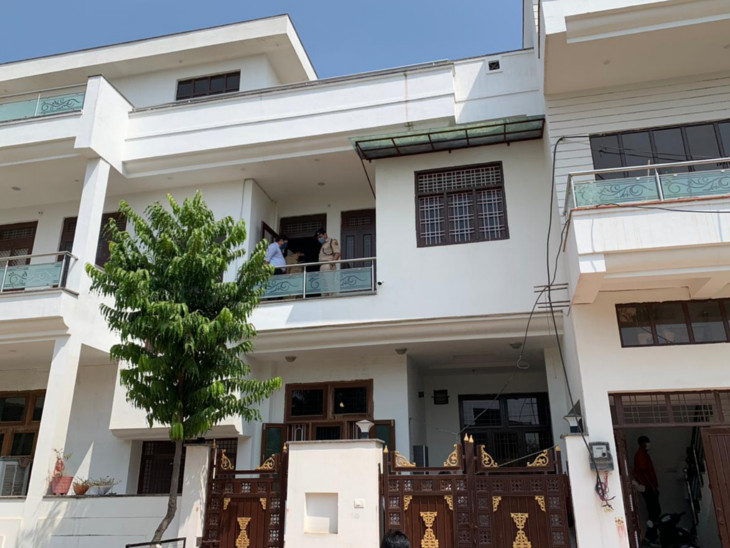 The dead bodies of the four family members have been found hanging in this house.

Investigation will also be done from the angle of murder

Police say that the case seems to be of mass suicide in the initial investigation. However, the forensic team has gathered evidence from the spot. The relatives of the deceased and those associated with them are also being questioned. The phone call details of the four deceased have also been removed. In such a situation, the police is investigating all the angles.