Frenchman to live-stream death in right-to-die case after President Macron rejected his request for euthanasia | When the President rejected the demand for euthanasia, the sick person started live streaming of death on Facebook 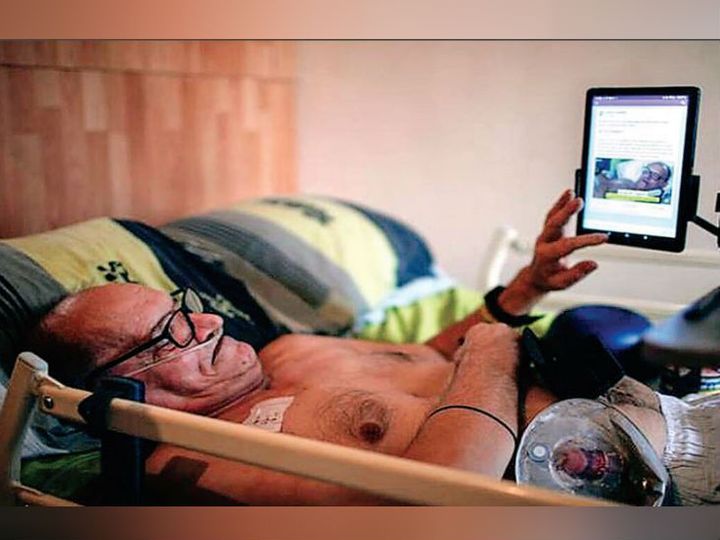 Alain Kok, 57, is suffering from incurable disease. They want to change the law of France and allow those who suffer the pain of serious illness to have euthanasia.

57-year-old Aline Coke, living in the city of Dijon, France, is suffering from incurable disease. On not receiving treatment, he appealed to President Emmanuel Macron for euthanasia. However, the president rejected Coke's demand. Coke has given up drinking now. Also started live streaming of his death on Facebook from Saturday morning.

Coke said- “I will not be able to live more than a week. As time passes, I am getting anxious. “Coke wrote to the President in a letter-” I am suffering from a disease which is untreated. To calm my unbearable pain, I should be given something that can calm me down and die. “

At this, President Macron refused to grant euthanasia, explaining them. Macron said- “I am not allowed to do this according to the French law, because I am not older than the law. Therefore, I cannot accept your appeal. “

France is one of the European countries that does not allow euthanasia. According to a law enacted in 2016, euthanasia is not granted to patients during their last moments. However, such patients can only be kept unconscious.

Coke said- maybe my move will change the law
Coke has been ill for the past 34 years. Due to illness, they have to stay in bed. On streaming live, he said- “I want to make my death memorable. Wish the world remembers my death. Perhaps this leaves room for change in French law. To this, President Macron said – “Honor this wish.”