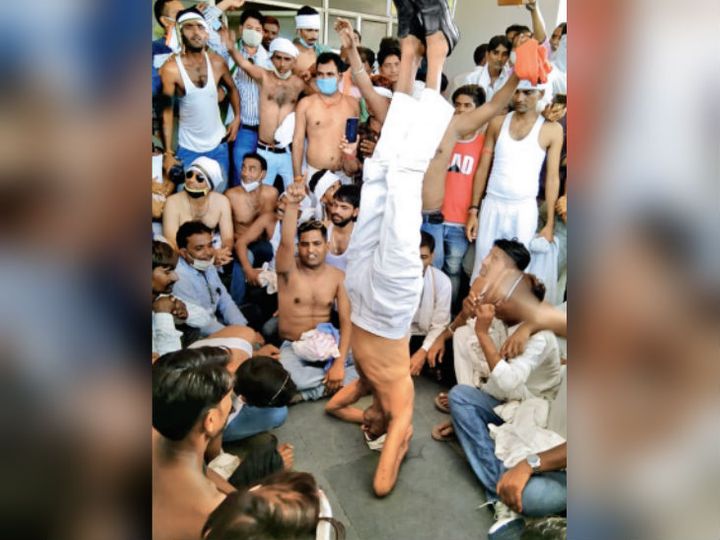 Congress MLA Babulal Jandel was also present during the protest. In protest, he took off his shirt and started headship in the office itself. During the headship, the MLA described the BJP government as anti-farmer.

Farmers surrounded the collectorate on Monday demanding four times compensation for land. Congress MLA Babulal Jandel was also present on the occasion. SDM Rupesh Upadhyay came to talk to him, but the farmers refused to give him the memorandum. The farmers demanded to call collector Rakesh Srivastava. If the collector did not come for half an hour, everyone started the demonstration by taking off the shirt and shirt. Meanwhile, MLA Babu Jandel took off the shirt and started headrest.

Farmers performed for 2 hours. 1 hour later when the Collector arrived, but he was angered by the sloganeering and returned. He did not even take the farmers' memorandum. The farmers read the memorandum in the collectorate premises and then paste it on the wall. The police force was also called in the midst of protest, but by the time the force arrived, the protest was over. 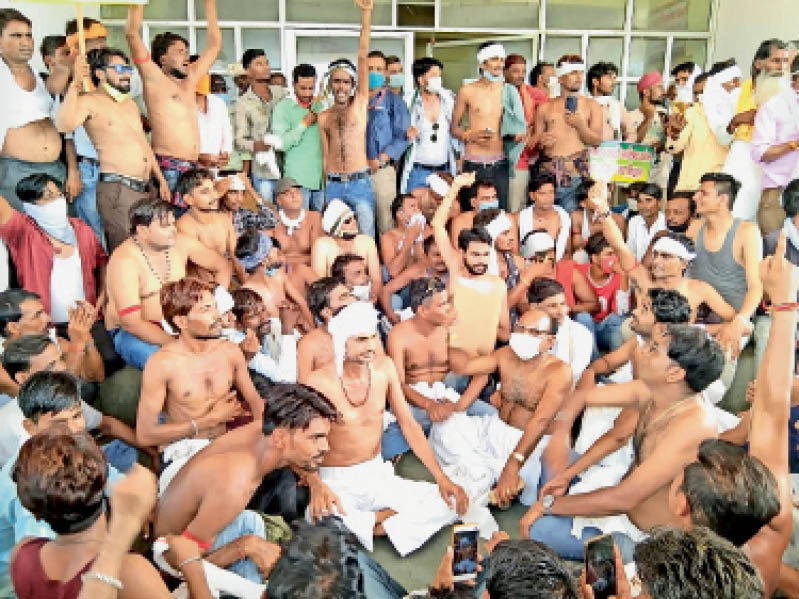 Kisan Sangharsh Samiti officials and farmers in the collectorate premises along with the MLA.

The farmers said that the land the government is going to give them. They are already occupied. Development is not only being talked about here, but the destruction of farmers is being talked about. Because on the occupied lands, the farmers will have to fight against each other. Farmers cannot do this at all. It is better that they be given four times compensation in lieu of land as per the guidelines. It was also said in the memorandum that if the demand of the farmers is not met within seven days, then they will go on the streets and agitate.