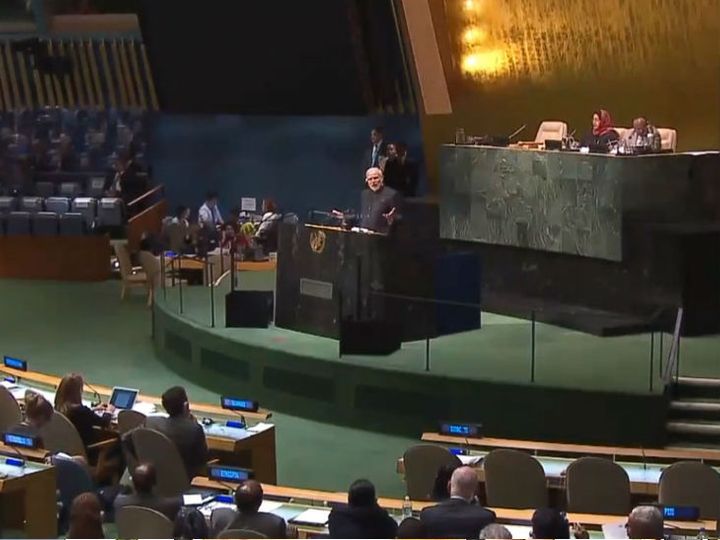 The photo is from September 2014. At that time Prime Minister Narendra Modi gave a speech in the United Nations General Assembly. India was elected as a temporary member of UNSC in July this year.- File Photo

Four of the five permanent countries of the United Nations Security Council (UNSC) have supported the granting of permanent seats to India. Minister of State for External Affairs V Muralitharan gave this information in Parliament on Monday. “India is more likely to get permanent membership when UNSC expands,” he said. However, he did not say about which countries have raised their voice in favor of India.

He said that during the visit of the Prime Minister of India to China in May 2015, China also supported the inclusion of India in the UNSC. In a joint statement issued at the time, it was said that China considers India's status in international affairs important on the basis of a developing nation. It supports India's involvement in the UN Security Council.