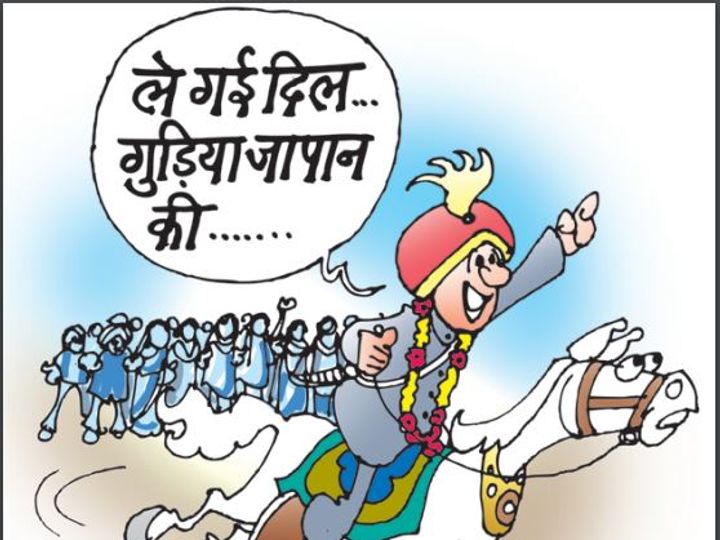 In Japan, the government has decided to give an incentive of up to six lakh yen, or about 4.25 lakh rupees, to couples wanting to settle down. This is being done so that people get married soon and have children and the rapid falling birth rate in the country can be controlled. For this, the government is going to start a massive reward program from April.

Japan has a population of about 1268 million
Historically the lowest 8 lakh 65 thousand children were born in Japan last year. The death toll was 5 lakh 12 thousand more than the birth. This is also the biggest difference between birth and death. The government expects the birth rate to be 1.8% this year, slightly higher than the previous year's 1.42%. Japan has a population of about 1268 million. Japan is the oldest country in the world by population.

It also has the highest number of people over 100 years of age. According to the Lancet report, if the birth rate remains the same, by 2040 the population of the elderly will be more than 35%. To bridge this gap, the government has started this campaign on a large scale.

The government has put some conditions for joining the scheme

Youth are not getting married due to lack of money

The National Institute of Population and Social Security Research conducted a survey in 2015. It revealed that about 30% of unmarried boys and 18% of unmarried girls in the age group of 25-34 attributed lack of funds to the decision not to marry.

Increase in birth rate in other countries gets reward

Italy: Italy is the second country where the fast birth rate is falling. Here, every couple gets 70 thousand rupees from the government on having a child.

Estancia: In the European country Estonia, to increase the birth rate, the job worker is given leave with full salary for one and a half years. Also, a family of three children gets a bonus of 300 euros, or about 25 thousand rupees every month.

Iran: Here the vasectomy of men is banned. Here, contraceptive medicines are given only to women who are required to take this medicine due to health reasons. Additional ration is given to the family producing more children.

Encounter In Chrar I Sharief Area Of Budgam Terrorist Killed By Security Forces – Jammu and Kashmir: A terrorist pile-up during encounter in Budgam, search operation continues