Pune has become the most corona infected city in the country with more than one lakh eighty thousand patients. Like the rest of the world, the epidemic has changed the lifestyle of the people living here. The old charm of the city is almost gone. Changes are also seen in the third largest red light area of ​​the country i.e. Wednesday Peth.

Necessary precautions are being taken by the administration, NGOs and sex workers living here to prevent corona infection. Not a single case was reported for 4 months after the lockdown. But now they have started coming, in the last few days, more than 40 cases have come up. However, now only 15 active cases remain. Thankfully, no one has died yet.

What did you do as soon as the lockdown started?
Sachin Tamkhede, ward officer of Peth, says, “This area was declared a restricted area as soon as the lockdown took place. Blocked every road leading to the red light area. A team of police was stationed here for 24 hours. Prostitution that took place here was completely stopped. ”Along with this, sanitation was done from house to house. Most of the women living here and their family members were screened. If any symptoms were found in them, then they were given medicines. Arrangements were made to bring the women who wanted to go home from here. The process started from March till now.

In view of the crowd in the area, it has been made mandatory for the residents to wear masks. In order to strictly follow the rules, the corporation's team raids the area and imposes fines on those who roam without masks. As a result, despite being a crowded area, so far there are so few cases here. 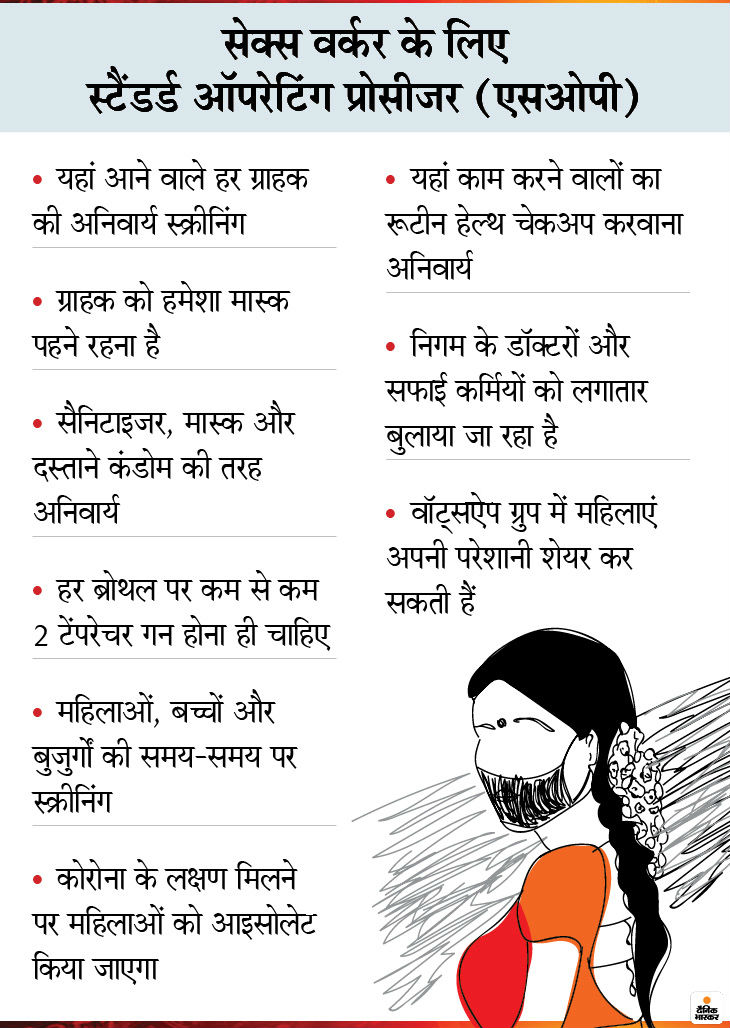 Just after Unlock-1, it was approved to resume body trade with rules here. However, it had to be closed for 15 days in the last week of July after 5 positive cases were reported. Now things are back to normal. According to the stunning survey of the NGO 'Saheli Sangh', which works here, most of the sex workers are back to work. The NGO together with the corporation officials has prepared a special SOP. To take maximum care, they are also being trained through video-audio clips.

Tejaswi says, “We have been working here for many years, but never saw such a problem. The first case of the state came in Pune itself. As soon as we got the information, we gave the women here to Corona Be warned. ”She says,“ There are about 2500 registered sex workers here. Initially it was a little difficult to explain them, but as the cases increased in the city women came forward themselves and started to refuse customers. This area was sealed in about 4 to 5 days and despite the absence of a containment zone, the area remained sealed for almost 100 days during the entire lockdown. '

Sex worker said – came to death hungry
Tejaswi Sevakari says, “When these women were starving, they also started trying the option of video call or 'phone sex' to avoid infection. They can make money through Google Pay or Paytm. Supriya (name changed), who has been working as a sex worker for 7 years in Budhwar Peth, says, “We did not see such a problem even at the time of demonetisation.” Our area was sealed. We were imprisoned in homes, could not even go outside to fetch goods. Earnings were completely shut down. We had also decided that we would not endanger another's life for our own sake. “

All these things and claims came true even during investigation

Despite all these claims, we along with a social worker investigated this area. They were made customers and sent to a brothel. As soon as they started going inside the brothel, they were asked to wear masks and gloves in hand.

On reaching the brothel, the head of the brothel (brothel) sitting with a stick in his hand stopped him. Before entering the room, the rate was determined from him and he took money in advance. The director got his hands sanitized and asked him to deposit his purse and mobile outside. 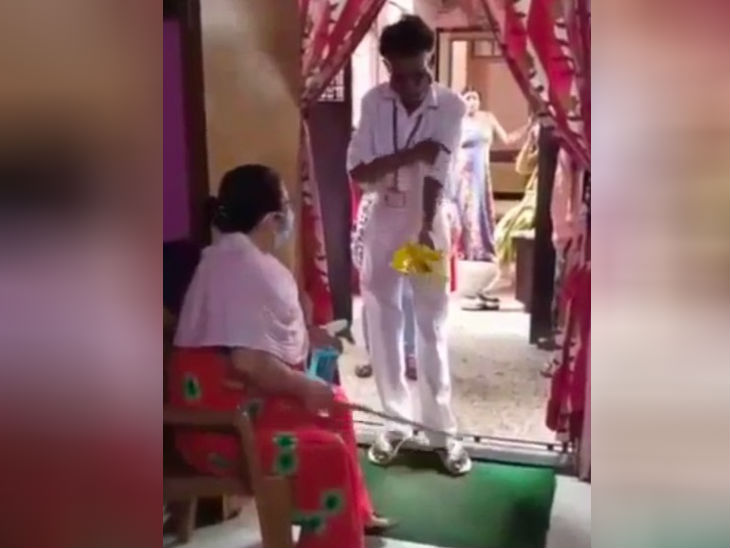 In Bhaskar's investigation, it was revealed that every customer who comes here is being investigated. It is mandatory to wear masks and gloves. Along with this every bathing customer is also being bathed.

After this, they chose a woman present there and took them to a room and started going. The woman took him to a bathroom and asked him to take a bath there. It can be seen clearly in the video that the faces of the women present in the room are covered with masks or clothes.

The person seen in the video said that the virus infection did not spread due to the strictness of the police here. Here 4-5 organizations worked together to distribute ration and distribute vegetables and fruits. Those who are ill are taken to different hospitals. For the last 6 months, he has been continuously taking care of the health of everyone.

Rajnath Singh Reaches Iran to Indicate A Stern Reply to China And Pakistan – Rajnath arrives in Iran to give a strong message to China and Pakistan;

Rajnath Singh Reaches Iran to Indicate A Stern Reply to China And Pakistan - Rajnath arrives in Iran to give a strong message to China and Pakistan;