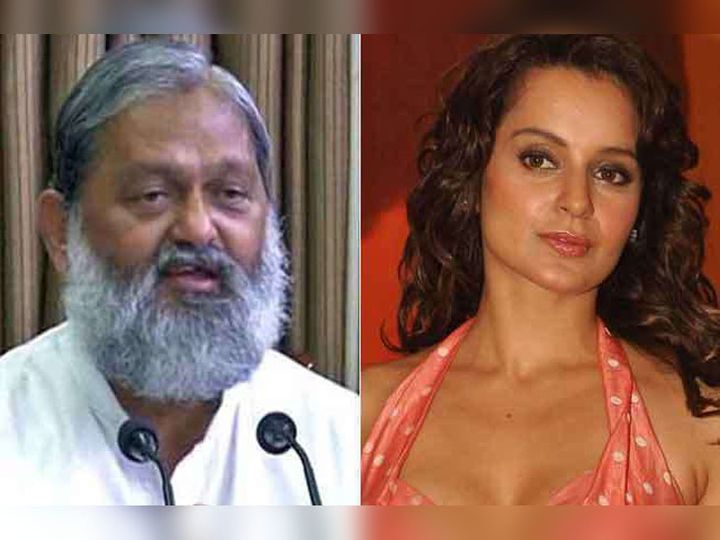 Haryana Home Minister Anil Vij has also stood in favor of Kangana in the case of Bollywood actress Kangana Ranaut being threatened by Shiv Sena leader Sanjay Raut. On Sunday, Anil Vij gave a befitting reply to the Shiv Sena, saying that Mumbai is not a state of any family. Everyone has the right to go there. Vij asks Sanjay Raut whether Mumbai is his father's?

Actually, actress Kangana accused Shiv Sena leader Sanjay Raut of threatening her. Earlier, Kangana had said that she is experiencing POK-like feeling from Mumbai. She became quite trolled after Kangana's statement. In the case, Sanjay Raut told Kangana not to come to Mumbai. On this, Kangana Karara retorted. Said that she is going to Mumbai on September 9, if anyone has the courage, she should stop and show.

Now looking at Kangana's side in this case, Haryana Home Minister Anil Vij said that Mumbai is a part of India and anyone can move here. People who give such threats should take action against them. No one can strangle someone nor stop someone's voice. On Kangana Ranaut demanding protection from the government, Vij said that the government should provide them security. However, before Vij, BJP MP Pravesh Sahib Singh also made a statement in favor of Kangana. He had tweeted that whether anyone's father has a fiefdom in Mumbai? What is happening in Maharashtra?