Hundreds of veterans rally against 'intolerant hooliganism' by Sena 'criminals' | Retired army officer in support of Madan Sharma said, Police and government did nothing to provide justice in the case 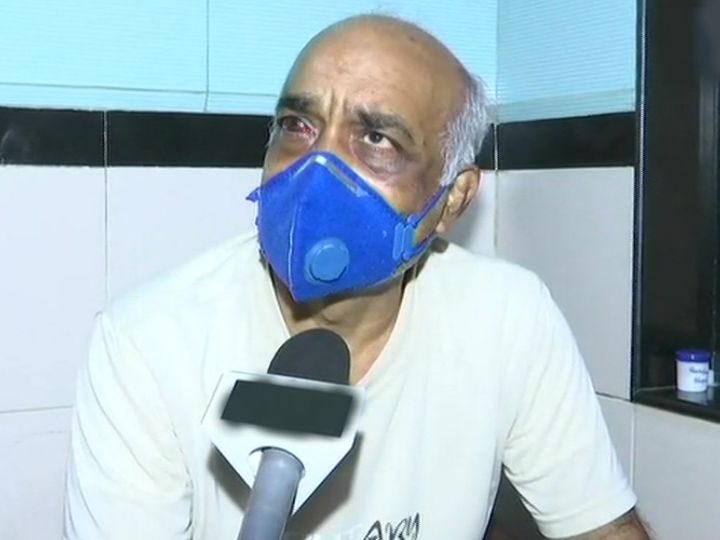 Madan Sharma, a retired Naval Officer living in Kandivali area of ​​Mumbai, forwarded a cartoon on WhatsApp on Thursday. After this, Shiv Sena workers attacked them on Friday.

In Mumbai, Shiv Sena activists entered and beat up a retired Navy officer, Madan Sharma, on Friday. After this, now hundreds of retired army officers have come out in support of Madan Sharma. These include retired Air Chief Marshal, 3 retired Vice Admirals and 5 Air Marshals. Madan Sharma had forwarded a cartoon on Maharashtra Chief Minister Uddhav Thackeray on WhatsApp. After this, Shiv Sainiks were beaten up.

Such an incident is not acceptable with a retired officer
A statement signed by hundreds of retired army officers said that we are retired officers of the Indian Army and honorable citizens of India. We have protected this country during our tenure. The hooliganism incident with a retired navy officer in Mumbai is surprising and not acceptable. Shivsena cadres were brutally assaulted along with the officer.

He said that the police and the government did nothing to bring them justice in the case. Madan Sharma has suffered serious injuries. This has not only hurt him, but has also hurt his honor.

Army officers sign in the statement
The statement also has the signatures of 31 retired lieutenant generals, 44 retired major generals, 38 retired brigadiers and 40 retired officers. It also includes names like Retired Air Chief Marshal Pradeep Naik, Retired Vice Admiral Shekhar Sinha, AR Karve and JS Bedi. It was reported that the number has so far reached 321 and is also increasing continuously.

A simple target on the Shiv Sena
Calling this as hooliganism, all of us also targeted the Shiv Sena. He said that all the accused, including the Chief of the local unit of Shiv Sena who attacked the retired officer, were released after some time. The matter is not even taken seriously by the Mumbai Police and the Government of Maharashtra.

What is the whole matter
Madan Sharma, a retired Naval Officer living in Kandivali area of ​​Mumbai, forwarded a cartoon on WhatsApp on Thursday. In this, the Chief Minister Uddhav was taunted. Apart from Uddhav in the cartoon, there were sketches of Congress President Sonia Gandhi and NCP chief Sharad Pawar. Subsequently, Shiv Sainiks attacked the Naval Officer's house and assaulted him. He suffered serious injuries.

Ministry of Health issued guidelines for reopen higher educational institute in India from 21 September | Health Ministry issued guidelines; Quarantine will have to be done 14 days upon arrival from another city, everyone will be screened before entry

What is MSP (Minimum Support Price) Complete Update | Why Haryana Punjab Farmers Protesting Against Agriculture Bills? All You Need To Know MSP Meaning | What is the MSP, for which farmers are on the streets and opposing the new government's laws? What is the importance of MSP for farmers?