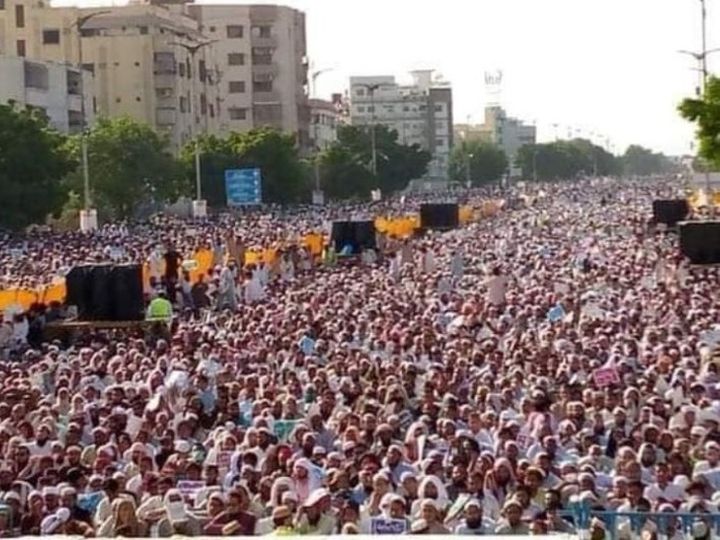 A few days ago, thousands of Sunni Muslims took to the streets in Karachi at the behest of a terrorist organization against Shia Muslims. (File photo)

Conflict between Shia and Sunni Muslims in Pakistan is increasing. Shias fear that there may be incidents of violence in Pakistan in the 1980s and 90s. Then hundreds of people were killed in communal violence.

The protesters say that Shia clerics made derogatory remarks against Islamic scholars during a TV broadcast of the Ashura procession. Now the Shia genocide hashtag trending on social media. Anti-Shia posts are appearing.

20% of the population is Shia Muslims

Shias have 20% of the population in Pakistan with a population of 21 million. No cases have been registered against the protesters so far. Recently, dozens of Shia Muslims were attacked for participating in the Ashura procession. Grenades were hurled at the processions.

Rawalpindi chief Shia Maulvi Ali Raza says Prime Minister Imran Khan is responsible for this anti-Shia protest. It seems that the government is deliberately promoting hate speech. The message is being sent to the Shias as Kafir. They are being threatened with death.

There is a discussion in Islamabad that the government can take action on the Asura processions. Gulzar Hasnain, a Shia student at Karachi University, says that they are scared. Thousands of people from Lashkar-e-Jangvi and Sipah-e-Sabah have gathered at one place and are calling them Kafirs. They are inciting people to kill us. Sohail Khan, an assistant professor at Karachi University, says that there is a possibility of communal violence in Pakistan after demonstrating the strength of Sunni Muslims. While Pakistan Interior Minister Brigadier Ijaz Shah said that everything is under control.