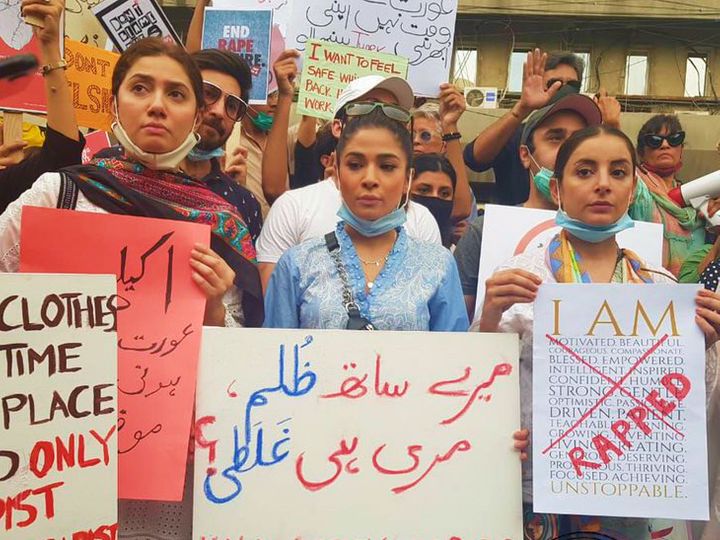 In Lahore, Pakistan, the public anger over the gangrape last week is increasing. There are three accused in this case. Only one arrest has been made. On the other hand, Prime Minister Imran Khan has said that the miscreants should be hanged at the crossroads, or made impotent for the operation.

Some media reports have stated that the victim is a French citizen of Pakistani origin. He was also accompanied by two children in the car at the time of the incident. Protests are being held in several cities of Pakistan, including Islamabad, Lahore and Karachi.

What did imran say
There is anger in the country against the incident. Imran said in an interview on Monday – The punishment given to the accused of murder should be given to the rapists. They should be hanged (hanged) at the crossroads. In addition, they can be made eunuchs by chemical or surgery. Such people should be punished who become an example for other people. However, Imran also acknowledged that it is not easy to take such steps because a class will also oppose them.

One arrested
One accused has been arrested in connection with the gang rape incident. The name of the accused was stated to be Ashfaq Ali. According to Punjab Province Chief Minister Usman Bujdar, the accused has confessed to the crime. His partner Abid Ali is being searched. The police detained 15 suspects in the case.

How did the incident happen
Last week, a woman was returning to Lahore with two children in a car. The petrol of the train ran out on the expressway. The woman informed the husband about the exhaust of petrol and sat inside with the glass closed. Two crooks came there before the husband reached there. He broke the glass of the car and took out the woman and children. Snatched his belongings and phone. Raped the woman in the forest Not only the common people but the celebs also took to the streets after the incident surfaced.

Resentment over the statement of the police commissioner
Lahore Police Commissioner Omar Sheikh, in a media interaction, blamed the woman for the incident. Said- why did she go out on such a night to roam the expressway with the children. Why there were no men together. It is wrong to hold the police responsible for every incident. Sheikh later had to apologize for this statement. According to Pakistan's legal expert Osama Malik, only two percent of the total cases of rape in the country are punished.