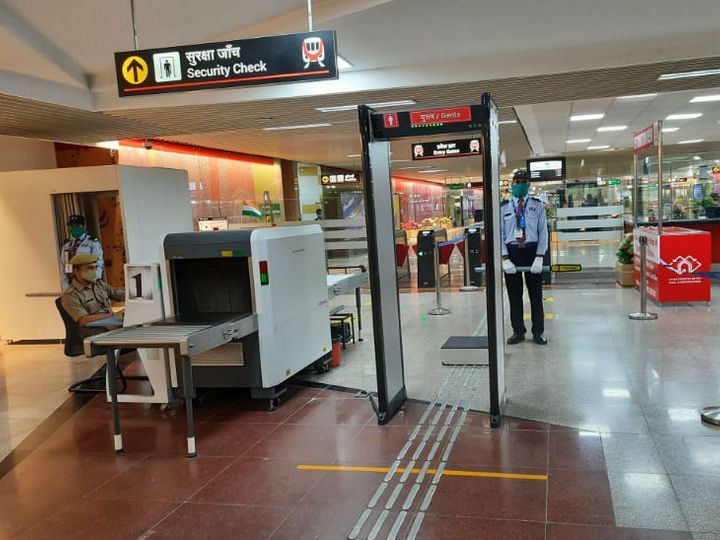 Metro services resumed in Lucknow on Monday. But the passengers were very rare. A lot of arrangements were also made at the metro station.

After about five and a half months, on Monday morning the metro again ran on track. It was the first day, in such a situation that Delhi, Noida or Lucknow, the metro, which was full of chills, was empty. Count's passengers were sitting, that too far away. In many coaches, one passenger was sitting on one seat each. Let us take you on the first day of the metro.

Lucknow: The first train left without passengers
The Metro was closed in Lucknow on March 21 with the introduction of Corona. 171 days later on Monday, when the first metro from Munshi Pulia to the airport, there was not even a passenger in the train till Hazratganj station. But with the passage of time some number of passengers increased. The passengers were mostly women. He said that the metro is much safer in public transport. At the same time, the Rail Corporation says that a total of 45 passengers traveled on the train. 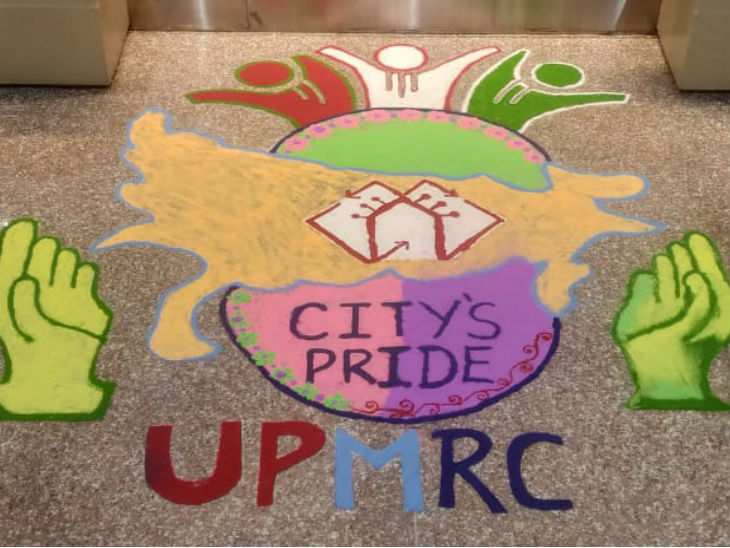 People were alerted by making Rangoli at different places at metro station in Lucknow.

The second most important thing was that the effect of the corona was seen from the entry of the Meto station gate to the journey. Where earlier the posters and eds of the films were kept in the gate and gallery. At the same time, there are now posters of rescue from Corona. Entry was given only after thermal screening of passengers at the entry, examination of sanitary bridges and masks. Not only this, tokens are also being sanitized with ultraviolet (UV) technology. An employee sitting at the counter told that the Lucknow Metro is the first metro in the country where tokens are being sanitized with UV technology.

Automatic machine for token and card was operational at Hazratganj metro station. The female staff standing near her was telling the passengers how to take tokens. On arrival at the station, the guards performed thermal screening and measured the temperature. The guard kept a bundle of masks with him. When asked, he started saying that this mask is free on buying the metro card. If a passenger does not have masks, he will also be given. 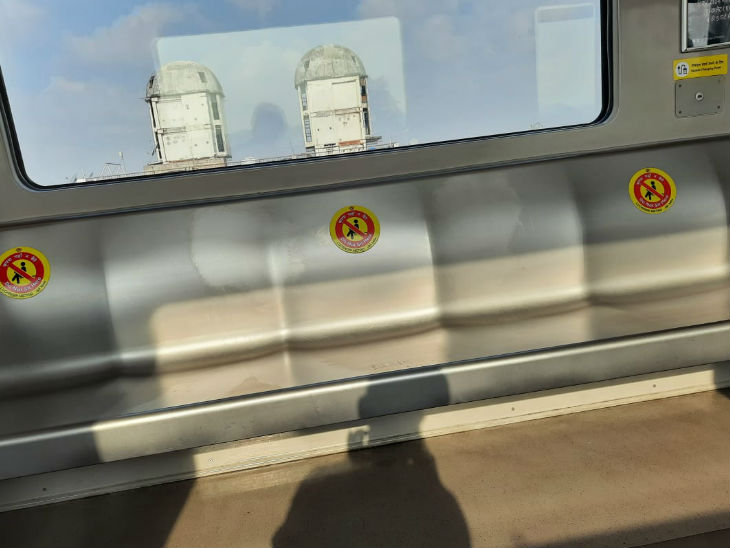 Only few passengers traveled in Lucknow Metro. Most of the seats appeared empty.

Delhi: People said – will save both money and time, had to start already
Delhi's Lifeline Metro also ran again. Here the metro is being run in two shifts. First morning from 7 to 11 am. The second shift will run from 4 pm to 8 pm. Delhi's chocked Metro ran almost empty on Monday. One passenger was sitting on each seat. Kritika, who was going to Huda City Center, was a bit annoyed. She says that the government should have already run the metro. At least there is no problem in traveling to and from office. She says that the journey to the metro is safe and time is also saved. In the first phase, 57 metro trains have been started in Delhi, which will make about 462 trips. 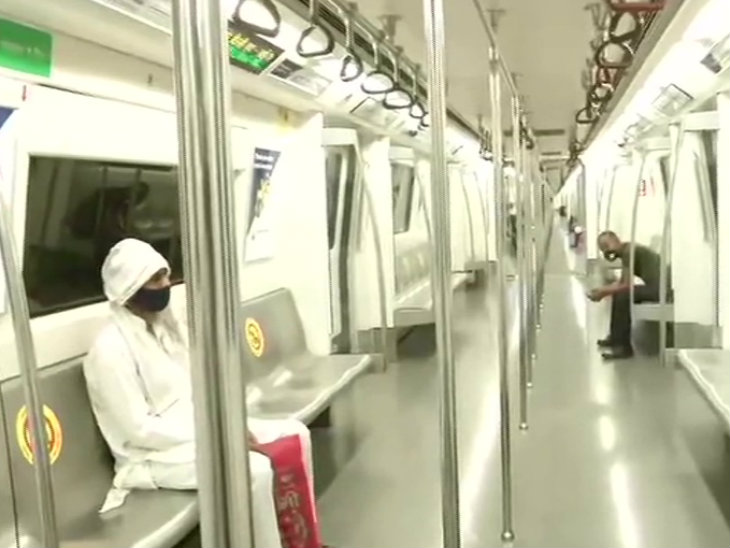 Such was the state of the metro in Delhi.

Corona's full impact was seen in the entry to exit from Delhi Metro. At the station, trains have posters of rescue from Corona in place. People were also seen trying to stay away from each other. Sandeep, who is going from Noida to Delhi, says that now it seems that Corona is going away. Delhi seemed incomplete without a metro. He says that due to non-running of the metro, we had to book cabs every day, in which a lot of money was spent and time was also taken. This decision should have been made in advance. 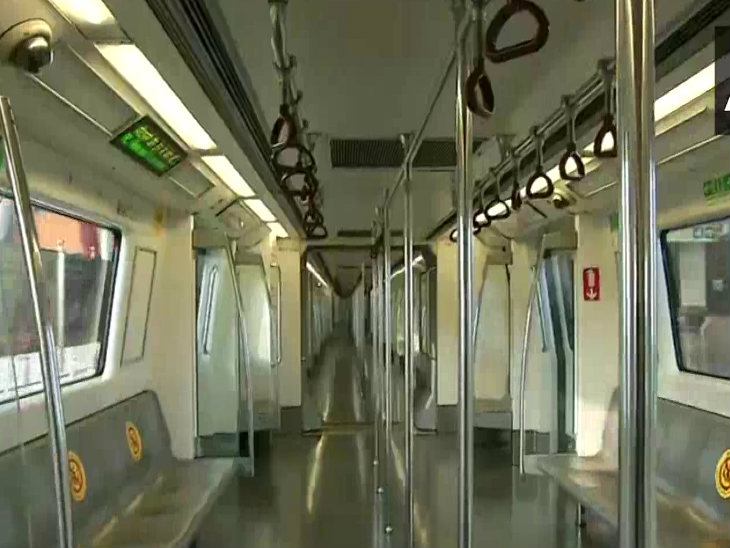 Most of the metro coaches in Delhi looked empty.

Noida: Metro starts on Aqua Line
Metro service started on the Aqua line in Noida. One passenger said that he used to use cabs earlier. This cost me more money. Due to Metro service, I will be able to save my money. People should follow social distancing in the meantime. 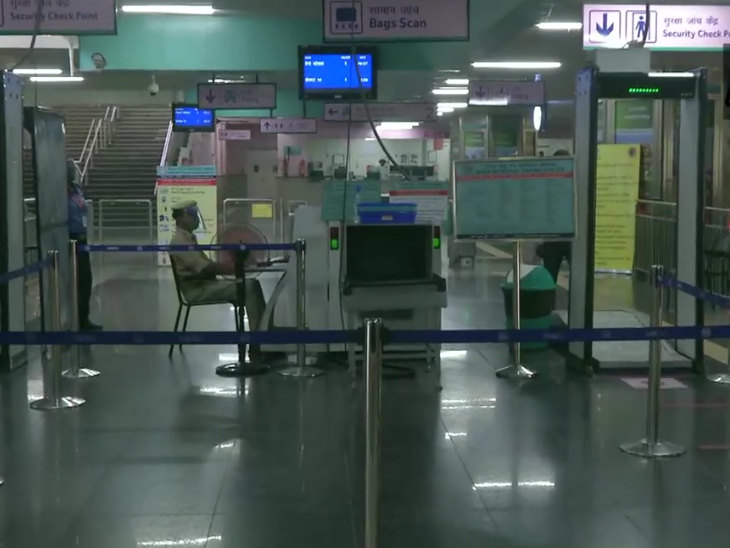 There was silence at the metro station in Noida too. 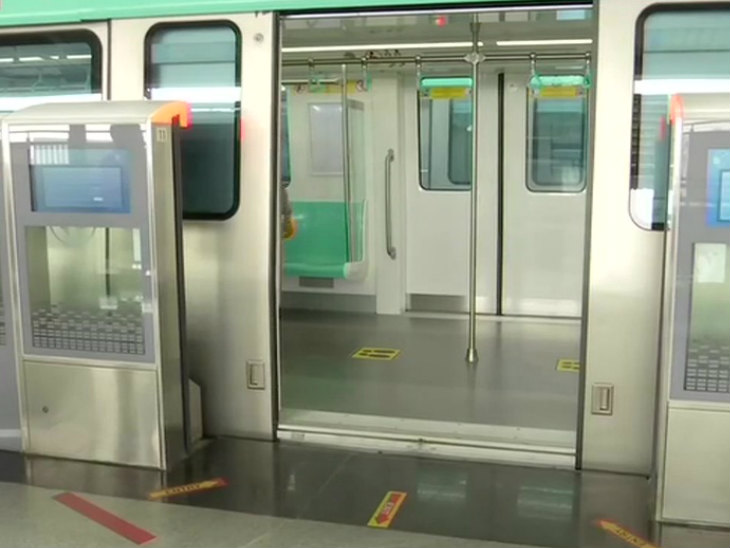 This photo is also of Metro in Noida. Most of the metro remained empty.

Metro has not started in Jaipur from today
Metro service in Jaipur did not start on Monday. Since when will it be decided? According to sources, a new line is ready. It is being told that with its inauguration, metro service will start in the city. It was earlier said that on September 7, the metro will start running here too.