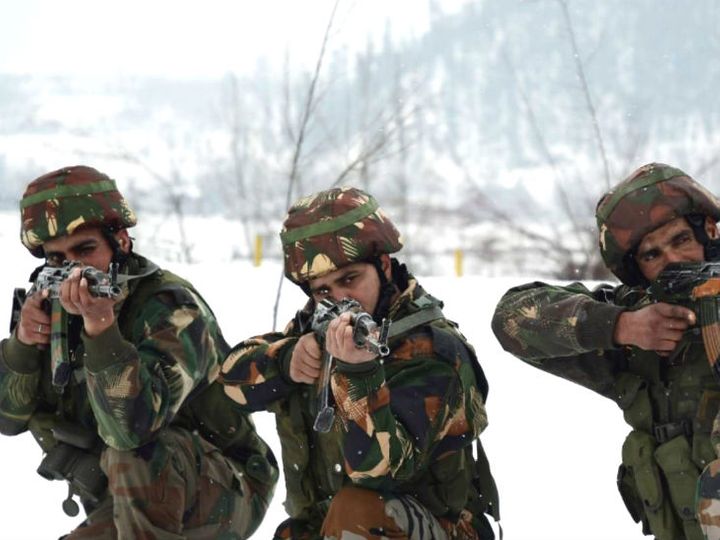 For the first time in 45 years India-China have fired on LAC. In many disputed areas of Ladakh, the soldiers of both are stationed less than 300 meters away. (File photo)

There was a firing between Indian and Chinese soldiers in Ladakh before the meeting of the Foreign Ministers of India-China in Moscow on 10 September. The English newspaper Indian Express has given this report citing sources. According to this, 100 to 200 rounds of aerial fire were fired from both sides at the northern end of Pangong So Lake in eastern Ladakh. The incident took place at the ridgeline, where Finger-3 and Finger-4 areas meet.

Indo-China soldiers in some areas just 300 meters distance
According to the report, during the first week of September, there were considerable movements at the northern and southern end of Pangong So Lake. There was also firing several times. Tension still persists. In many places in the Chushul sector, troops of India and China are deployed just 300 meters away from each other. Meanwhile, the army officers of both countries are to be renegotiated.

Earlier on September 7, India-China issued statements on the firing incident in Mukpari Heights area. It was reported that the LAC was fired after 45 years. Both of them held each other responsible for this. However, no official statement has yet been received about the firing in Pangong area.

On September 10, India-China foreign ministers met in Moscow to settle the border dispute peacefully. It was agreed on 5 points including dis-engagement. But, China is repeatedly backtracking and making frequent movements in disputed areas. Defense Minister Rajnath Singh also said in Parliament on Tuesday that China has amassed troops and ammunition on the LAC, but India is ready.

1. Government's statement on the dispute with China: Rajnath said – China had suffered heavy losses in the skirmish of Galvan, now it is gathering huge amount of army and ammunition at the border.

2. Attempts to reduce tension in Ladakh: India-China Foreign Ministers meeting agreed on 5 points; Continuing the dialogue, the troops will withdraw, there will be no action to spoil

Before Moscow Pact, Indian And Chinese Troops Fired 100-200 Rounds On Pangong North Bank – 100-200 round of rounds between India and China last week on the banks of Pangong Lake: Report