India Corona Cases Total Update | India Crosses 50 Lakh Coronavirus Cases in India News Updates: 10 Most Infected Countries. | 42 thousand people tested for every 10 lakh people, 3500 of them infected; If this speed is maintained, by October, India will have the most patients in the world. 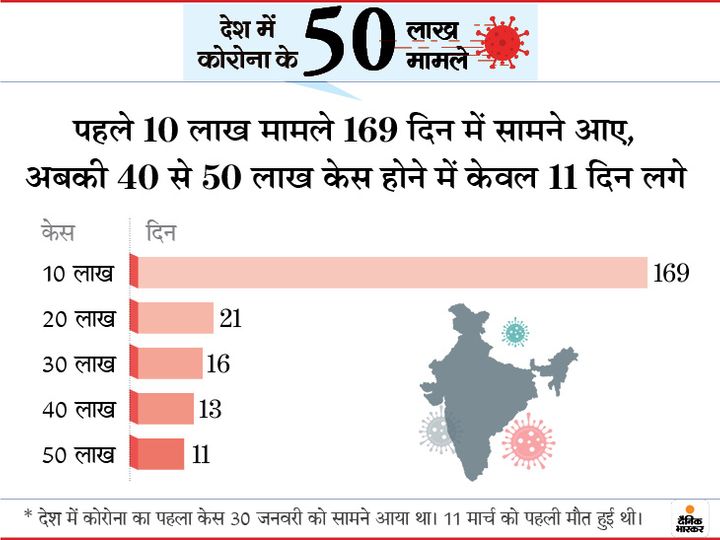 Corona patients in the country crossed 50 million on Tuesday. After America, India is the second country where more than 5 million people have been infected. Here 42 thousand people are being examined in every 10 lakh people and 3500 people are being found infected among them. If this rate of infection increases, then by October, India will have the most patients in the world leaving behind America. On an average, 90 thousand people are being infected here every day. According to this, till October 31, the number of 90 lakh patients and those who die from infection can reach 95 thousand. By December, the number of patients could be 1.50 crore and the number of deaths could be more than 1.84 lakh.

India will be the most infected country in the world in October, in December there may be 150 million patients

* On an average, 90 thousand cases are increasing in India every day. If this pace is maintained, then by December we can touch the figure of 1.50 crore. * Every day 1 thousand deaths are happening in the country. At this pace, 1.84 lakh people could lose their lives by December.

Over 39 lakh people recovered, recovery rate increased to 78%
Thankfully 39 lakh people have been cured out of 5 million infected. There are currently 1 million infected people who are undergoing treatment. The rate of recovery of infected people in the country has now exceeded 78%. Meaning 78 people are getting cured in every 100 patients. The recovery rate in the US is 59.68%. Here 59 people are recovering in every 100 patients. 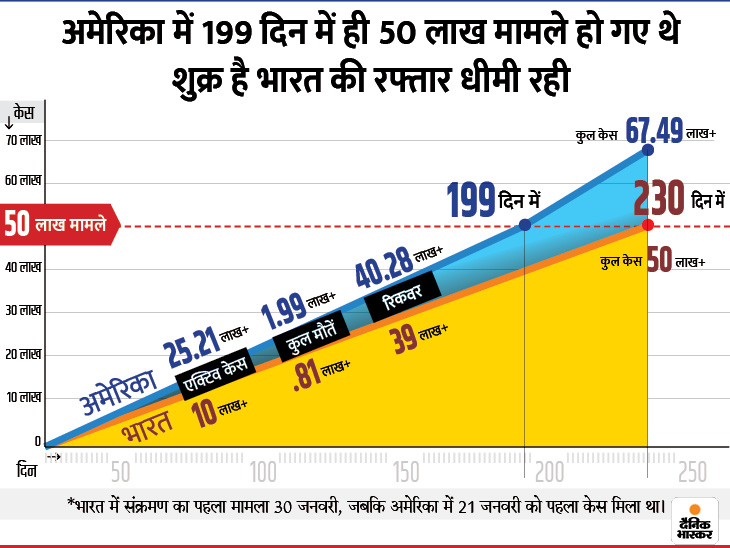 Less than 5 thousand active cases in 14 states of the country
Maharashtra has the highest number of 10.90 lakh patients in the country. This is also the highest 2.77% death rate. At the same time, Tamil Nadu leads the top-7 most infected states and union territories in terms of recovery rate. Here 89.24% patients have been cured. There are 14 states and union territories of the country where there are less than 5000 active cases. These include states like Puducherry, Himachal Pradesh, Goa. 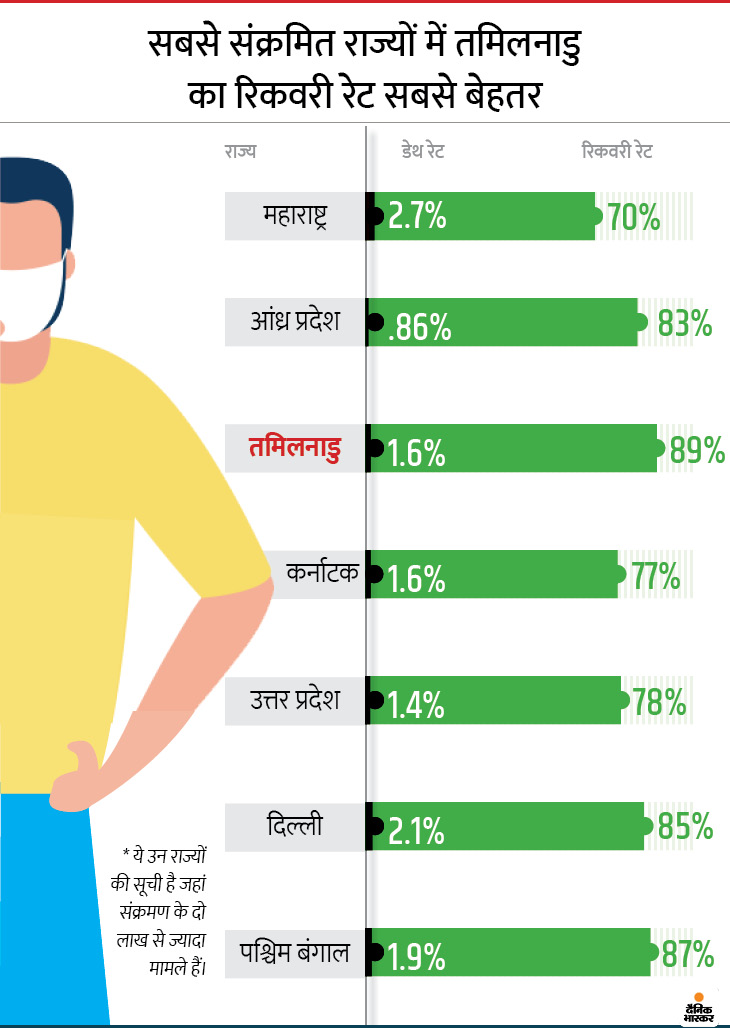