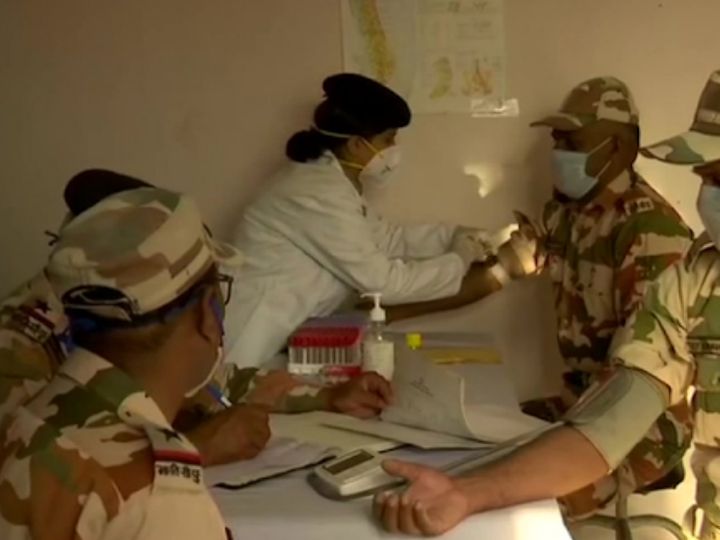 The ITBP has sent women doctors and other staff to forward locations in Ladakh about a week ago. (File photo)

The ITBP has changed its Standard Operating Procedure (SOP) in the midst of ongoing tension along the China border, in which women officers were not previously posted in such areas.

Female officers deployed along with other para-medics
The ITBP has sent female doctors and other staff about a week ago. Officials claimed that earlier only male doctors were sent to forward locations near the Line of Actual Control (LAC).

The top ITBP officer in Leh said that women officers are now being posted in the border area along with other para-medics to look after the soldiers. The task of these women doctors is mainly to take care of the medical requirements of the soldiers. They have been deployed with para-medics in various areas.

Apart from this, pharmacists and nursing assistants have also been deployed on a large scale to deal with any situation and adequate supplies are being sent continuously as per the need.

Medical officer of Leh was also given charge to female officer
Soldiers from every corner of the country are reaching Leh base. Here they have to undergo strict health checkup. Only then they are given a fitness certificate. Here only women officer has been given charge.

Dr. Katyayani Sharma is in charge of this medical base and is responsible for sending only fit soldiers to the forward location. Each soldier has to pass through 3 stages before the final clearance. Only then the doctor issues him a fitness certificate.

Apart from China, Corona is also its main reason
Apart from China, Corona is also a major threat in Leh. Because of this, the ITBP sends its troops forward only after the fitness test, which takes a lot of time. A base has been built in Leh for the soldiers coming from all over the country, here the soldiers are quarantined for a few days. Soldiers have to undergo physical checkup in four stages.

Soldiers are required to undergo mandatory checkups such as temperature checks, vital checks and blood tests before being sent to forward locations. ITBP doctors keep a special eye on soldiers with high blood pressure. Only after successfully crossing all these checkups are sent for fitness check.