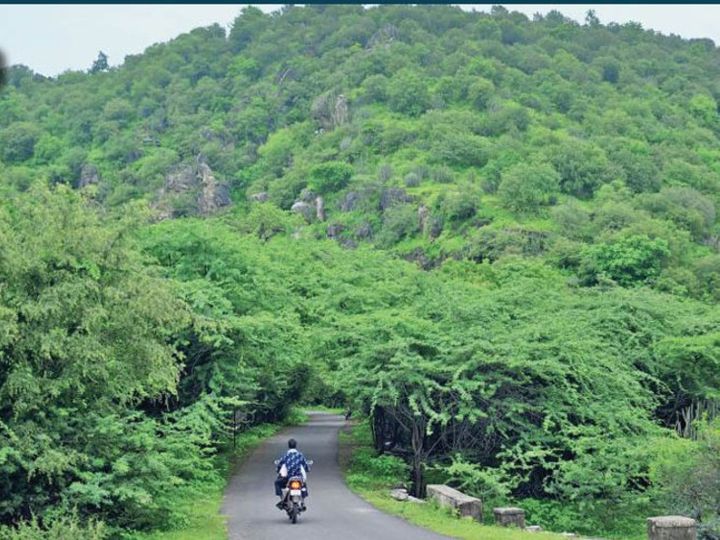 Greenery among the mountains outside the village of Barachha, 8 km from Badnawar town in Dhar, Madhya Pradesh.

(Anirudh Sharma). In the Corona period, clear and blue sky appeared in all the countries of the world after years. In the early days of lockdown, Himalayan peaks were seen from the roofs of buildings in Punjab and Uttar Pradesh. This happened due to reduced vehicular traffic and industrial activity on the roads.

In many countries of the world, people started cycling instead of cars. United Nations (UN) has announced for the first time to celebrate 'International Clean Air Day for Blue Sky' on 7 September. United Nations Secretary-General Antonio Guterres will issue a video message on Monday on this special day.

In this, they will urge the implementation of environmental standards, policies and laws to curb air pollution, eliminate subsidies on fossil fuels, international cooperation for clean energy and urge developing countries to shift fossil fuel based projects to clean energy .

India is the country most affected by air pollution

That is, today 80-85% of energy comes from coal and biomass. These are the biggest factors of air pollution. Energy methods have to be changed to reduce pollution in the country. Replacing coal and biomass should be our first priority. India should move rapidly towards e-vehicle.

92% of the world's population breathes polluted air; Impact on crops too