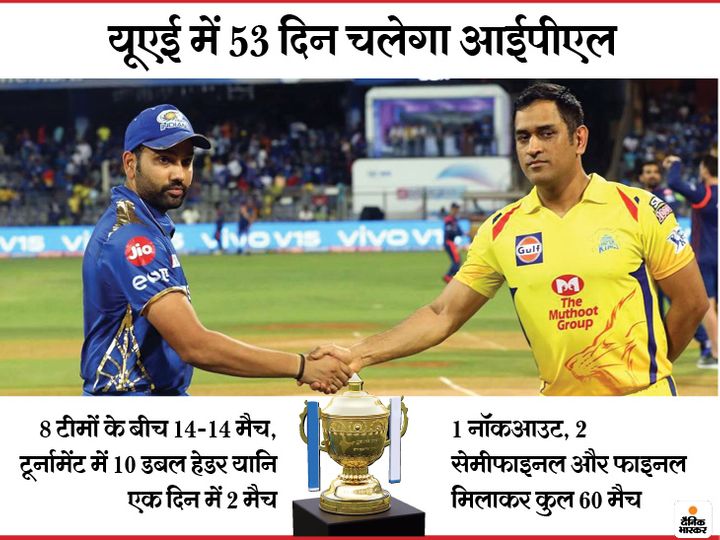 BCCI released the schedule of IPL season-13 on Sunday. In the Corona Round, the IPL will begin in the UAE without an audience on 19 September. The first match will be played between the last time champions Mumbai Indians and Chennai Super Kings. The final will be held on 10 November i.e. Tuesday. For the first time in the history of IPL, the finals have been kept on Week-Day Tuesday instead of Sunday.

The tournament will have 10 double headers i.e. 2-2 matches in a day. The evening matches will start half an hour before the old schedule i.e. 7.30 pm. The afternoon matches will be played from 3.30 pm.

Only 24 players will be with each team

The IPL Governing Council has allowed each team to carry only 24 players due to Corona. The first franchise was allowed to have 25 players. Unlimited Corona Substitute was also approved in the tournament. That is, if a player turns out to be Corona positive in the tournament, then the team will be able to replace him with another player.

All 60 matches will be played in three stadiums.

All 60 matches of the IPL will be played in Dubai, Abu Dhabi and Sharjah. In India, these matches were held in 8 places. Due to matches in only three places, this time it will be easier to monitor corruption and match fixing in IPL than before. This was said recently by Ajit Singh, Head of Anti Corruption Unit (ACU) of BCCI.

What new this time

There is still suspense over whether England and Australia will be able to play the opening match. There are 17 players from Australia and 13 from England to participate in the league. In fact, England and Australia's third and last ODI will be in Manchester on 16 September. Players from both teams will leave for London from Dubai on the 16th or the next day.

They will have to undergo a corona test after arriving in the UAE. If their test comes negative, then only they will be able to get out of the 7-day isolation zone. In such a situation, all players will be able to play IPL from the second week. While franchises have said that all players will come to the UAE from a bio-secure environment, there is no need to keep them in isolation. 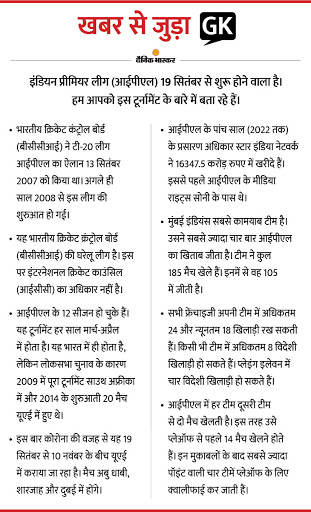 These new features came in this old phone of Realme, so you can also update your smartphone. gadgets – Tech News